The roots of the Chevy Camaro Z28 nameplate stretch back to the glory days of the American muscle car era, offering street-legal, race-ready performance right out of the box. Now, we’re hitting the drag strip with this example from 1974, taking the fight to a 1964 Studebaker Commander.

These two classics are running side-by-side at the Mid Michigan Motorplex in Montcalm County, Michigan, battling it out in the Pure Stock Muscle Car Drag Race series. The series allows for limited modifications, but stipulates a factory-like appearance to keep the nostalgia vibes rolling in. The video comes to us from the Cars And Zebras YouTube channel, and per usual, it includes not only some great racing action, but also a walkaround and specs for both vehicles.

Let’s start with the 1974 Chevy Camaro Z28, which presents in white paint with a red interior. Under the hood, this Camaro is running a 350 cubic-inch V8 rated at 245 horsepower at 5,200 rpm and 280 pound-feet of torque at 4,000 rpm, mating to a four-speed manual transmission. In back, there’s 3.73 gearing, while vehicle weight is estimated at 3,906 pounds with the driver. 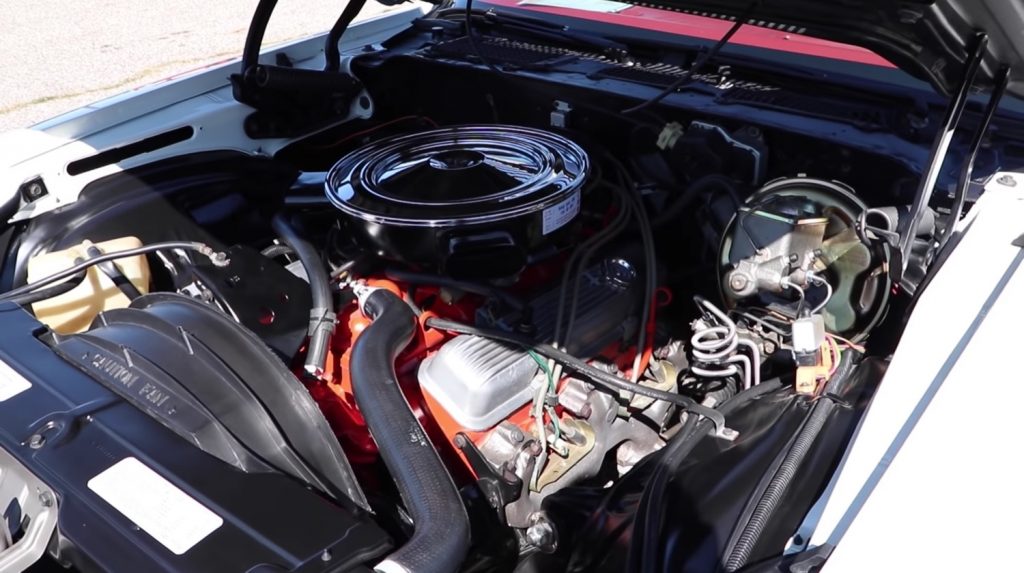 Challenging the Chevy Camaro Z28 is a 1964 Studebaker Commander, the introductory model year for the Commander nameplate after its discontinuation at the end of the 1958 model year. Under the hood, the Stude is powered by a 289 cubic-inch V8 engine rated at 290 horsepower and 280 pound-feet of torque, although, as the video points out, the real rating is likely around 305 pound-feet. Output is routed through a four-speed manual transmission and 4.56 rear gears, while vehicle weight is estimated at 3,584 pounds.

All told, these two machines are actually quite well-matched, as evidenced in the video, where a three-round drag battle comes down to the final race. Check out which model comes out on top by hitting play on the video below: