Chevrolet fired off a heavy salvo of horsepower with the introduction of the Chevelle SS, marking the Bow Tie brand’s entry into the muscle car wars and establishing a loyal following among go-fast enthusiasts. Now, we’re checking out this 1969 Chevelle SS as it lines up for some passes down the 1320 alongside a 1970 Dodge Challenger RT.

Once again coming to us from the Cars And Zebras YouTube channel, this drag racing video features some nice, close racing, but before we get to that, the video kicks off with some walkaround footage and specs on both vehicles. 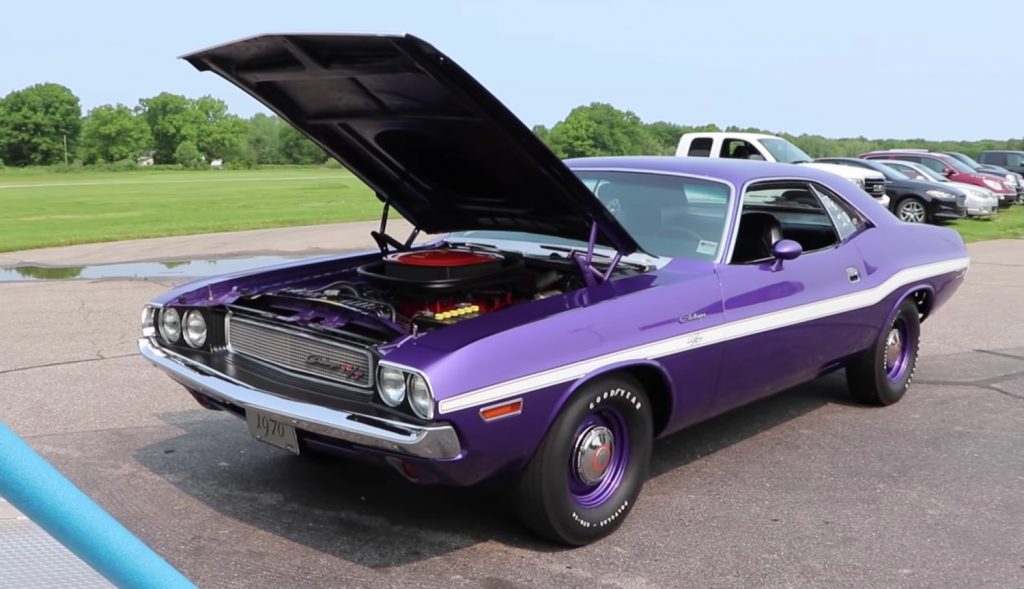 Lets kick it off with the 1970 Dodge Challenger, which begs for attention thanks to its bright Plum Crazy paint job. This particular model is fitted with a 440 cubic-inch V8 topped by three two-barrel Holley carburetors, with output rated at 390 horsepower at 4,700 rpm and 490 pound-feet of torque at 3,200 rpm from the factory. Routing it all to the rear axle is a TorqueFlite three-speed automatic transmission and 4.30 gears. Curb weight with the driver is estimated at 3,644 pounds.

In the other lane, we have a 1969 Chevelle SS. This slab of Detroit muscle is running a 396 V8, specifically the L89 option with factory aluminum heads, which was offered between 1968 and 1970. Additional features include four-bolt mains, a Holley 780 cfm carb, high-rise aluminum intake manifold, forged steel crankshaft, and high-lift solid lifter cam. Output when new was rated at 375 horsepower at 5,600 rpm and 415 pound-feet of torque at 3,600 rpm, connecting to a three-speed automatic transmission and 4.88 gears. Total weight with the driver is estimated at 3,690 pounds.

Both vehicles look bone stock, but fall under the “Pure Stock Muscle Car Drag Race” regulations, which allows for limited modifications. Check out the racing by hitting play on the video below.