If you recognize this 1968 Chevy Camaro, it might be because it played a role in the gasoline-soaked feature film “Need For Speed.” Now, this mean-and-green Chevy is prowling the streets of Los Angeles with a heady dose of show and go. This particular Chevy Camaro is one of two identical builds for the movie, with racing driver/TV host Tanner Foust taking a spot behind the wheel for the on-screen stunts. Interestingly, this Camaro was also previously owned by TV personality Rutledge Wood.

The current owner found the car up for sale in Atlanta, Georgia, and was immediately smitten, flying from California to check it out in person. After purchasing it, the new owner then decided to drive his new machine all the way back home to Los Angeles, buying some tools along the way just in case mechanical issues reared their ugly head. As it turns out, the new owner did happen to hit a snag in Texas with some clutch problems. Lucky for him, he managed to get the Chevy Camaro into Aaron Kaufman’s shop for an expert repair.

All told, this machine was built to perform on screen, and runs an LS3 V8 engine making some very healthy noises. The V8 connects to a Tremec 600 five-speed manual transmission feeding a Currie 9-inch rear end.

Naturally, there are plenty of suspension mods as well. “It feels like something else,” the owner says. “It doesn’t feel like a classic car. It handles so well.”

Highlights include an upgraded hand brake to lock the rear wheels for mid-drift corrections, as well as upgraded with Wilwood brakes. 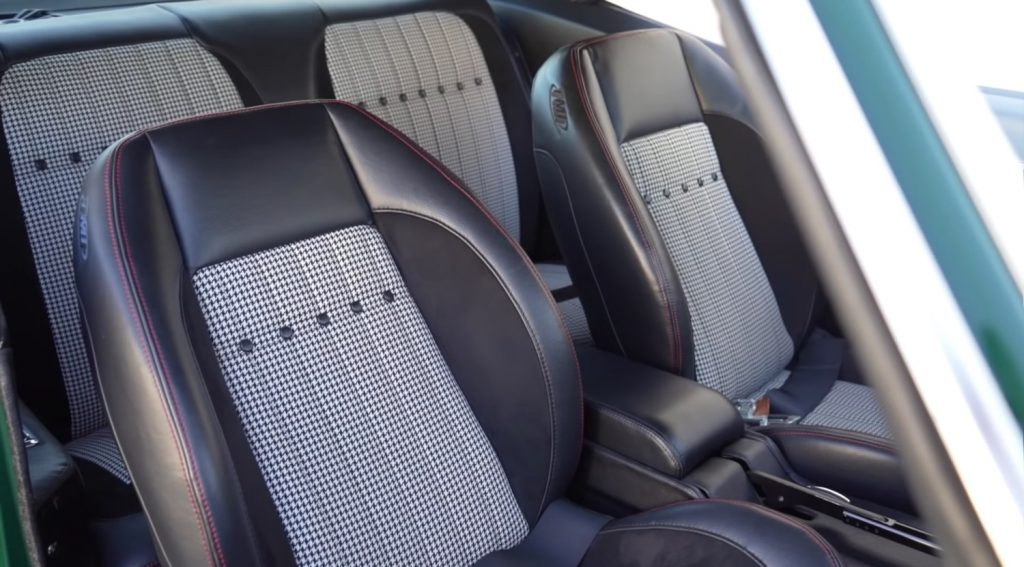 In terms of looks, this Chevy Camaro is covered in green paint and rides on black Forgeline wheels. There’s also houndstooth upholstery for the TMI seats, and a set of Dakota Digital gauges

Indeed, this is one sweet ride, so check it out for yourself in the video below: