We love a high-priced custom show queen just as much as any other gearhead, but at the end of the day, cars are meant to be driven and enjoyed. And that’s exactly what we get with this 1966 Chevy Chevelle, which rocks a small block under the hood with a heady dose of nitrous to boot. 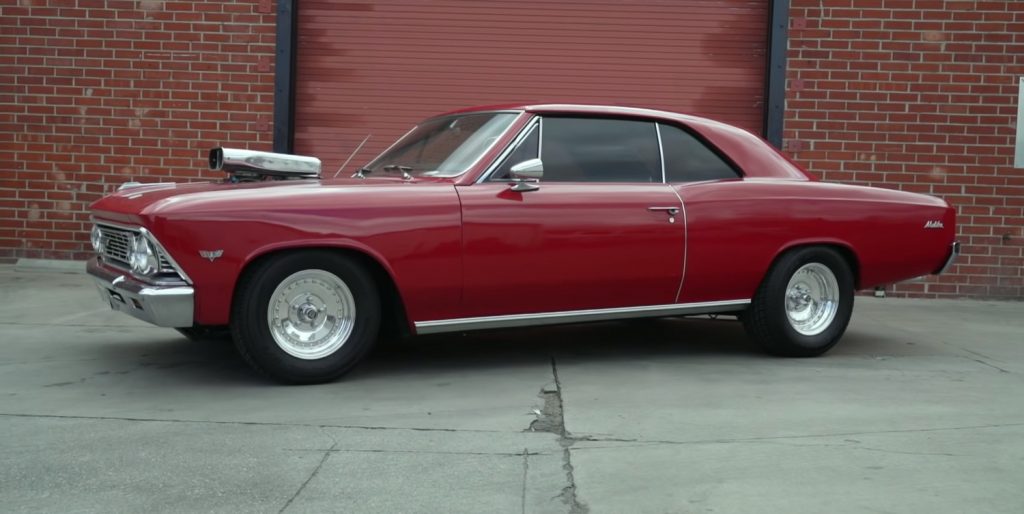 Coming to us from the AutotopiaLA YouTube channel, this video is just over nine minutes long and features an enthusiast-built 1966 Chevy Chevelle that looks like it’s an absolute blast to drive. The owner purchased the two-door in 1983 from the grandson of the original owner who bought it brand-new. At the time, the Chevelle was bone stock, with a 283 and three-speed transmission. Now, however, it’s got a little something extra in store.

Funny enough, the Chevy Chevelle has had seven different engines in it since ’83, with the current powerplant being a stroked Chevy Small Block 350, MSD ignition, and of course, a little laughing gas as well. The small block routes output to the rear wheels through an M22 four-speed transmission and 3.73 gears.

The suspension work is pretty basic, with new shocks, sway bars, and bushings, with a four-link in the rear. The brakes were also upgraded to discs at all four corners. 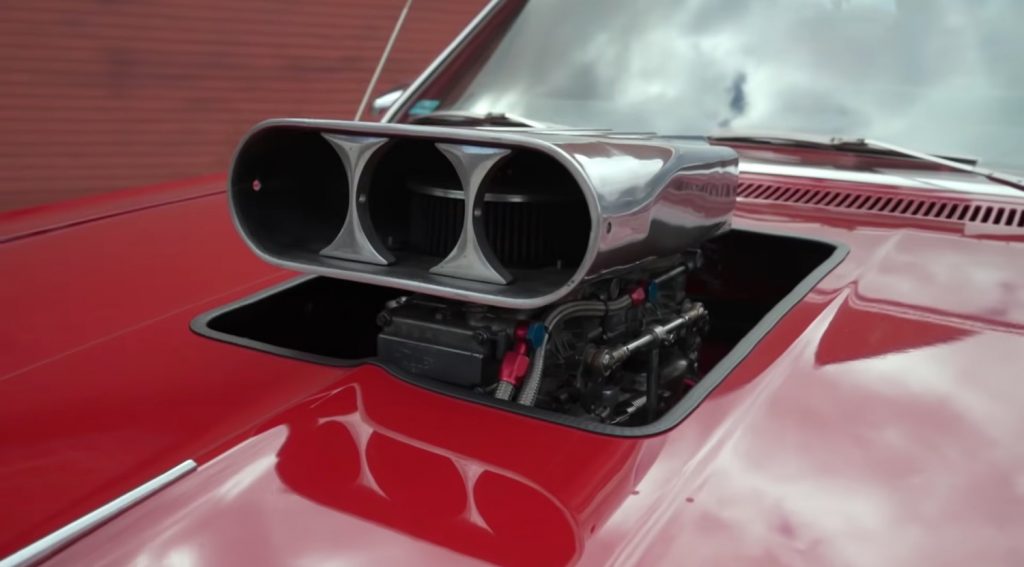 Outside, this upgraded Chevy Chevelle rocks a hood cutout with the air cleaners sticking out like a blower. While the engine is still naturally aspirated, the owner liked the look, so he stuck with it. Complementing the go-fast appearance are new Centerline wheels, with staggered rubber to give it a nice raked profile.

The interior finishes it all up with some aftermarket gauges. The shifter includes buttons for the line lock and nitrous, while some tuning dials for timing are in the glovebox. 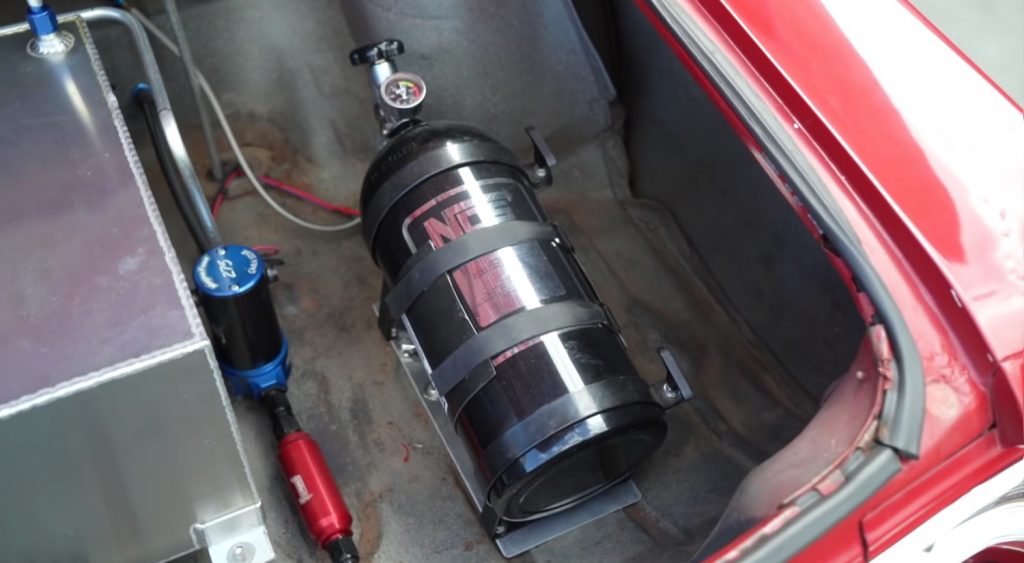 All told, this 1966 Chevy Chevelle is a clean, simple build, with relatively mild upgrades for fun on the street. Check it out in its entirety by hitting play on the video below: