This custom 1959 Chevy Apache ticks all the right boxes. Not only does it have the old-school styling and classic look, but it’s rocking modernized guts with a healthy V8 under the hood. To sweeten the deal, the owner actually uses this machine as a daily-driven work truck. Now, we’re checking it out thanks to the following feature video from AutotopiaLA. 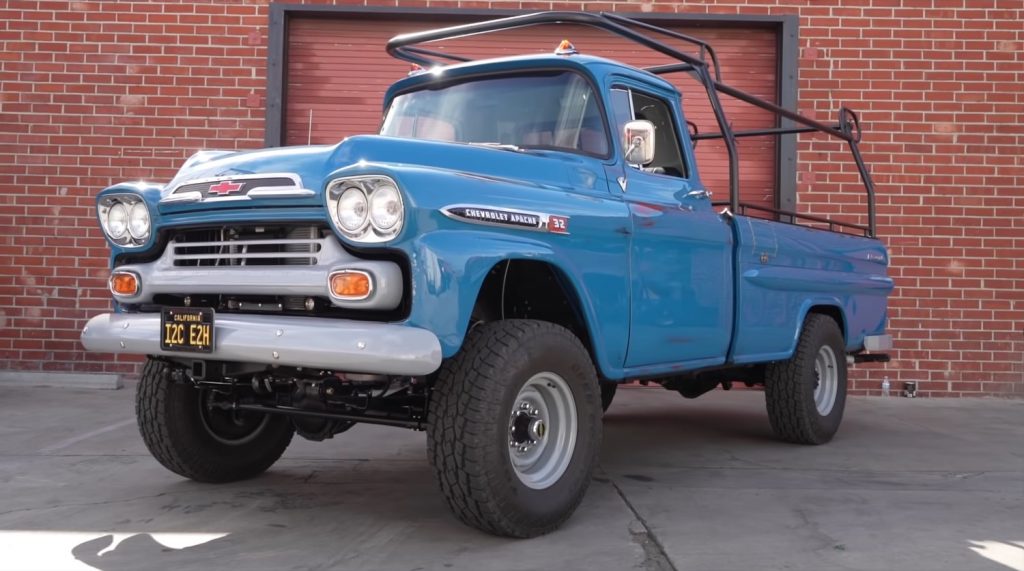 To make his dream truck a reality, the owner turned to Rob from RJ Fabrication. Rob needed some convincing before he got to wrenching, as the build was a bit out of his wheelhouse, but the results speak for themselves.

“He wanted an all-around, daily-driver work truck that was just retro but had all the features of a newer vehicle and was capable of doing everything that a new truck could do today,” Rob says.

To start, the 1959 Chevy Apache body was dropped onto a modern Chevy Silverado 2500HD chassis, the wheelbase of which was shortened down approximately seven inches to make it all fit right. The truck was originally 2WD, but now it’s 4WD, with Detroit TruTrac diffs up front and in back. Motivation is sourced from an LS3 V8 engine with a new cam, estimated to produce around 550 to 560 horsepower, and connecting to a 4L80 transmission. 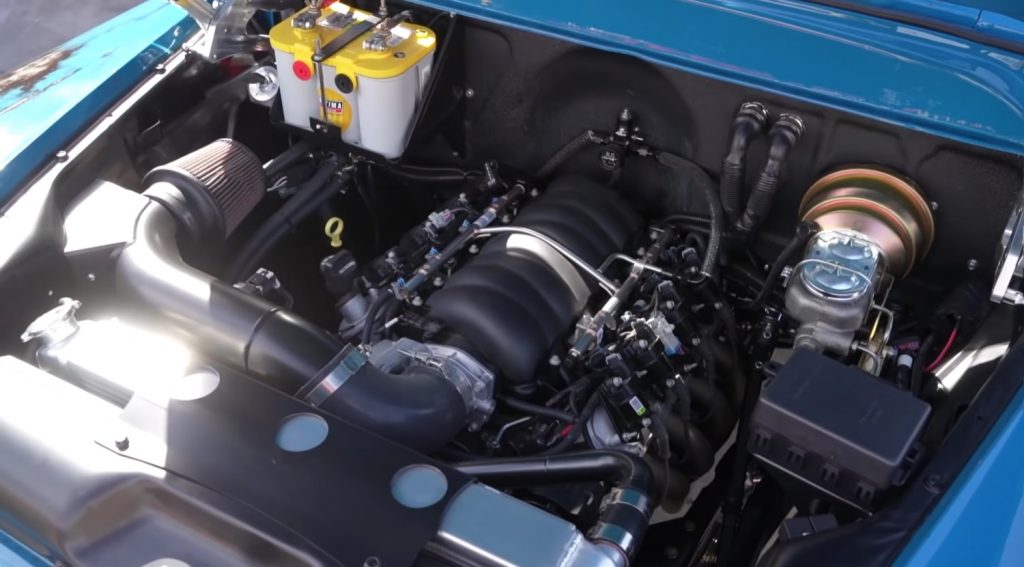 Further modifications include larger fuel tanks (two of them), plus a custom suspension with bespoke leaf springs and Fox remote-reservoir shocks at all four corners. There’s also an air setup in back to help keep it level when dealing with heavy loads, and there are new brakes too.

Of course, the old-school Chevy Apache looks good rolling down the road, with scuffs and paint imperfections adding even more character. The stock steel wheels were powder-coated in gray. 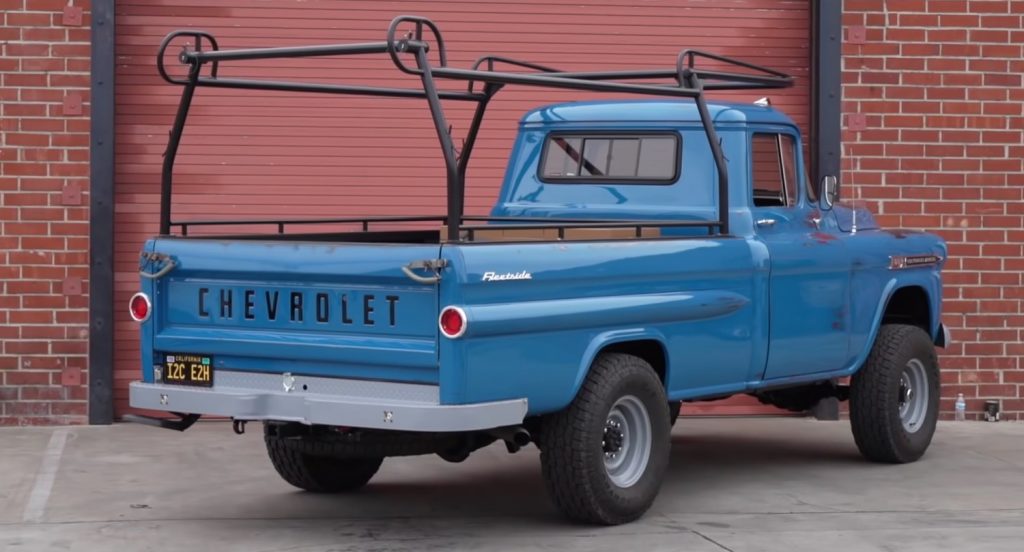 While modernized, the build still keeps the classic aura, all while adding surprising functionality, such as with fifth-wheel hookup and bed-mounted tool box, plus a rack up top, new back up lights, and step-ups for the bed.

All told, this Chevy Apache is packed with cool little details, so hit play to see it for yourself.