Back in February, Chevy provided the pace cars for all three NASCAR national touring series races at Daytona International Speedway, with a C8 Corvette Stingray leading the field in the NASCAR Cup Series, a Chevy Camaro SS 1LE leading the field for the Xfinity Series Beef It’s What’s For Dinner 300, and a Chevy Silverado 1500 RST used for the NASCAR Camping World Truck Series’ NextEra Energy 250. Notably, all three vehicles provided pace duties in a unique livery, as well as the eye-catching Rapid Blue paint color. Which got us thinking – will the upcoming 2022 Chevy Silverado be available to customers in Rapid Blue as well? 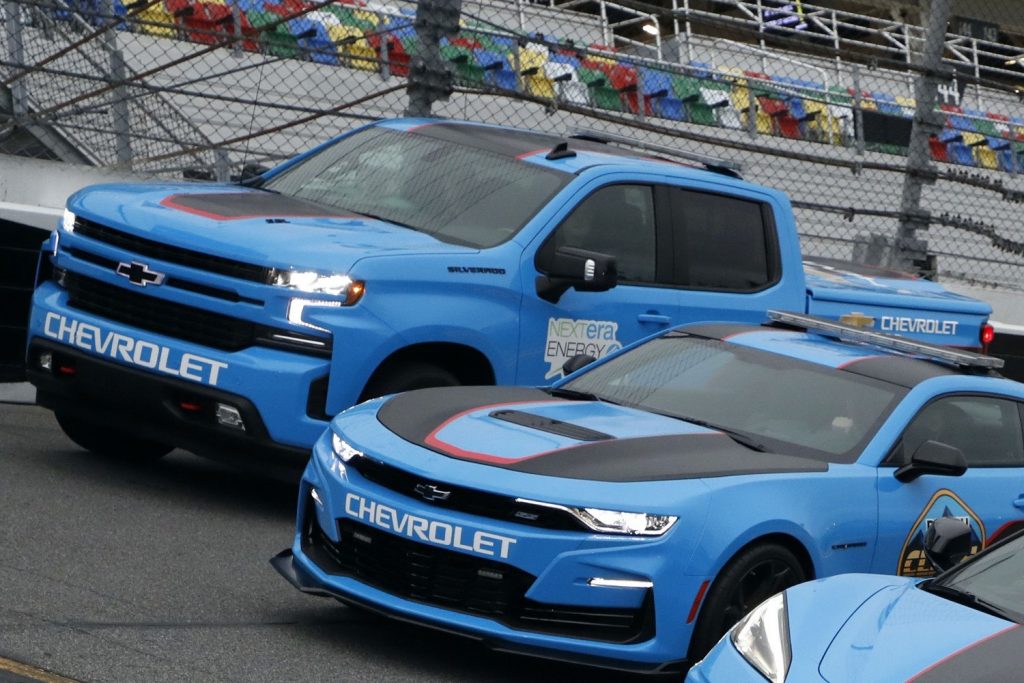 For those readers who may be drawing a blank, Rapid Blue paint originally debuted with the C8 Corvette Stingray as an exclusive hue. However, as GM Authority covered previously, the Chevy Camaro gains the color with the 2022 model year.

As one of the more electrifying hues in Chevy’s color palette, Rapid Blue does well to set apart any vehicle. The question is – will the 2022 Chevy Silverado offer it?

For now, there’s no clear indication whether or not the pickup will indeed gain the color going forward. GM Authority reached out to General Motors for confirmation, but so far, the automaker has declined to either confirm or deny. Either way, the upcoming 2022 model year will introduce a refresh for the Silverado 1500, which makes it a good opportunity to update the options list with Rapid Blue. 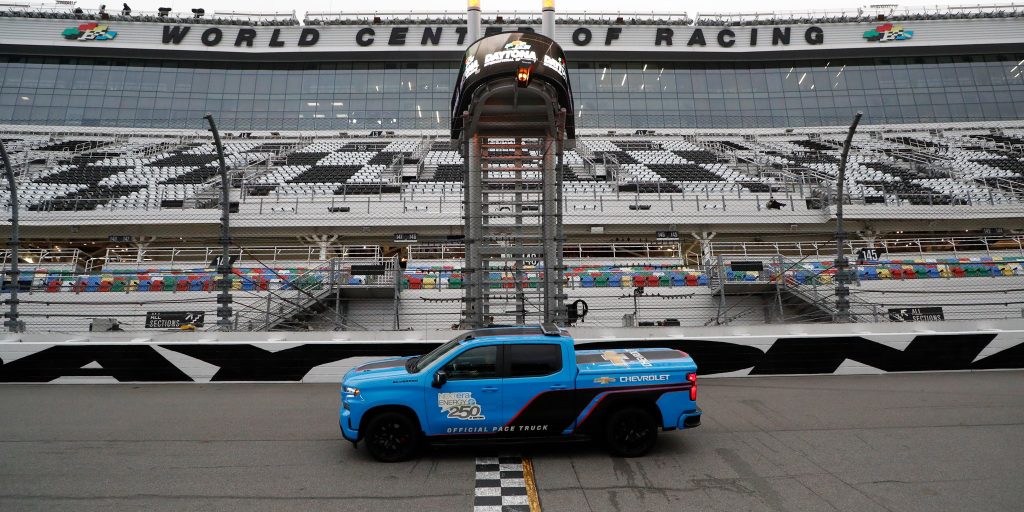 Regardless, we think the Chevy Silverado looks great when dressed in Rapid Blue, as evidenced by the pace car that lapped Daytona earlier this year.

Do you agree? Should the 2022 Chevy Silverado offer Rapid Blue as an optional extra? Or should the color stay with the Corvette and Camaro? Let us know your thoughts by voting in the poll below, and remember to subscribe to GM Authority for more Chevrolet Silverado news, Chevrolet news, and around-the-clock GM news coverage.