Coming to us from Timothy Adry Emmanuel on Instagram (@adry53customs), this custom Chevy Tahoe rendering enhances the styling of the late first-generation special-edition SUV with a host of performance-flavored details.

For those readers who may not know, Chevrolet introduced the Chevy Tahoe Limited for the 2000 model year, drawing inspiration from the Tahoe SS concept from 1996. Draped exclusively in Onyx Black paint, the Chevy Tahoe Limited was equipped with new ground effects, black detailing for the grille and bumpers, front fog lamps, and deletion of the roof rack, as well as a lowered suspension, new shocks, a limited-slip rear differential, and 16-inch wheels. 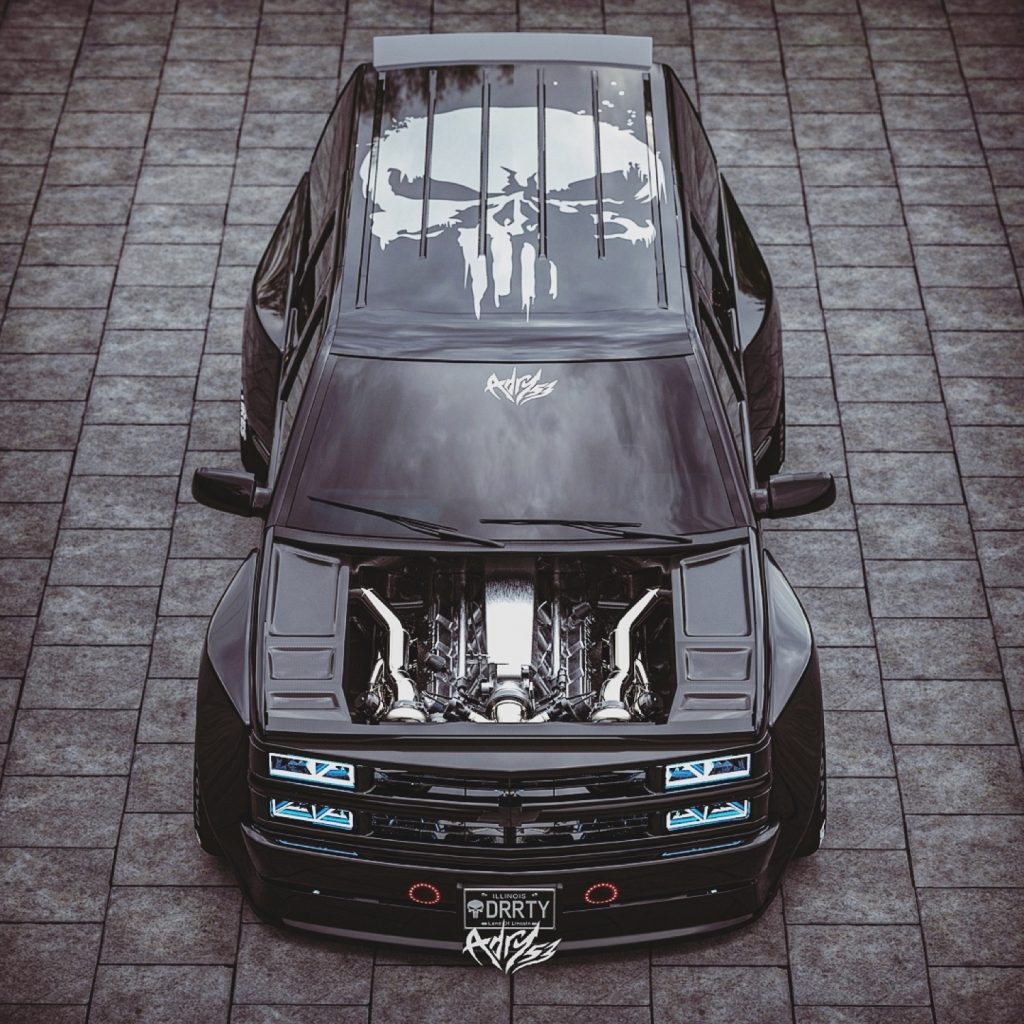 All told, the Chevy Tahoe Limited was a sportier take on the SUV, but this rendering takes it to a whole new level. The first thing to grab us is the front end, which rocks crystal LED lighting and red-ringed lights in the bumper, as well as broad grille slats that give us a peek at two sizable turbochargers. 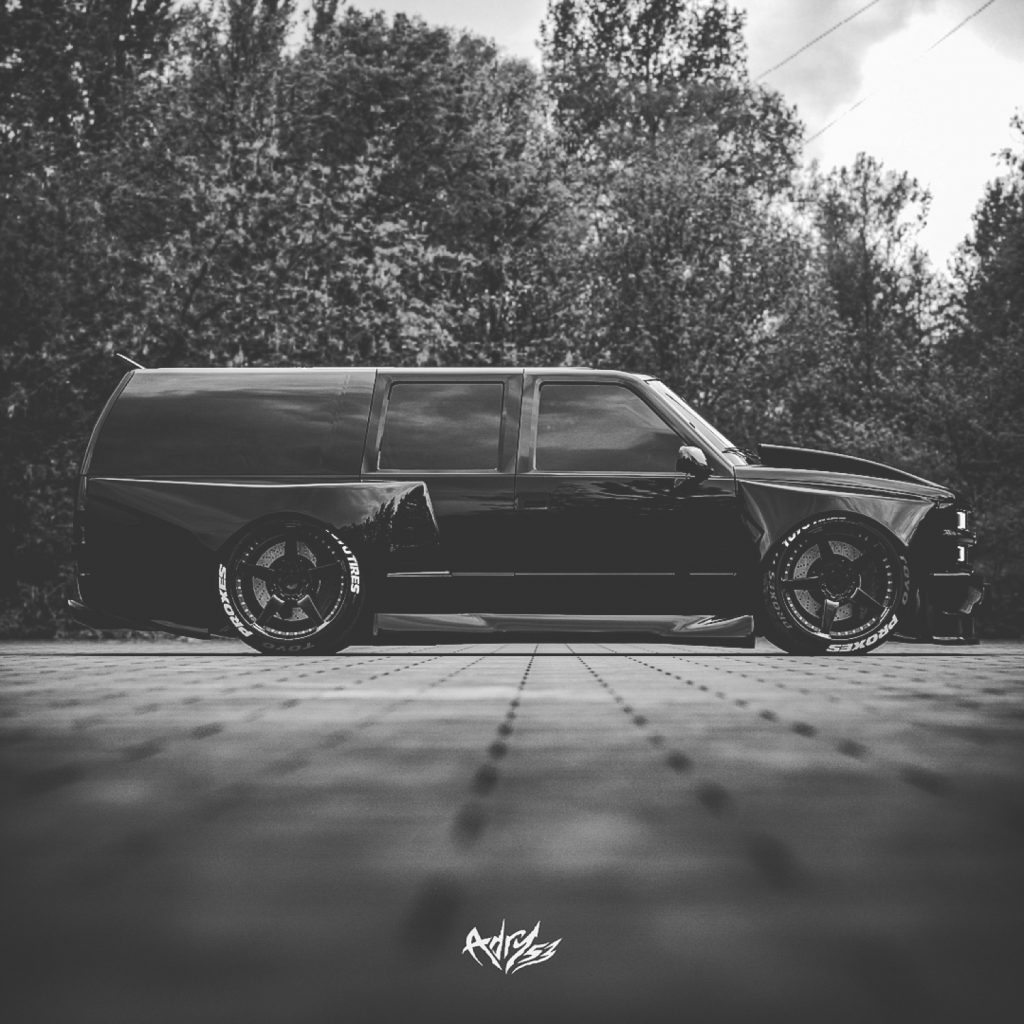 According to the artist, this Chevy Tahoe rendering is rocking a twin-turbo LS V8 engine, which sits in the engine bay with heaps of gleaming chrome piping. Meanwhile, the body is a full 5 inches wider thanks to a new body kit, swallowing massive LD97 Forged wheels in the corners with a big suspension drop. 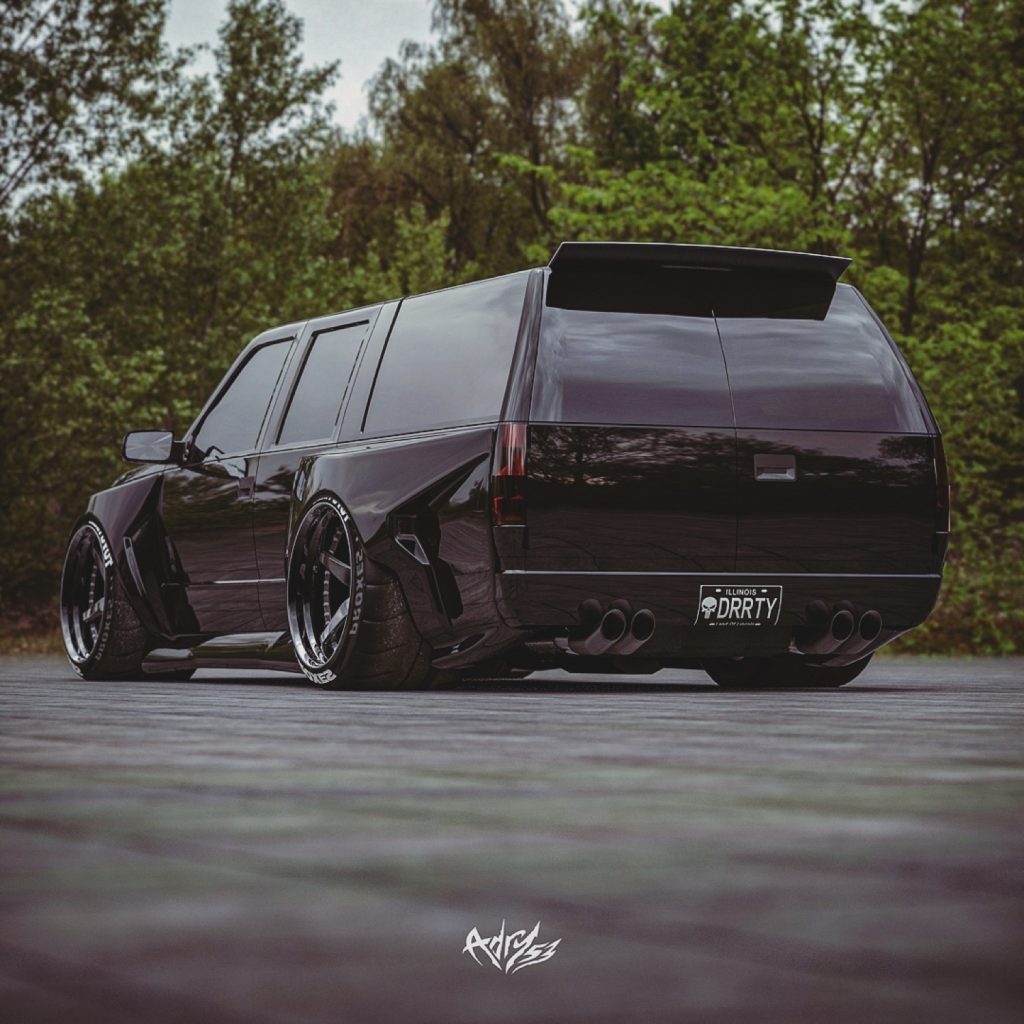 The black-out theme gives this slammed Chevy Tahoe rendering a sinister look, while the boxy fascia styling elements play well with the boxy styling seen in the profile and rear end, with a cowl hood, tinted windows, and rear spoiler complementing the aesthetic. In back, check the quad tailpipes routed around the bumper.