Produced between 1954 and 1966, the Pontiac Star Chief oozes old-school cool, with range-topping good looks and equipment setting it apart from the rest of the Pontiac Chieftain line. Now, one intrepid enthusiast is rocking this custom ’56 with 900 supercharged ponies and a seven-figure price tag. 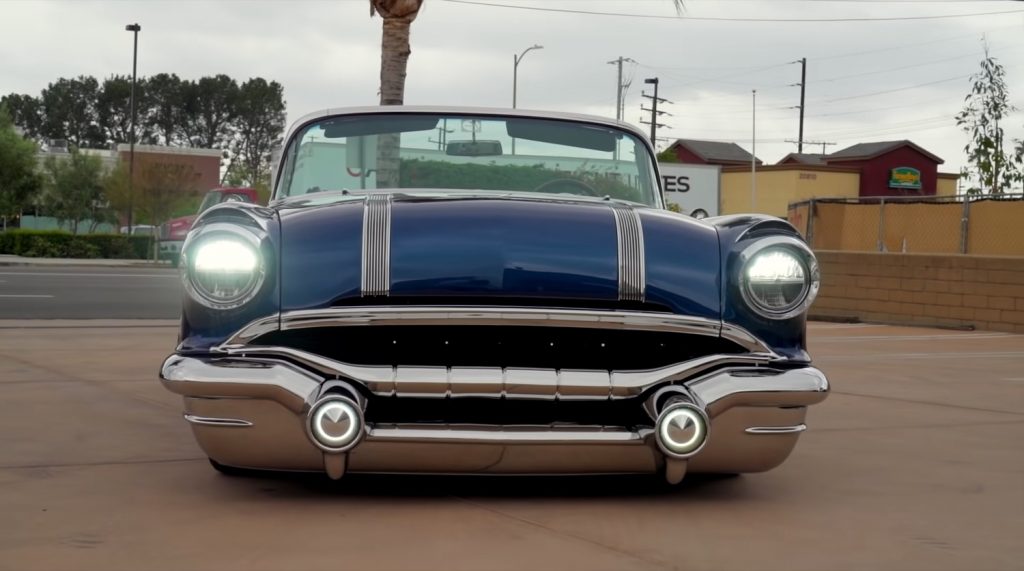 Coming to us from the AutotopiaLA YouTube channel, this blue stunner is known simply as “The Chief,” and drips with high-end custom touches from tip to tail.

The video opens under the hood, where this 1956 Pontiac Star Chief is now outfitted with a supercharged LSX crate engine, with a Whipple blower, LS3 heads, and oodles of custom fabricated pieces. The engine bay looks immaculate, with matching satin blue and bronze paint that looks good against the glossy blue exterior panels. According to the builder, output is around the 900-horsepower mark, which is substantial for any application, let alone this RWD cruiser. Muscle is sent rearwards through a 4L80 four-speed automatic transmission. 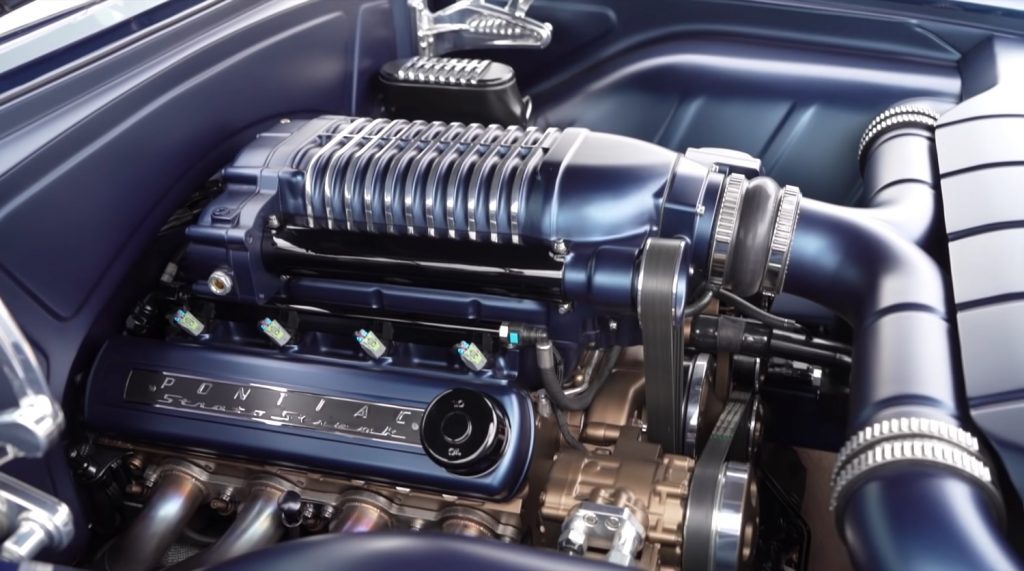 Under the skin is a Roadster Shop chassis, while air ride suspension offers multiple presets and stances. There are obviously tons of unique touches outside as well. For example, the headlights are from a Harley motorcycle, while the one-off Evod wheels are finished in a satin bronze hue that matches the engine. The convertible top is fully electric, springing forward with the touch of a button and securing seamlessly with a few latches. 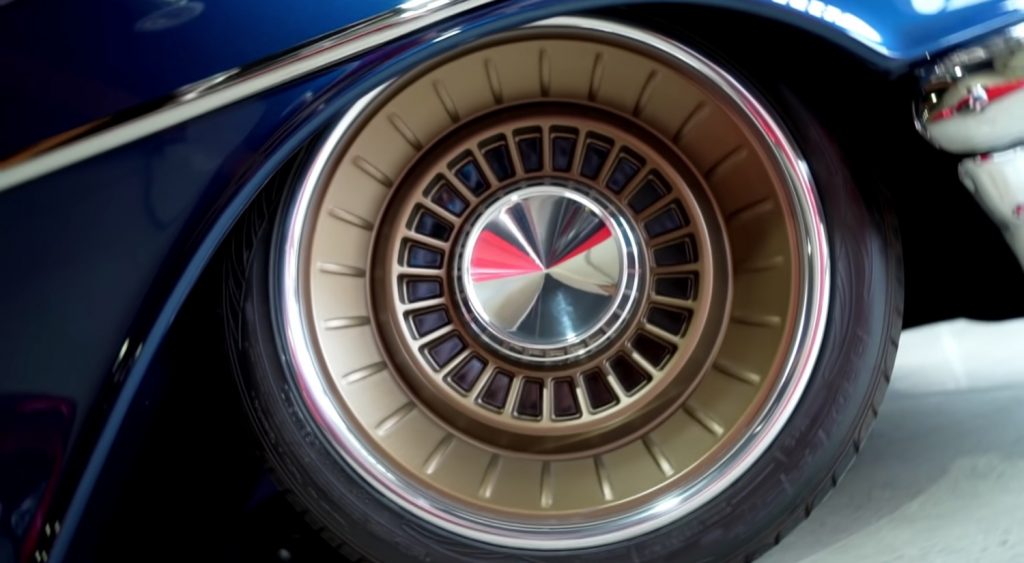 Meanwhile, the interior is bathed in mocha-colored upholstery, with modern HVAC to keep it comfortable.

All told, the build is estimated to cost around a million dollars, which makes sense given the level of detail and one-off parts that went into it. 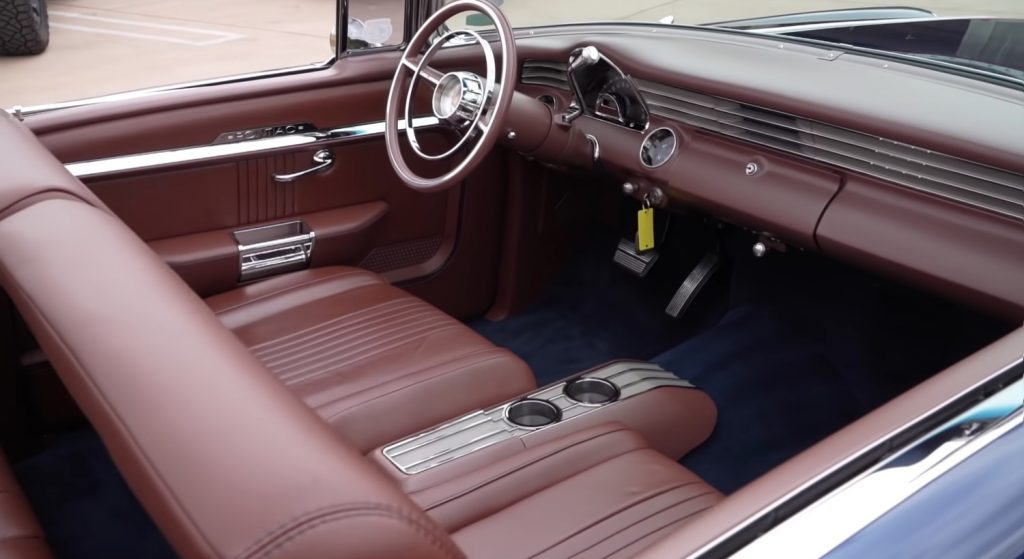 “Fabrication!” the builder explains. “It’s part science, part art, and these artists, they don’t come cheap for the work they’re doing on a car like this. And the list of components is so extensive, you could easily add up $300, $350, $400,000 just in components.”

Check out this rolling piece of art by hitting play below: