Last year, we shared a YouTube video from the guys at Winder Towing, which followed the crew as they attempted to rescue a Chevy Silverado that was stuck on some rocks in Boulder Mountain in Utah. Now, Winder Towing is back with yet another Chevy Silverado rescue video – although this recovery effort required a much different strategy to get the stranded motorist back on their way.

The Chevy Silverado driver in this video became stuck on Smithsonian Butte Rd., which leads up to Smithsonian Butte and the Canaan Mountain. He eventually called up the local off-road recovery specialists at Winder Towing to get him out of the ditch, which documents some of its work through the YouTube channel Matt’s Off Road Recovery. The motorist told the recovery crew that he was driving along when the mud caused his truck (which doesn’t appear to be fitted with off-road tires) to slide down into the ditch. 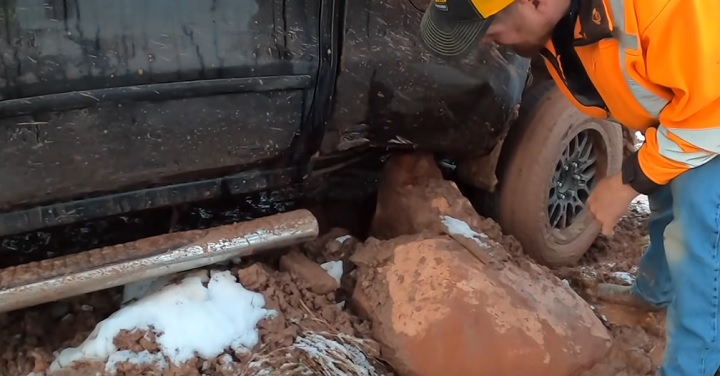 To free the stuck Chevy, Winder Towing hooks up its modest inline-six powered Jeep Cherokee to the truck’s tow hitch to first free its rear end, which had become lodged on a rock. They then pull the truck from the front end, successfully yanking it out of the small ditch. The driver of the truck said he had driven that particular road many times in the past and it was always hard compacted dirt and rocks, so he was surprised to see the surface so muddy. Even Matt of Winder Towing, who is very familiar with the off-road trails around the Zion National Park region, said he had never seen the trails as muddy as they were that day. 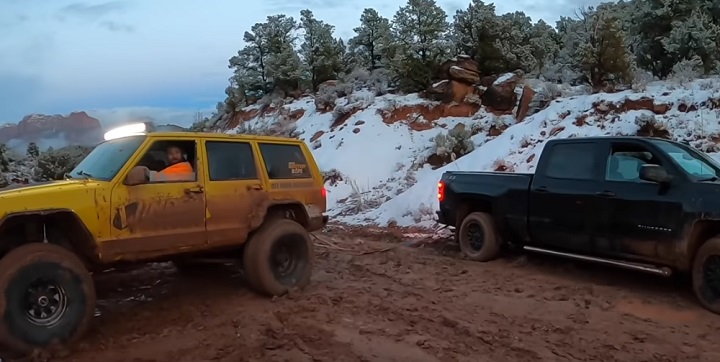 Check out the video embedded below to see how a professional recovery team frees a heavy modern pickup from a muddy mountainside.