The Chevy SSR (which stood for Super Sport Roadster) was an oddball performance pickup truck produced by General Motors between 2003 and 2006. While the SSR was unlike anything else on sale at the time, it still struggled to generate sales, with GM only moving around 24,000 examples of the vehicle over the course of four model years.

For this reason, it’s highly unlikely that Chevy will ever produce a new version of the oddball SSR, but that didn’t stop an amateur rendering artist from creating their own, fictional second-generation SSR.

This rendering, which was uploaded to the artist’s Instagram page this week, is based on a first-generation Chevy SSR, but has a much different appearance thanks to its Chevy Camaro SS-inspired front fascia and wider front and rear fenders. This rendering also features LED headlights, which the artist says were pulled from a current-generation Bentley Continental, along with LED fog lights, a domed hood and gloss black alloy wheels pulled from a Chevy Camaro SS. The artist appears to have fiddled with the shape of the vehicle’s roof as well, giving it a more upright shape in the rear. This makes this rendering look a bit more like the 1951 Chevrolet Advance Design pickup, in our opinion, which is the truck that the original Chevy SSR was inspired by.

We could see a second-gen SSR like this utilizing the same 6.2L LT1 V8 engine as the sixth-generation Camaro, as well as the GM 10-speed automatic transmission. As a reminder, the original model was powered by a 5.3L Vortec V8 engine, which was eventually replaced by the 6.0L LS2 for the 2005 model year. The 5.3L Vortec-powered models featured a GM four-speed automatic transmission, though a six-speed Tremec manual was added to the mix for 2005. 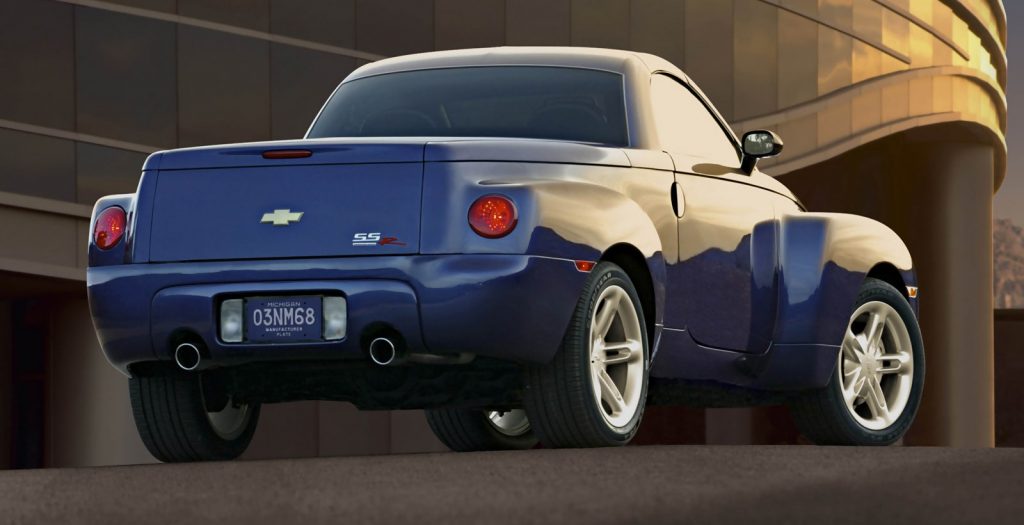 Let us know what you think of this fictional second-gen Chevy SSR rendering by voting or commenting below.