British racing driver Nick Tandy joined Corvette Racing for the 2021 season after spending the majority of his career racing for its arch rivals over at Porsche. While Tandy is a longtime Porsche man, it seems as though he’s enjoying his time as a Chevrolet factory driver, having recently picked up a remote-controlled Corvette C8.R to play with while he’s not behind the wheel of the life-size version. 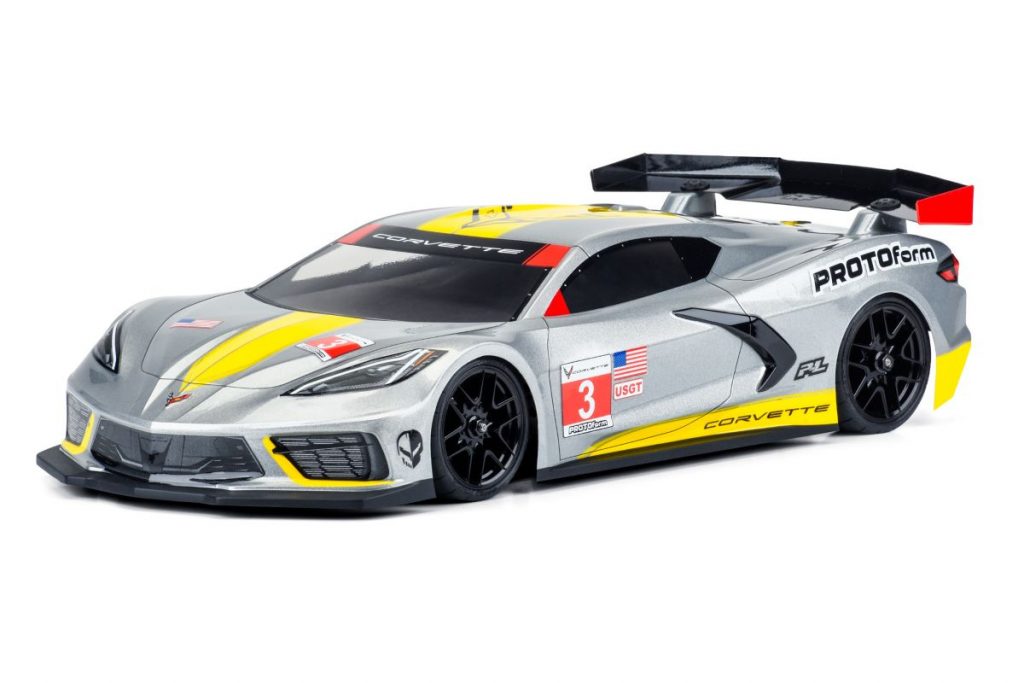 Tandy showed off his new radio-controlled Corvette C8.R on his Twitter account last week. This car uses a 1/7 scale Arma Felony chassis and a fully licensed Corvette C8.R body manufactured by PROTOform. Tandy’s talents won’t be required by Chevy again until June, so the Le Mans winner has had plenty of time to test out his new R/C car – even taking it out it Silverstone for a fun shakedown test.

This thing is an absolute beast. 80mph 1/7 scale Arrma Felony with @CorvetteRacing C8R body from PROTOform. With no GTLM action in IMSA until June, we’ve brought it testing today to Silverstone pic.twitter.com/ER3uykt4SK

The Arma Felony chassis that Tandy’s car rolls on features a powerful brushless electric motor and is capable of reaching speeds of up to 80 mph. The PROTOform body, meanwhile, is an exact replica of the Corvette C8.R and is fully licensed by Chevrolet. PROTOform also has some other GM bodies that can fit over this same Arma chassis, including a Chevy Camaro GT4.R, Corvette C7.R, C7 Corvette ZR1 and Cadillac ATS-V.R.

To celebrate day one of going back to racing in 2021, here’s a custom build @CorvetteRacing C8R I made in UK lockdown 3.0. Protoform 1/10 body on a hopped up Tamiya TT02 chassis running 3s brushless #modelcitizen pic.twitter.com/OkNg2Zy5nO

Tandy actually started working on this R/C car build back in January while the UK was still under COVID-19 lockdown. The Briton got to climb behind the wheel of the real Corvette C8.R a few weeks later at the Rolex 24 ay Daytona and enjoyed his second outing with the team at the 12 Hours of Sebring last month. He’ll be back in action in his grey No. 4 Corvette C8.R at Belle Isle in June, where he’ll be looking to take his first-ever victory in Chevy equipment with the help of American co-driver and experienced Corvette racer Tommy Milner.