Based out of Lakeville, Minnesota, QA1 offers a range of suspension and driveline parts for enthusiasts to upgrade their ride. Now, QA1’s Dave Kass is giving us a rundown on his 1972 Chevy C10, which was used as the QA1 development truck and comes packed with goodies front to back. 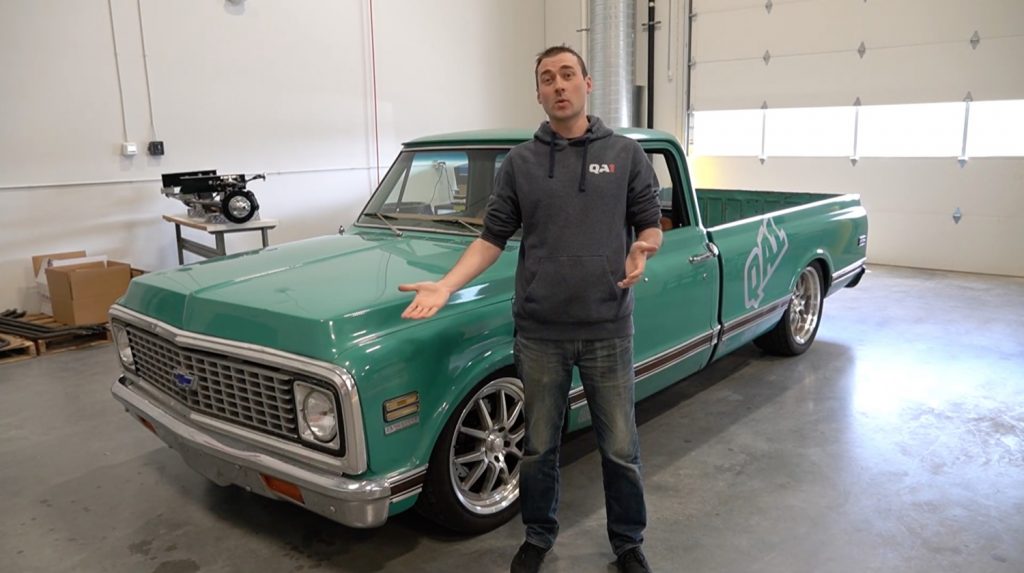 Finished in an eye-catching shade of teal complemented by silver trim and a black lower side line, the truck looks good, especially with its lowered stance and modified running gear. While small nicks and rough edges keep it far from aesthetic perfection, this Chevy C10 is more than a trailer queen – it’s actually used on a daily basis, with the owner even taking it to the occasional track day.

“This truck is just something I feel comfortable driving anywhere, anytime, and do anything with,” Kass says. 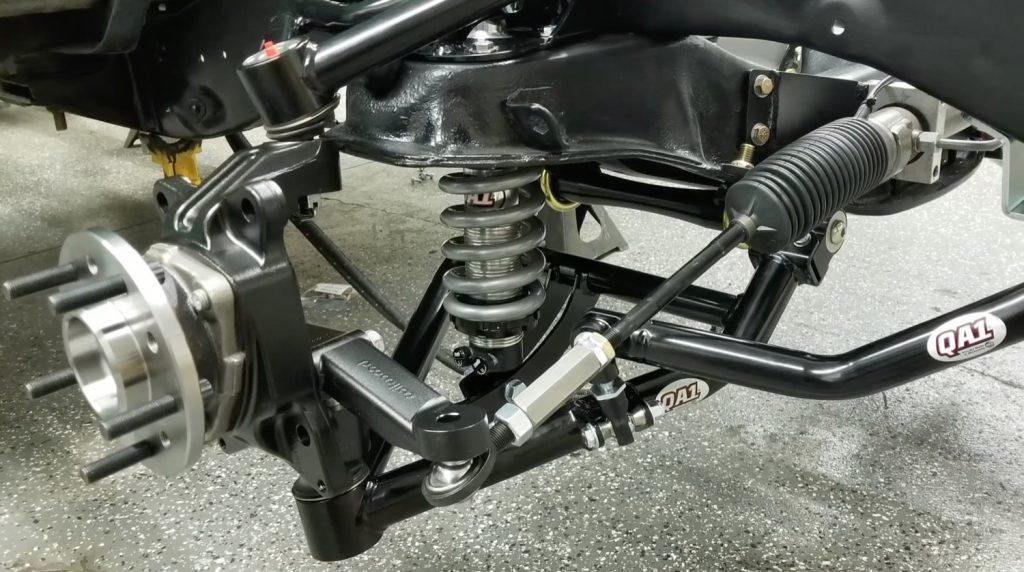 With the aim of developing a suspension setup for the Chevy C10 that could handle a range of driving scenarios, from cross-country hauls to corner-carving performance, QA1 developed a bolt-in coilover system for the front end with upper and lower control arms. The setup drops right into the factory mounting locations, offering both easy installation and an adjustable ride height. 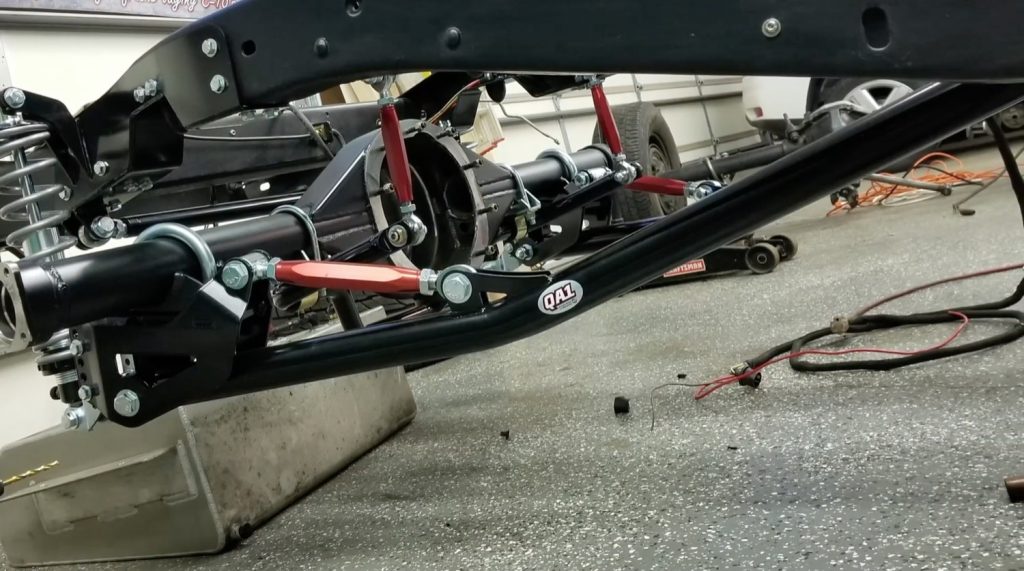 Meanwhile, the rear of the truck features a coilover setup with a tubular full-length truck arm and adjustable pinion angle. Tuning the pinion angle means that even when the truck is lowered, issues like worn-out U-joints and driveline misalignment are no longer a problem. 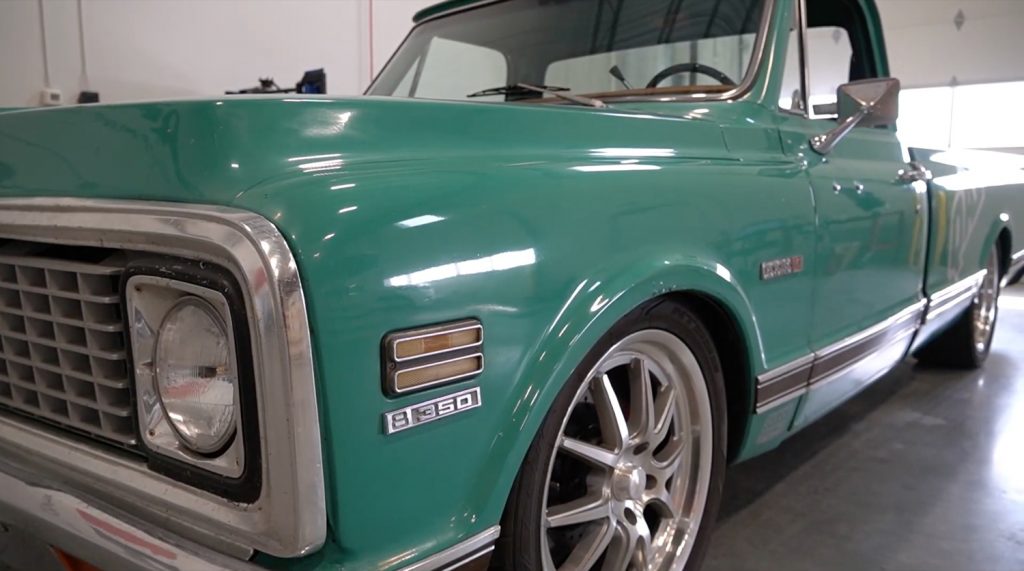 Now, the car is rocking a considerable six-inch drop, with 20-inch Rocket Racing rollers in the corners. Under the rims, we spot upgraded Wilwood brakes with drilled and slotted rotors, plus six-pot calipers in front and four-pots in back. 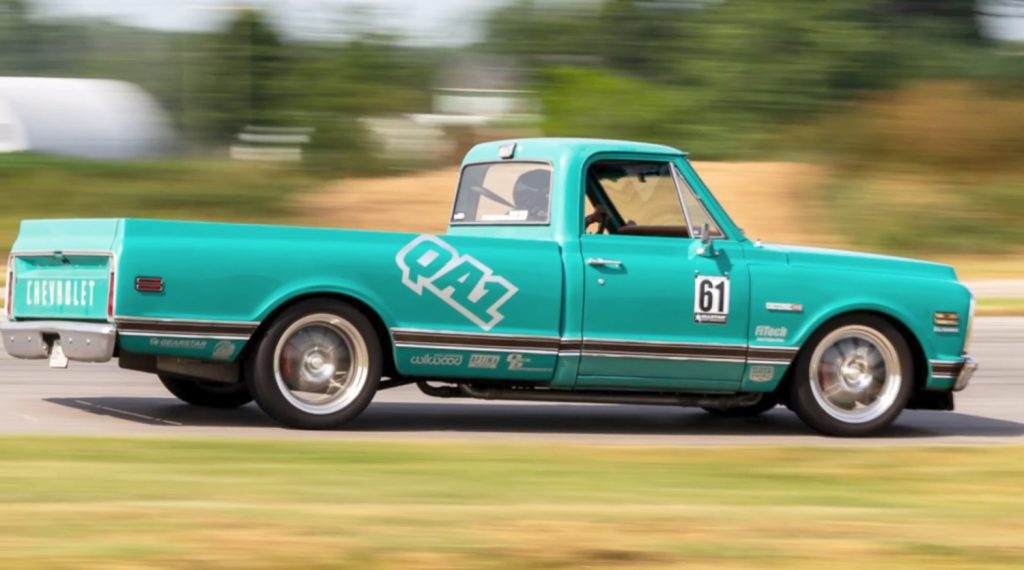 As for the powerplant, the QA1 Chevy C10 is equipped with a 400 cubic-inch Small Block V8, which mates to a GearStar 4L60 transmission. Upgrades include a FiTech fueling system, a Be Cool radiator, and a big transmission cooler. Interestingly, QA1 went with manual brakes for the feel. There’s also a carbon fiber driveshaft and a nine-inch rear end.