The latest mid-engine C8 Corvette is already a force to be reckoned with, but tuners are eager to up the ante even further with a generous heaping of boost. Such is the case with Kansas-based go-faster outfit ProCharger, which recently released some brief footage showing two supercharged C8 Corvettes testing on a local road course. 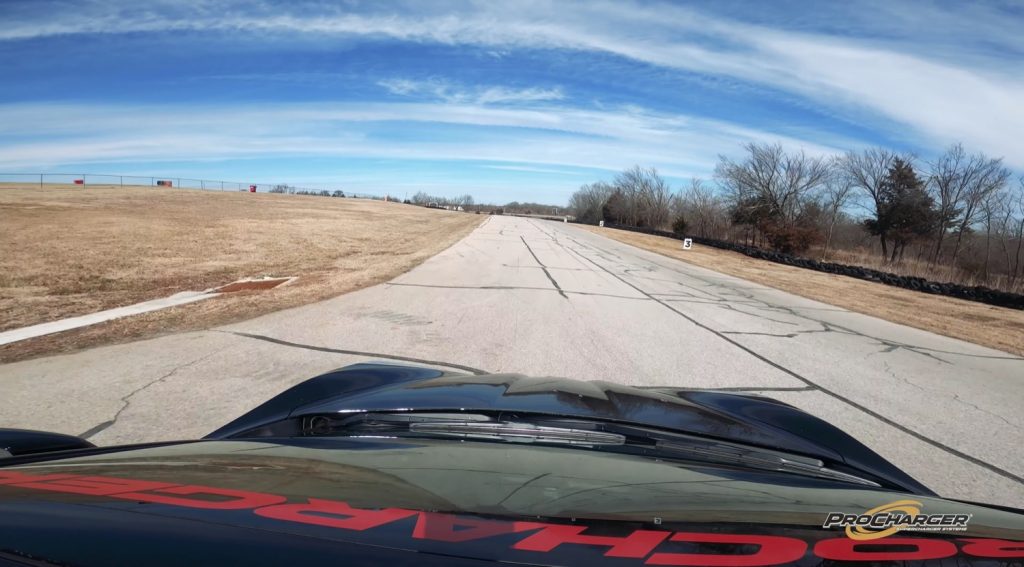 The video is brief, clocking in at just 1 minute start to finish, giving us a taste of the ProCharged C8 Corvette and what it can do on the race track. In addition to seeing the new Vette attacking the corners, we also get a brief look at the new supercharger unit installed on the C8 Vette’s V8 engine.

As a reminder, C8’s factory spec includes the naturally aspirated 6.2L V8 LT2, which produces 495 horsepower at 6,450 rpm and 470 pound-feet of torque at 5,150 rpm when equipped with the factory performance exhaust system. Output is routed tot he rear wheels by way of the M1L eight-speed dual-clutch automatic transmission.

By comparison, the ProCharger C8 Corvette tops the LT2 with a new blower, air-to-water intercooler, CNC billet intake manifold, and CNC billet brackets. According to the tuner, the new ProCharger kit adds an extra 175 horsepower to the mix when running at 6 psi. The tuner also offers a Stage II kit that brings boost up to 8 – 9 psi, adding an extra 225 horsepower to the mid-mounted powerplant. 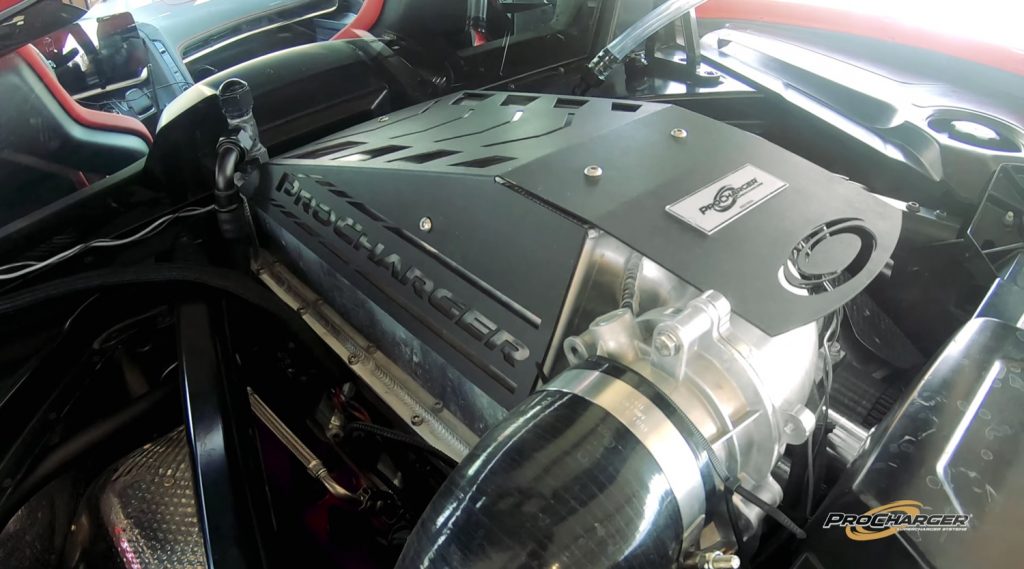 Pricing for the new C8 Corvette ProCharger kit starts at $11,999 without tuning or fueling, while adding fueling and timing control bumps up the cost to $12,899. Meanwhile, the Stage II Intercooled Tuner Kit (with port injection manifold) starts at $12,499.