Many motorists know the feeling of driving on the highway behind a pickup truck or tractor trailer with a load that looks inadequately secured. We usually drop back a couple of car lengths or switch into a different lane when we are following a truck with loose-looking cargo, but as this viral dashcam video of a GMC Sierra shows, sometimes there’s nothing you can do to prevent getting hit with flying debris while on the highway. 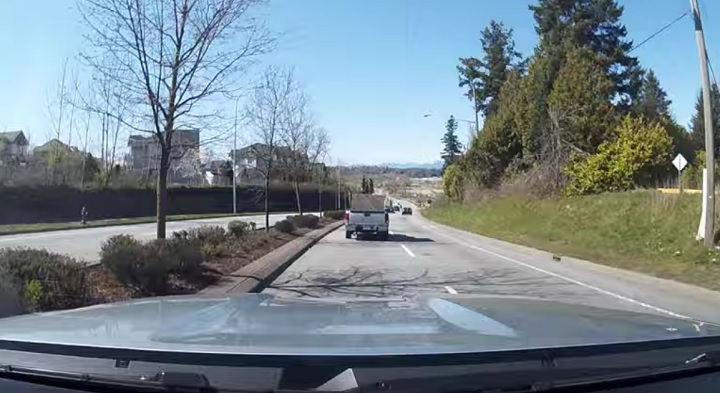 This video, which was uploaded to the ViralHog YouTube channel this week, was recorded by a motorist on their dashcam in Surrey, British Columbia on April 13th, 2021. The video shows a silver-colored GMT900-platform GMC Sierra traveling down a two-lane highway with a somewhat precarious load of plywood before it flies out of the bed and hits another truck head-on. 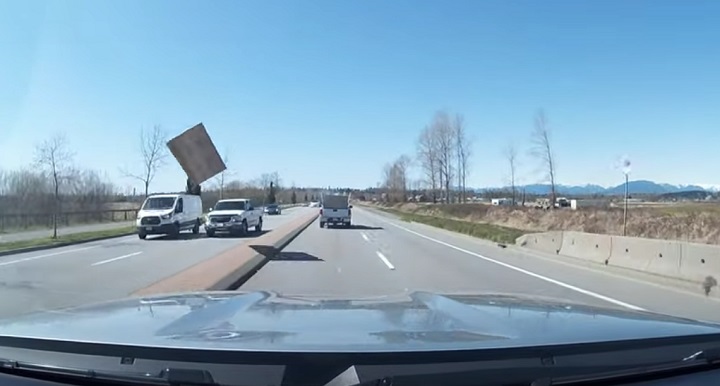 Upon first viewing this video, we expected the plywood to fly out of the GMC Sierra and hit the cammer’s car. Fate had other plans that day, though, as the wood actually ends up flying into the oncoming lane and hitting another GMT900 GMC Sierra head-on. It doesn’t appear as though the plywood went through the windshield of the GMC Sierra that it hit, so hopefully the driver and/or passengers weren’t hurt, but this was definitely still a scary situation for the occupants of the pickup. 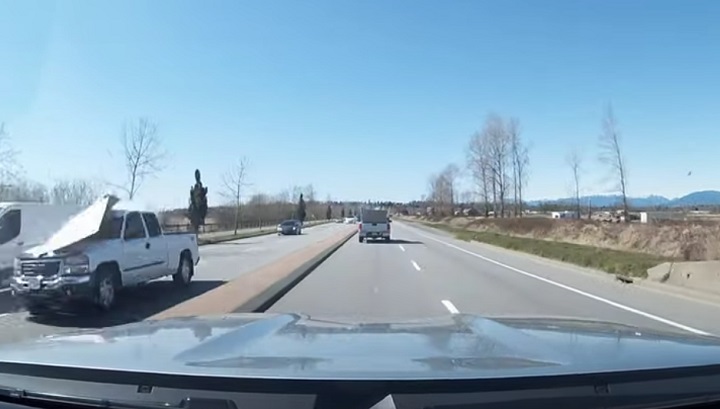 The cammer says they sent this video to the Insurance Corporation of British Columbia on the chance that this driver filed a claim over the damage their truck incurred due to the debris. They did not say if they turned around to see if the other driver had pulled over or if they contacted the authorities, however.

Check out the video embedded below to watch this scary scenario play out in real-time.