Alex Palou held off a hard-charging Will Power in the final laps of Sunday’s Honda Indy Grand Prix of Alabama to secure his first career IndyCar win in his debut race for Chip Ganassi Racing. 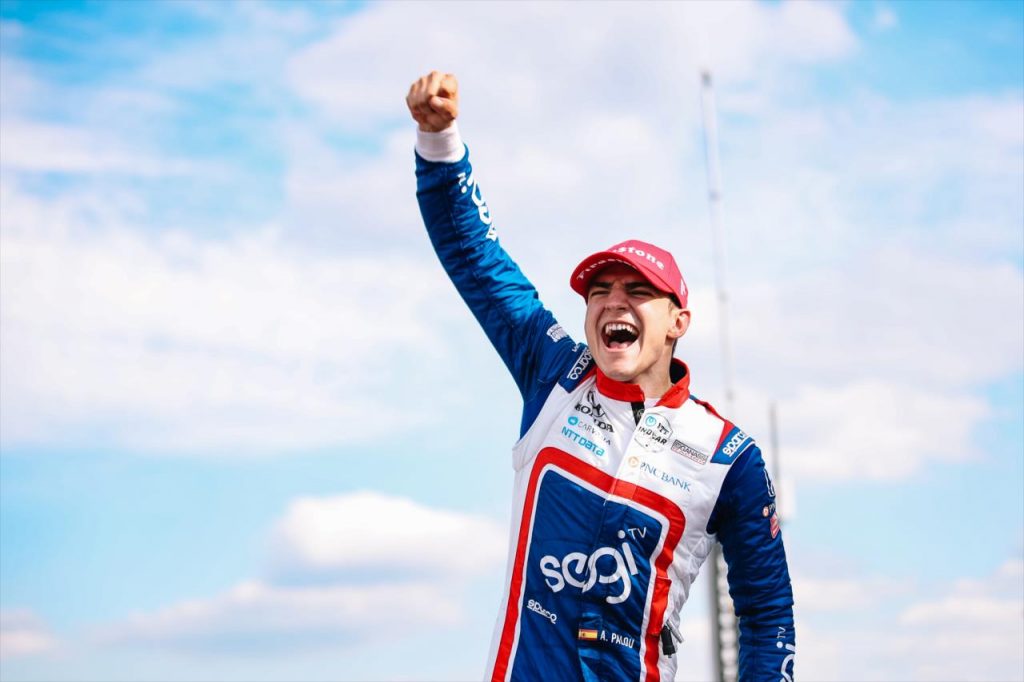 The Spaniard qualified third place for Sunday’s 90-lap race at Barber Motorsports Park, outgunning CGR teammate and six-time IndyCar champion Scott Dixon in the process, who could only muster a fifth-place grid position. Palou’s impressive pace continued when the green flag came out, with the 24-year old putting a sizable gap between himself and Team Penske’s Will Power, who rolled off the grid in fourth, as he stalked second place’s Alexander Rossi and polesitter Patricio O’Ward.

As O’Ward and Rossi battled, subsequently wearing out their alternative compound red sidewall tires early, Palou was able to take a more measured approach and save his tires. This allowed him to extend his initial stint on the softer tire and opt for a two-stop strategy, while O’Ward, Rossi and other frontrunners were forced onto a three-stopper. This meant Palou had to drive a smart and conservative race, constantly keeping his tire life, fuel economy and push-to-pass usage in check. 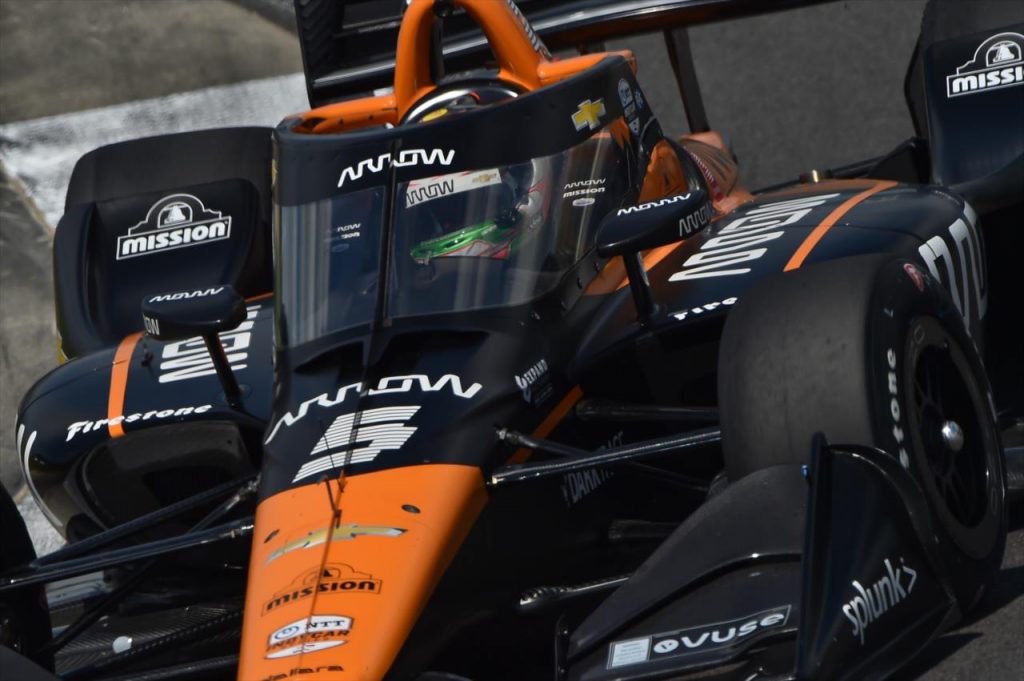 Despite the constant monitoring of his consumables, Palou’s strategy ultimately proved to be faster, with O’Ward and Rossi unable to capitalize on any added late-race pace they were afforded by their fresher tires. Power and Dixon, meanwhile, also opted for a two-stop strategy and rounded out the podium in second and third, respectively. 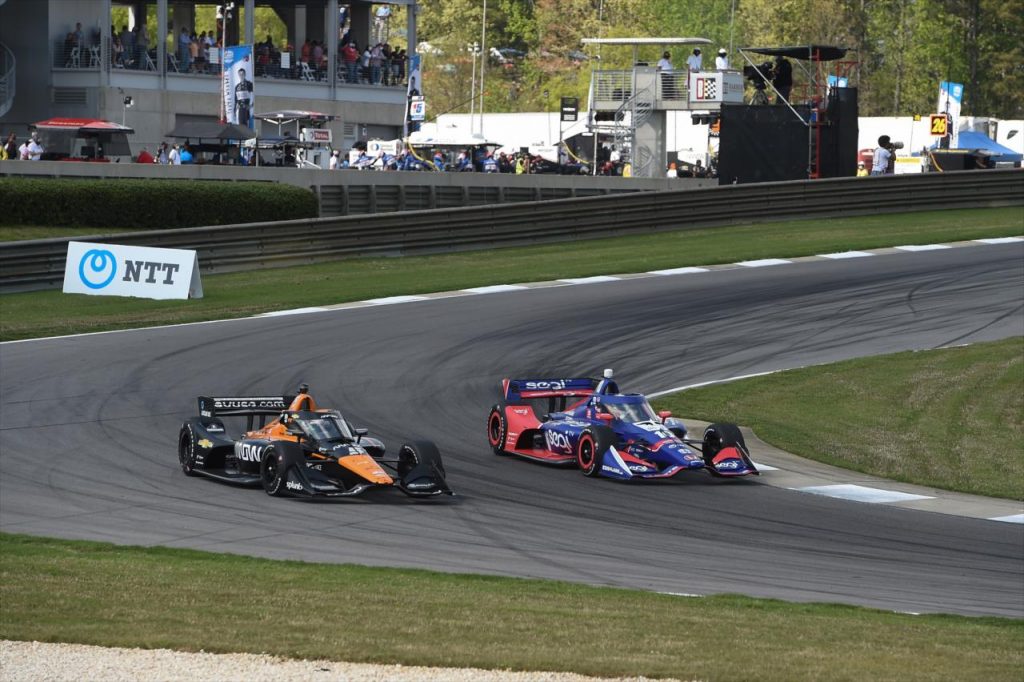 “We did it!” Palou said post-race. “It’s amazing. All of the team did an amazing job. We had the best cars. We’re starting strong, and we’ll keep it strong.”

Power sat about a second behind Palou in the closing laps, but was unable to get close enough to the Spaniard to attempt a pass. The Australian was convinced the Spaniard was on a three-stop strategy like O’Ward and Rossi when he saw him pull away in the opening stint and was surprised to see he was able to balance his immense pace with tire wear.

“It just blew my mind how fast Alex was in that first stint,” Power said. “I had absolutely nothing for him. He just pulled away, so I figured he was on a three-stop race. I was getting the best lap time I could for the fuel number.”

The NTT Data IndyCar Series season will continue with the Firestone Grand Prix of St. Petersburg on April 25th. Click here for full results from Barber.