An odd-looking 2001 Chevy Camaro that has been restyled to look like a 1957 Chevy coupe was recently listed for sale by a classic car dealership in Louisville, Kentucky. 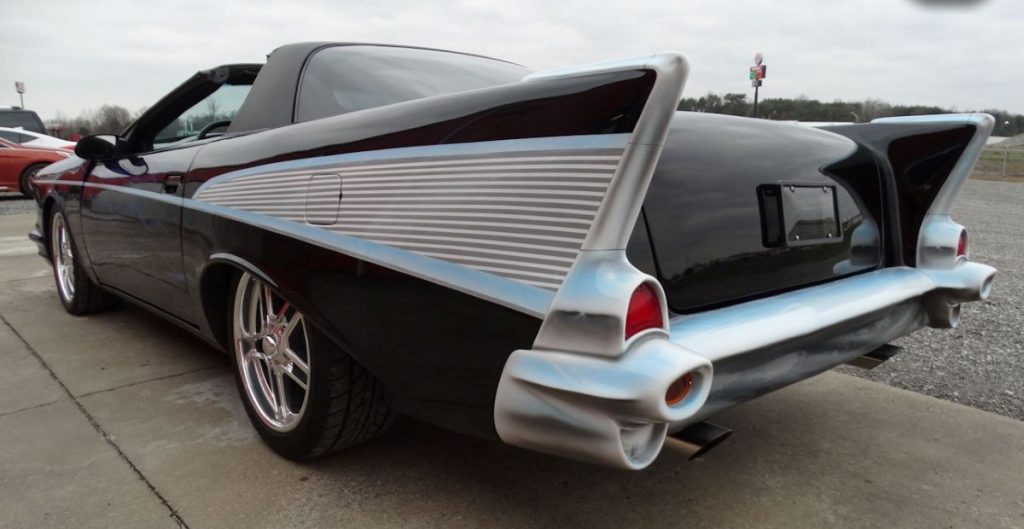 Dubbed the Camaro Z/57, this custom Camaro is trying its best to blend old-school styling with modern-day reliability and performance. It’s based on a fourth-generation 2001 Chevy Camaro equipped with a 5.7L LS1 V8 engine and features lookalike ’57 Chevy front and rear fasciae, along with custom front and rear fenders and a custom hood. Pulling this tacky package together are purple and blue airbrushed flames, chrome alloy wheels and stitched purple ‘Z/57’ headrest logos.

The dealership, Gateway Classic Cars Louisville, did not provide any information on who built this strange-looking mashup. We can’t be certain, but it looks as though it could utilize the EasyRods ’57 Chevy ‘Belaro’ kit – a $5,995 conversion that can transform any 1993-2003 Camaro into a look-alike 1950s Chevy. It’s certainly not the prettiest aftermarket conversion kit we’ve ever seen, but we suppose it could be appealing for some ’57 Chevy enthusiasts that want the luxury of power steering, air conditioning and a modern stereo system. 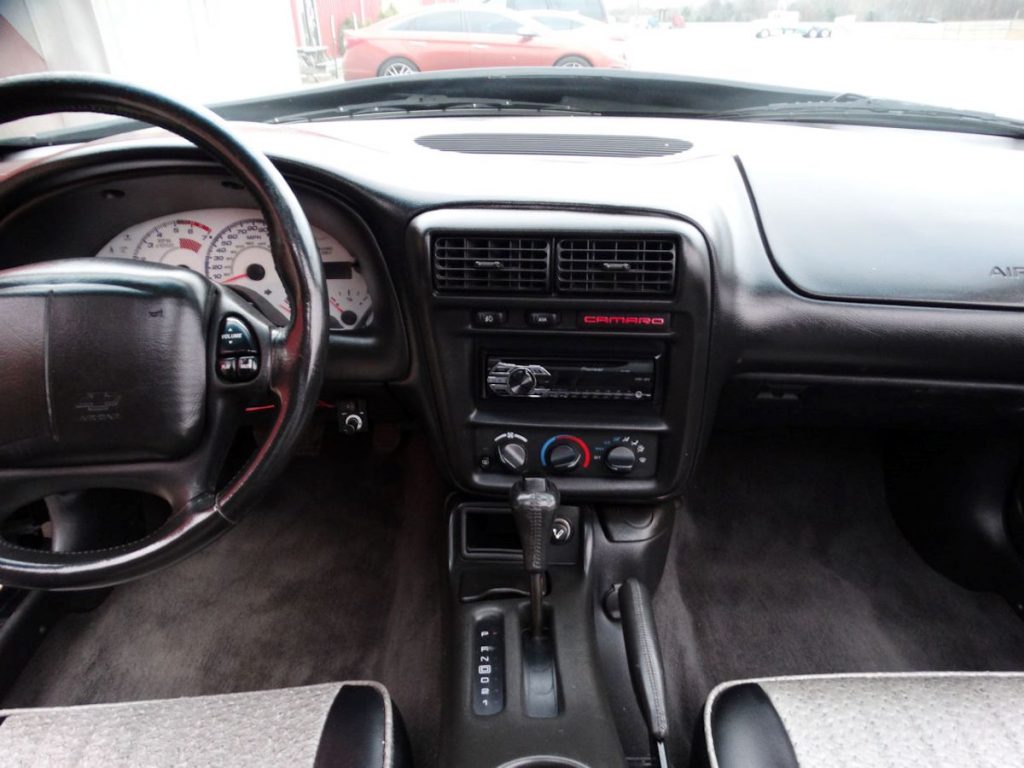 This car has accumulated 3,000 miles since it was rebuilt, but it’s not clear when this conversion was completed. Gateway Classic Cars is asking $32,000 for it, which seems pricy for a 20-year old Camaro with a questionable body kit. What do you think, readers, would you fork over $32k for this strange-looking custom Camaro? We like the 1957 Chevy just as much as the next person, but this custom build isn’t really working, in our opinion.

Feel free to check out the listing at this link and let us know what you think by voting or commenting below.