Vintage-look throwback liveries have become synonymous with NASCAR’s annual visit to Darlington Raceway. Teams typically base their throwback liveries on the design of a paint scheme that was previously used by a fan-favouite driver, but Alex Bowman’s team has something a little different in mind this year for their No. 48 Chevy Camaro ZL1 1LE. 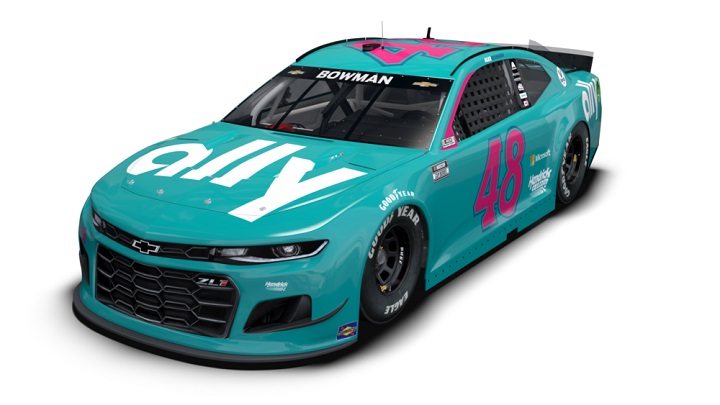 Bowman’s No. 48 Chevy Camaro will rock a teal and pink livery inspired by one of the late model race cars that crew chief Greg Ives piloted in his own racing days. The scheme is based on a car that Ives drove back in 1998 at short tracks in his home state of Michigan and around the Midwest. The longtime Hendrick Motorsports employee inherited the car from a man named Jim Pagel, who previously died in a stock car crash, and was asked by the car’s owner to keep the unique colorway on the car for his upcoming racing season. The color combo eventually grew on him, so he decided to stick with it.

“To think somebody would want my paint scheme in honor of Jim Pagel was something that wasn’t even thought of,” Ives said after the emotional unveiling of the paint scheme this week. “A paint scheme sometimes has more meaning than just selling a sponsor or looking good on a racetrack. Sometimes in memory and understanding those who lost their life to give us this great sport that we have today.” 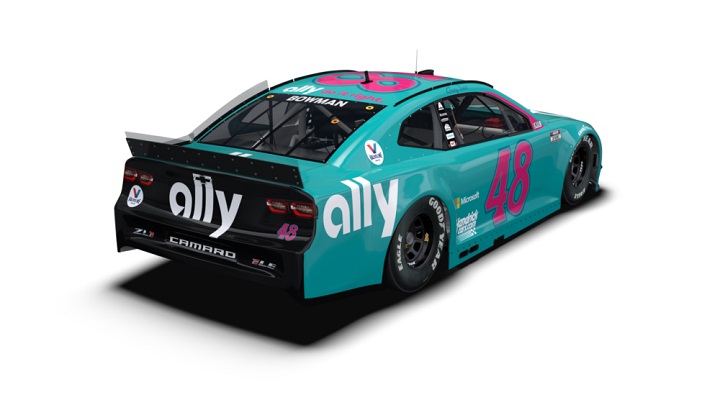 Bowman was the one that came up with the idea to honor Ives with their Darlington scheme this year. The 27-year old wanted to show some gratitude to the man who has been sitting on top of his pit box for the last five racing seasons, helping him through the early days of his Cup Series career.

“He really started on the bottom end of the totem pole at Hendrick Motorsports and worked his way all the way up,” Bowman said. “Obviously, he was a successful late model driver, but then has been a really successful engineer and crew chief and all the above. I think it’s really neat, and definitely really special. He’s a done a lot for me, so it’s cool to kind of be able to point something back at him.” 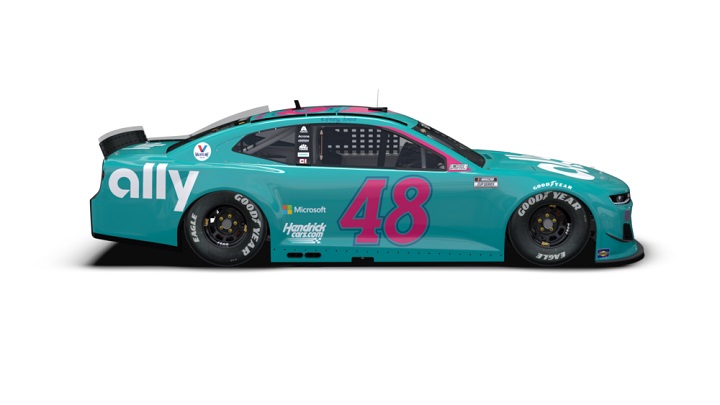 With the paint scheme getting Ives stamp of approval, Bowman’s now setting his sights on driving the teal Chevy Camaro into victory lane. The 27-year old recorded a top ten finish at Darlington last year, although he has yet to take a win at the so-called “Lady in Black.”

“We ran really well there last year; it’s one of my favorite tracks,” Bowman told Racer.com this week. “The rules package has kind of changed up a little bit, but I know we can be really strong, so going to do my best to get it done for (Ives). I know he’s going to do everything he can with the car, and I’ll just try to do my best at holding the steering wheel.”