We love a fast car just as much as the next gearhead, but when that fast car also has a great story behind it, we can’t resist. Such is the case for this LS3-powered 1972 Chevy Nova, as featured in the following 10-minute, 44-second video. 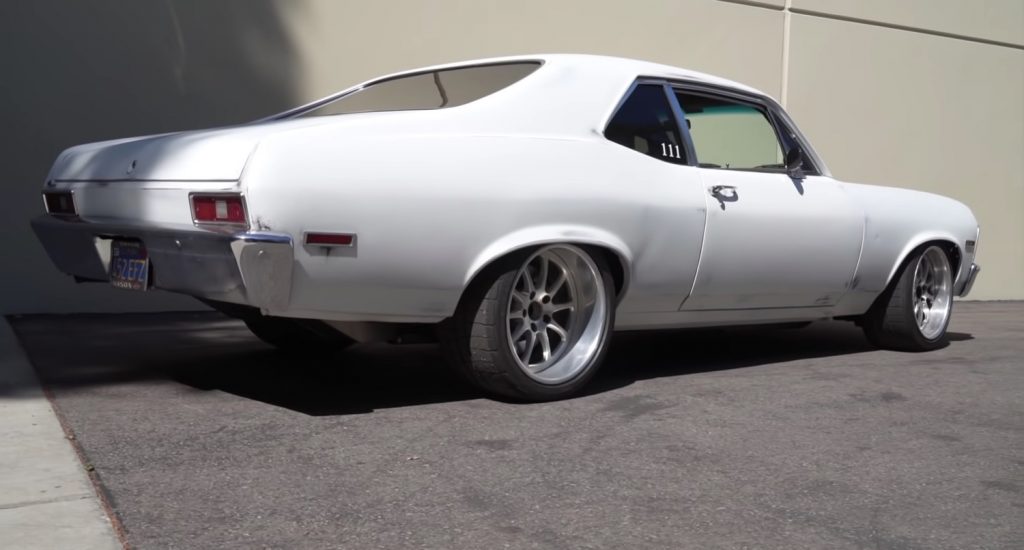 This 1972 Chevy Nova belongs to Mike, whose parents bought it when Mike was born in 1974. The coupe started life as a daily driver for Mike’s mother. “My brother and I basically grew up in the back seat of this car,” Mike explains.

This Chevy Nova was originally equipped with a two-barrel 350 V8 and three-speed manual transmission. After Mike’s mother passed away, the car was handed down to Mike’s brother, who drove it in high school and had fun drag racing it here and there. 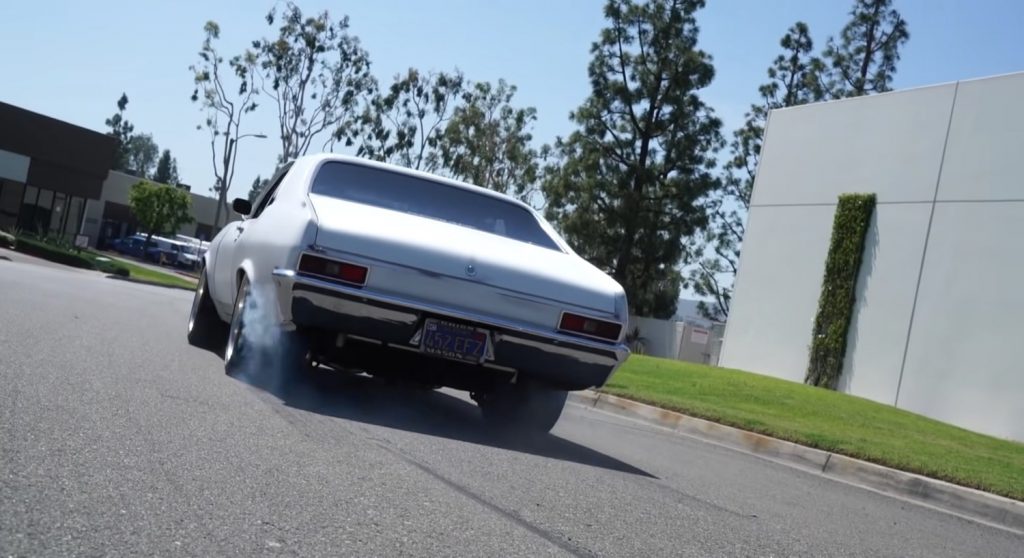 The car stayed in the family after Mike’s brother passed away in 2001, at which point it was mildly upgraded to serve as a fun highway cruiser for Mike’s father. Although Mike is more of a Chevy Camaro fan (his first car was a 1971 Camaro), the Nova’s history and nostalgia meant it wasn’t going anywhere.

When Mike’s father passed away, Mike decided to give the Nova the full performance upgrade it deserved. Now, the family Chevy Nova runs an LS3 V8 with a new cam and upgraded springs. According to the owner, the setup is good for 550 horsepower at the crank and 470 at the wheels, with a T56 six-speed manual transmission onboard to send it all rearwards.

“This is enough for me,” Mike says. “I don’t consider myself a great driver by any means, so I don’t need any more power at this point, especially without any of the traction control devices.” 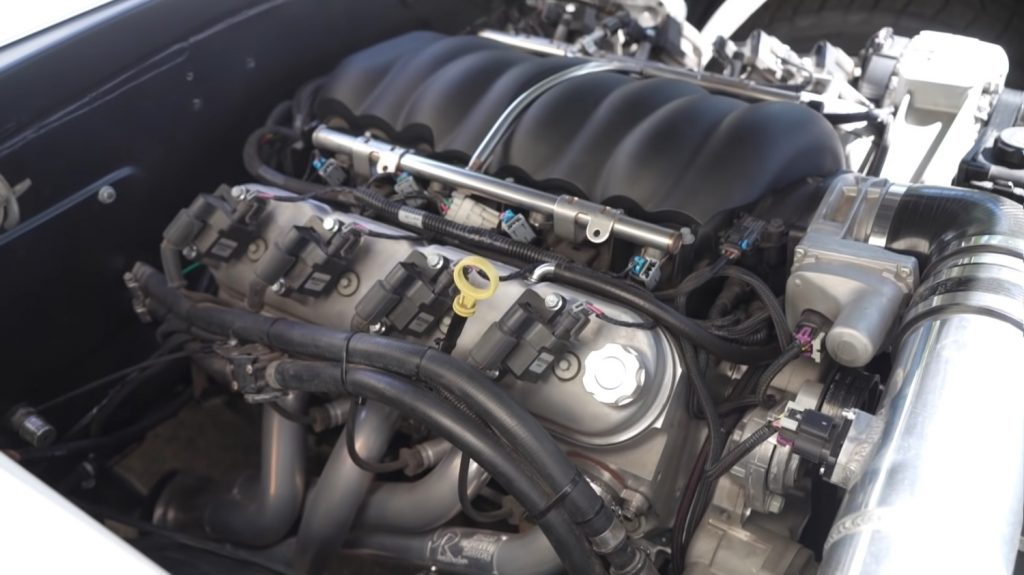 Up front, the Chevy Nova hugs the pavement with 275-wide tires, courtesy of a new Ridetech kit to eke out every last millimeter of rubber possible. There’s also a set of aftermarket control arms and sway bars, while the Forgeline wheels were taken from one of his brother’s rides. Wilwood brakes help it stop. 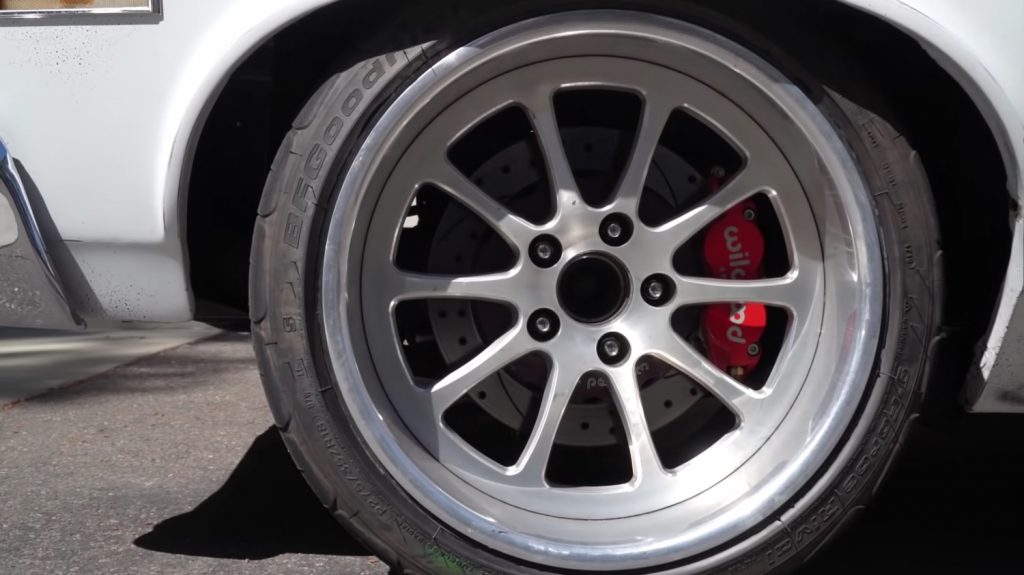 The cabin was kept simple and functional, with Cobra bucket seats and new Autometer gauges. The functional theme continues outside, where the rough edges give this Chevy Nova a down and dirty look that complements the badass exhaust note. 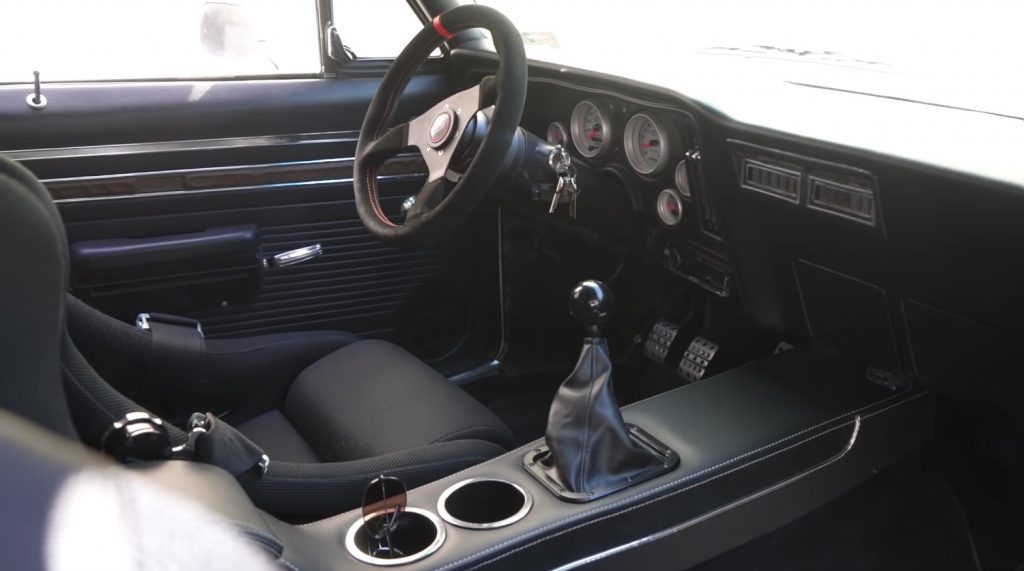 “I didn’t wash it before I came here today because I didn’t need to,” Mike says. “I cleaned the wheels, I cleaned the windows, that’s it.”

Check out the LS3-powered Chevy Nova by hitting play below: