A rare Local Motors Rally Fighter will be auctioned off at Mecum’s Houston 2021 sale later this month, with all proceeds from the sale benefitting the Military Warriors Support Foundation. 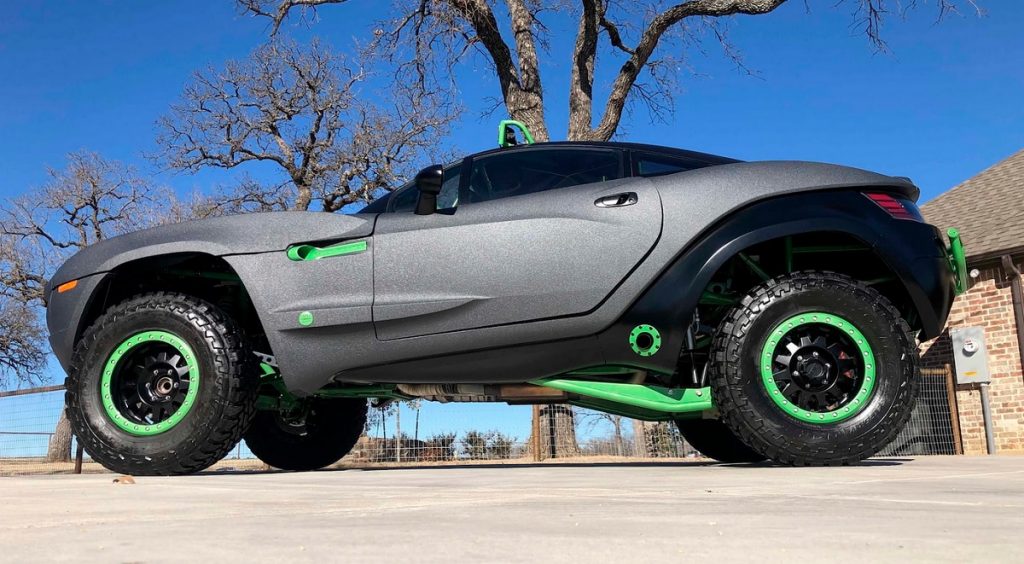 The Local Motors Rally Fighter, for readers who may have never heard of this odd-looking off-roader, is a street-legal kit car featuring a mid-mounted 6.2L LS3 V8 engine and GM’s 4L65E four-speed automatic transmission. The design for the Rally Fighter was completed by Sangho Kim, a graduate of Art Center College of Design in Pasadena, California, and was chosen through an online voting process. Buyers of the Rally Fighter were invited to the company’s production facility to help Local Motors employees build the vehicle, allowing it to be classified as a kit car in the United States. Prices started at around $99,000, with Local Motors producing upwards of 50 examples between 2010 and 2016.

The example that will be auctioned off at Mecum Houston is from the 2016 model year and features a matte black body with a lime green undercarriage and matching lime green exterior and interior accents. The vehicle was donated to Mecum by the owner with the expectation that all proceeds from the auction will go to the Military Warriors Support Foundation, a non-profit whose mission is to “provide programs that facilitate a smooth and successful transition for our nation’s combat-wounded veterans and Gold Star families.” 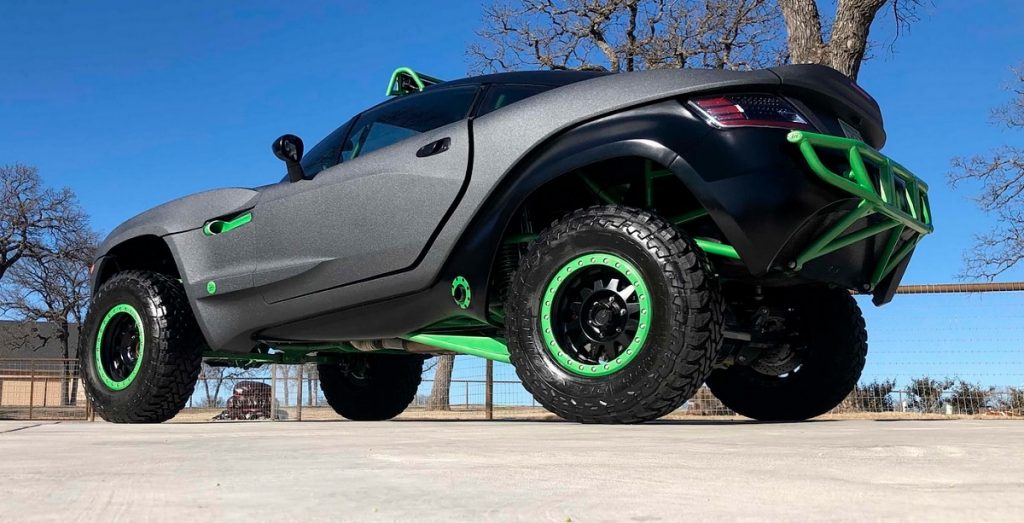 Mecum didn’t provide an estimate as to what the Local Motors Rally Fighter may sell for, but we’ve seen other examples sell for around $100,000 on the web, so we’re expecting it to fetch at least six figures for the Military Warriors Support Foundation. Check out the lot listing at this link for more information and photos before it heads to auction in a couple weeks’ time.