The Chevy Colorado ZR2 Bison offers impressive off-road capability right out of the box. However, for those customers that need a little more muscle under the hood, Lingenfelter Performance Engineering offers a 450-horsepower supercharger package that adds considerable grunt, as featured in the following brief dyno run video. 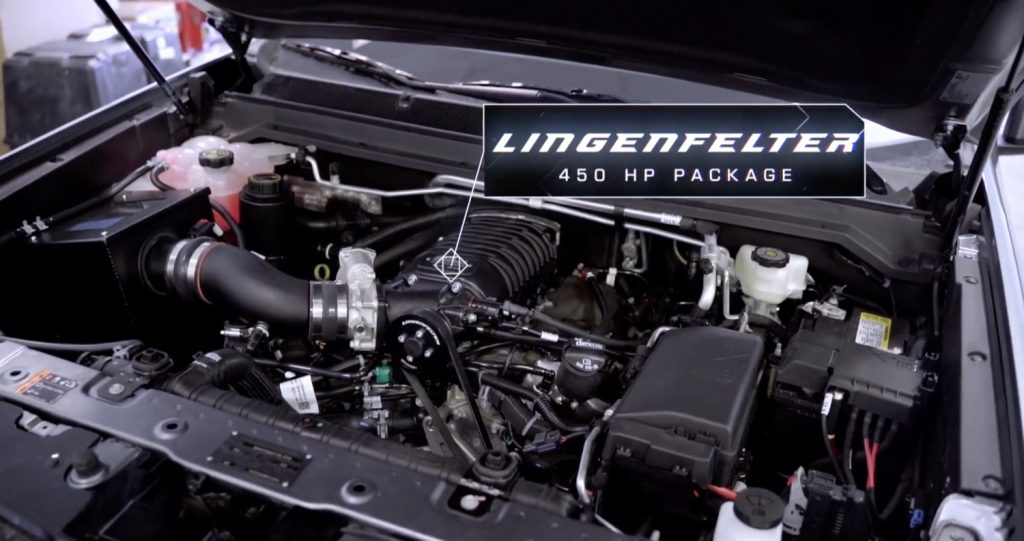 For those readers who may not know, Lingenfelter Performance Engineering has been building high-performance General Motors vehicles for decades, including standards like the Chevy Camaro and Corvette, Pontiac GTO, and Cadillac CTS-V, as well as GM trucks and SUVs like the Chevy Silverado, Chevy Tahoe, and Cadillac Escalade. Now, Lingenfelter is offering this supercharger upgrade for the Chevy Colorado ZR2 Bison. 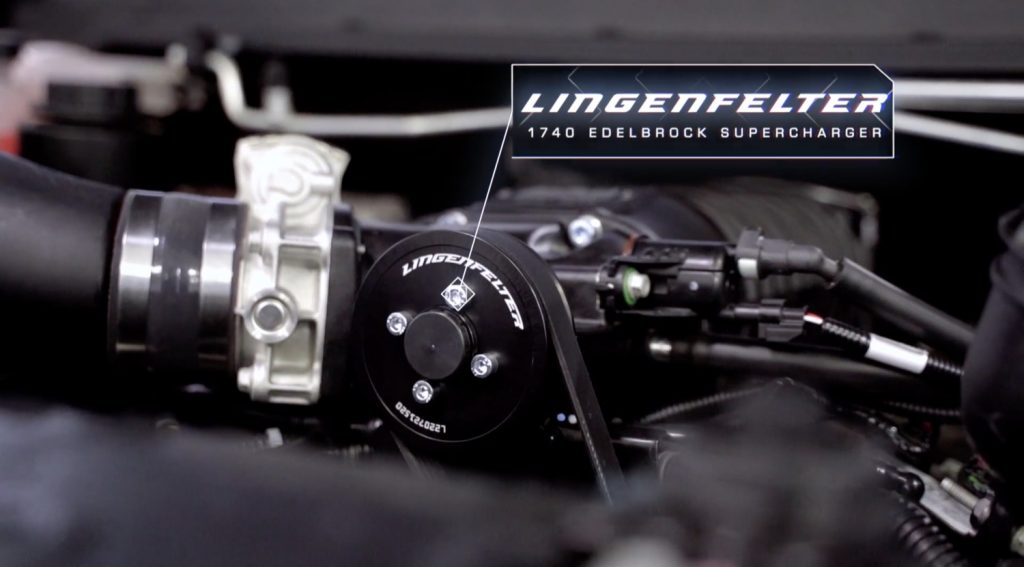 The heart of the Lingenfelter kit is the high-efficiency TVS R1740 supercharger system from Edelbrock, which combos with a high-efficiency intercooler and 1.75-gallon aluminum intercooler reservoir tank. Rocking a black powder coat finish, the supercharger looks good in the Chevy Colorado ZR2 engine bay, and stuffs the powerplant with gobs of air to boost output by a considerable margin. 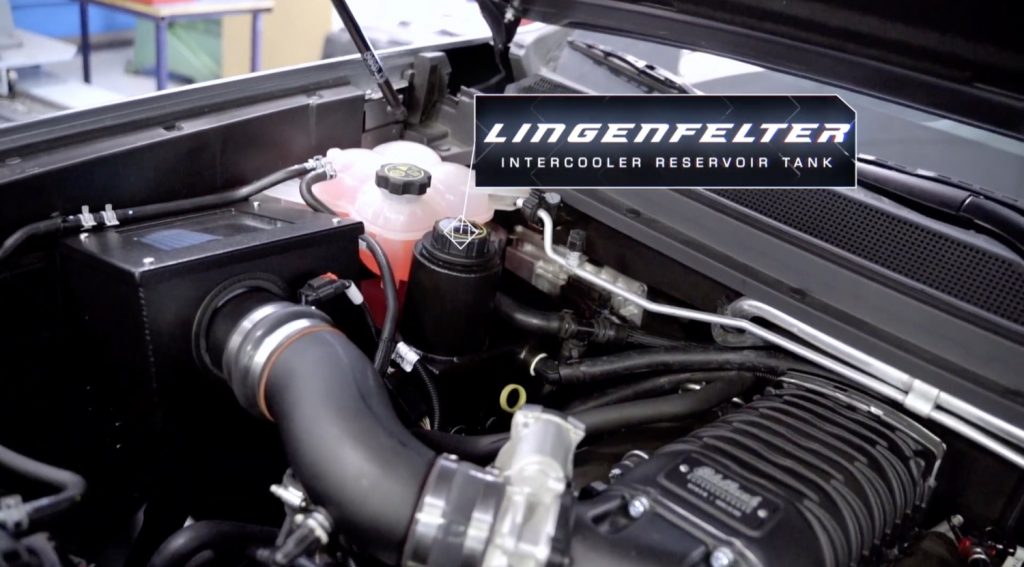 Watching the video, we see the Chevy Colorado ZR2 spin the rollers to produce 365 horsepower and 309 pound-feet of torque at the rear wheels. The truck featured in the video is running in 2WD for this particular run.

For the sake of comparison, the factory-spec Chevy Colorado ZR2 Bison is rated at 308 horsepower at 6,800 rpm and 275 pound-feet of torque at 4,000 rpm, with output routed through an eight-speed automatic transmission. The engine in question is the 3.6L V6 LGZ. 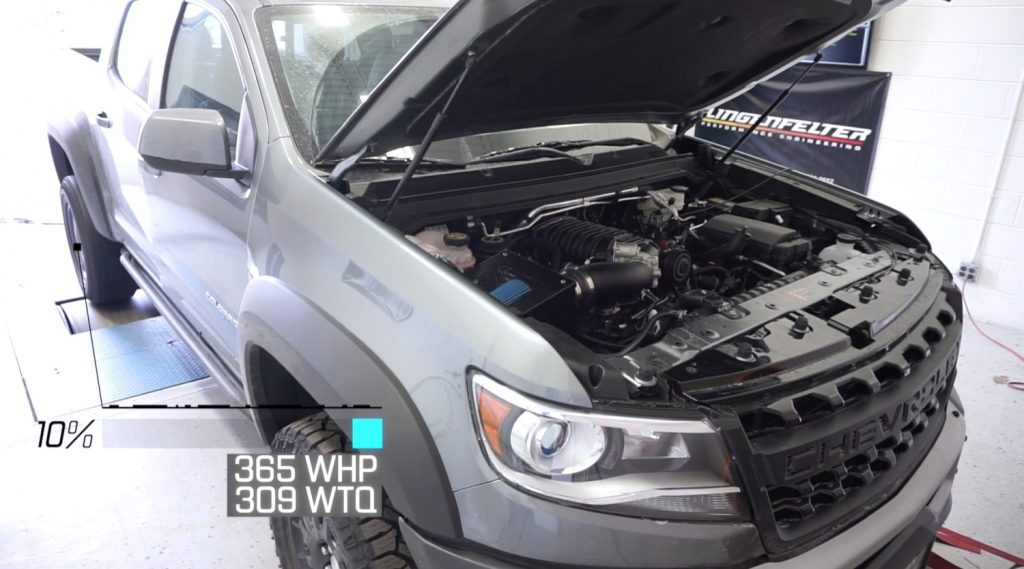 With 365 horsepower at the wheels, the Lingenfelter-tuned ZR2 Bison should provide a nice kick when laying into the loud pedal. Paired with the rest of the truck’s off-roading gear, including a new AEV front bumper, AEV skid plates, AEV fender flares, and AEV 17-inch wheels, the combo should prove to be quite enticing for enthusiasts.