While $825,000 may seem like a huge amount for a custom C1 Corvette, it’s clear that no expense was spared by the original builder of this high-priced restomod. 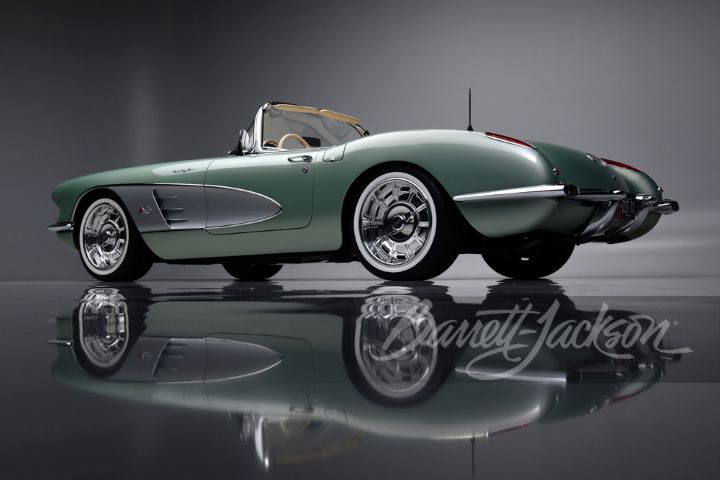 This car has an original C1 Corvette frame that has been powder coated in a Cadillac grey color and upgraded with Art Morrison front suspension and fully adjustable Strange coilovers at all four corners. It rides on one-off wheels that are made to look like the C1 Corvette’s original alloys, which are wrapped in custom whitewall Nitto tires and hide a set of C7 Corvette brakes. Other upgrades include power rack and pinion steering, an automatic three-position electric hood, stainless steel brake lines, a new chocolate brown convertible top and a stainless steel gas tank.

Under the hood is a 6.2L LT1 V8 crate engine, which produces 460 horsepower and 465 pound-feet of torque. The Small Block V8 is paired with an electronically-controlled 4L65E four-speed automatic transmission. 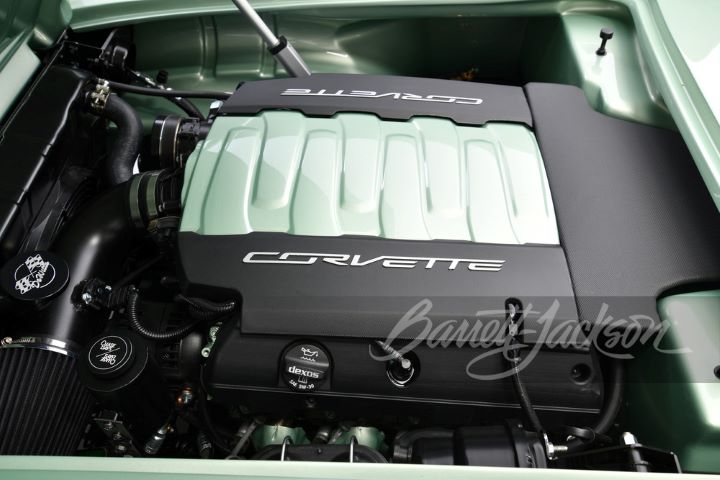 The body, meanwhile, is all-original but has been straightened and painted over with a layer of shiny PPG Franny Green paint. Moving inside, the custom Vette has custom beige leather upholstery, classy-looking weave carpet and Dakota digital gauges. 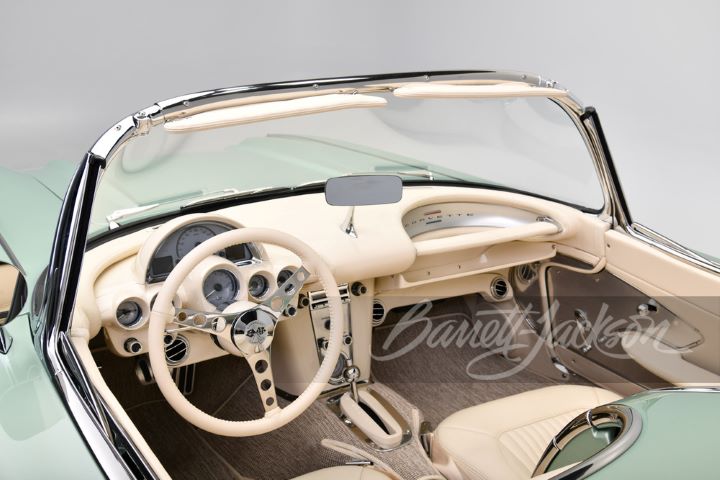 Hart previously released some comedic music under the pseudonym “Chocolate Droppa” so the music-loving actor will be happy to see his new ride comes with a custom stereo featuring a JL amplifier, window-rattling subwoofer and high-end focal speakers. The radio deck also takes on a similar style to the original Wonder Bar stereo that Chevy offered in the 1959 Corvette, helping to retain the car’s original interior appearance. 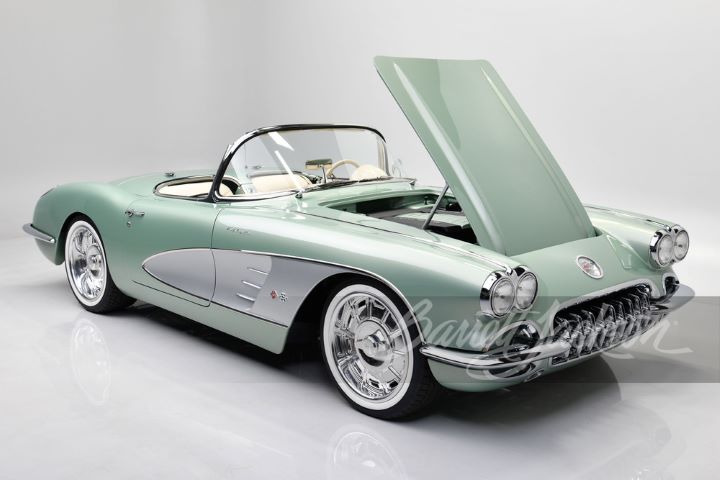 This car has accumulated just 159 miles since the no-expenses-spared restoration was complete. It remains to be seen if Hart plans to put more miles on his new 1959 Corvette, or if he’d rather just keep it as a garage showpiece.