Brad Keselowski overcame damage sustained in an early wreck to win Sunday’s Geico 500 from Talladega and take his sixth career win at the massive 2.66-mile superspeedway. 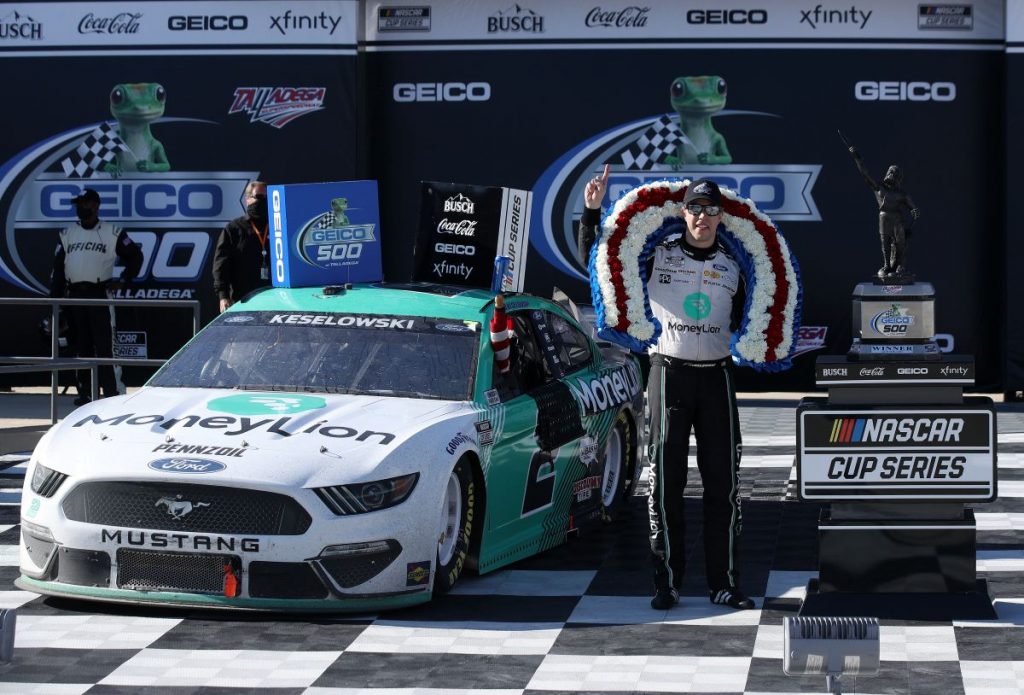 The No. 2 Ford Mustang driver surged into the lead on the final lap following a restart in which he lined up on the second row alongside the No. 4 Mustang of Kevin Harvick. The Michigan native rejoiced as the bottom lane opened up on the final lap, with the No. 21 Mustang of Matt DiBenedetto electing to take the high lane as they crossed the finish line for the final time. Keselowski then received a push from the No. 34 Mustang of Michel McDowell, who himself was getting a nudge from Harvick. This allowed the top three bottom lane drivers to surge past the top lane drivers as the pack raced down the backstretch, with Keselowski eventually leading the No. 24 Chevy Camaro of William Byron and the No. 34 of McDowell across the line. 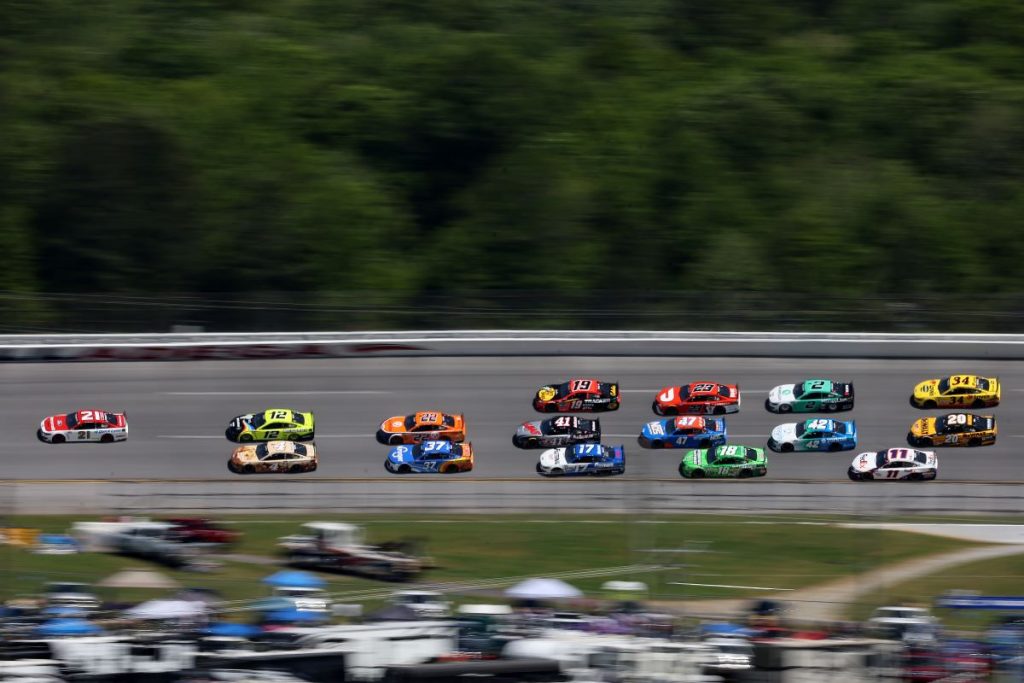 “The whole race, I had a couple of opportunities to take the lead, but I just kept thinking, ‘Man, just keep your car in one piece till the end,” Keselowski said. “We’ve been so close here, and it just didn’t seem to want to come together here the last few years, and I’ve been on kind of a four-year drought here, but it’s nice to get number six.” 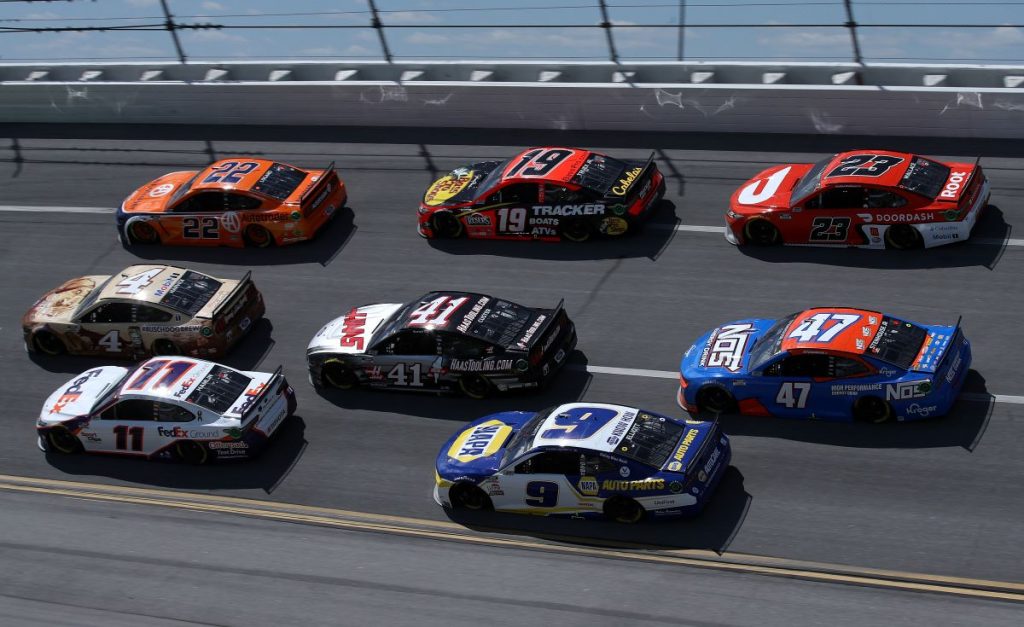 Keselowski’s Team Penske teammate Joey Logano had a much more disappointing – and dangerous, end to his day. As the pack approached the end of Stage 1, the No. 11 Toyota Camry of Denny Hamlin hooked the rear of Logano’s No. 22 Mustang, sending the car flipping upside down before landing on its roof on the driver’s side. Logano was unhurt in the wreck, which saw him whack his helmet off the roll bar, though he LATER called for NASCAR to make changes to address the dangerous pack racing style that has become a staple of modern-day superspeedway events.

“It’s nobody’s fault,” Logano said. “Denny is trying to go and the No. 47 (of Ricky Stenhouse) is trying to go. It’s a product of this racing. We have to fix it, though. At the same time, I’m appreciative of driving a car that is this safe and what Team Penske has done for the safety of these cars so that I can live to talk about it and go again.”

Check out the video embedded below for full highlights from the Geico 500 from Talladega. The NASCAR Cup Series heads to Kansas next for the Buschy McBusch Race on Sunday, May 2nd, 2021.