More than just a muscle car, the Oldsmobile 442 added style, sophistication, and a dose of luxury to the classic formula. Now, Jay Leno is behind the wheel of this gently restored example from 1966 in the following episode of Jay Leno’s Garage. 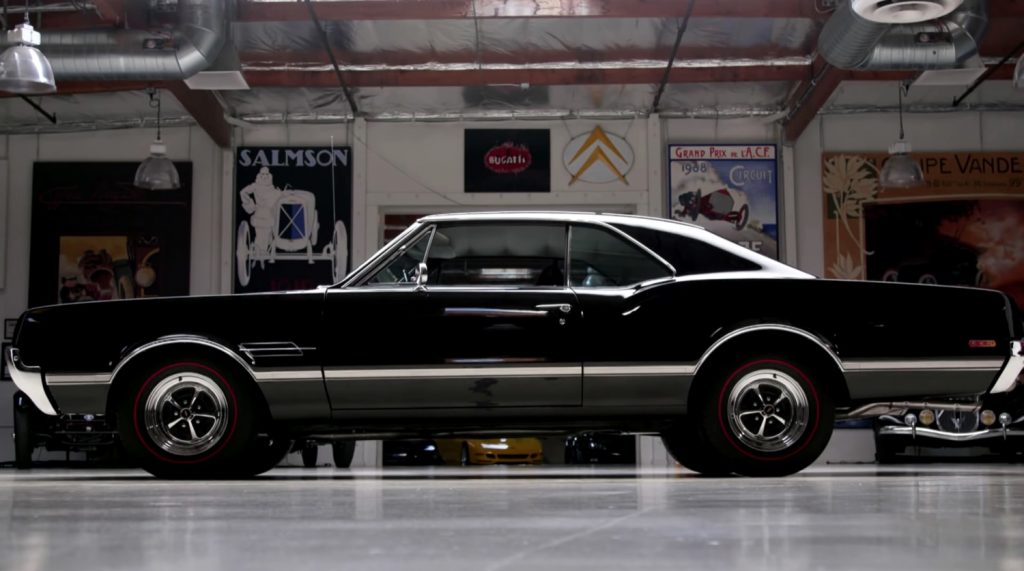 On loan from the Audrain Auto Museum in Newport, Rhode Island, this 1966 Oldsmobile 442 looks fantastic, with the latest restoration requiring just a few touch-up details here and there.

“This is a rare car,” Jay starts the video. “Originally, 442 was four-barrel, four-speed, dual exhaust. This one has three two-barrels on it,” referring to the triplet of two-barrel Rochester 2GC carburetors. Topping the 400 cubic-inch V8 engine, output when new from the setup was rated at 360 horsepower and 440 pound-feet of torque, meaning this slab of classic American metal has the power to match the looks. 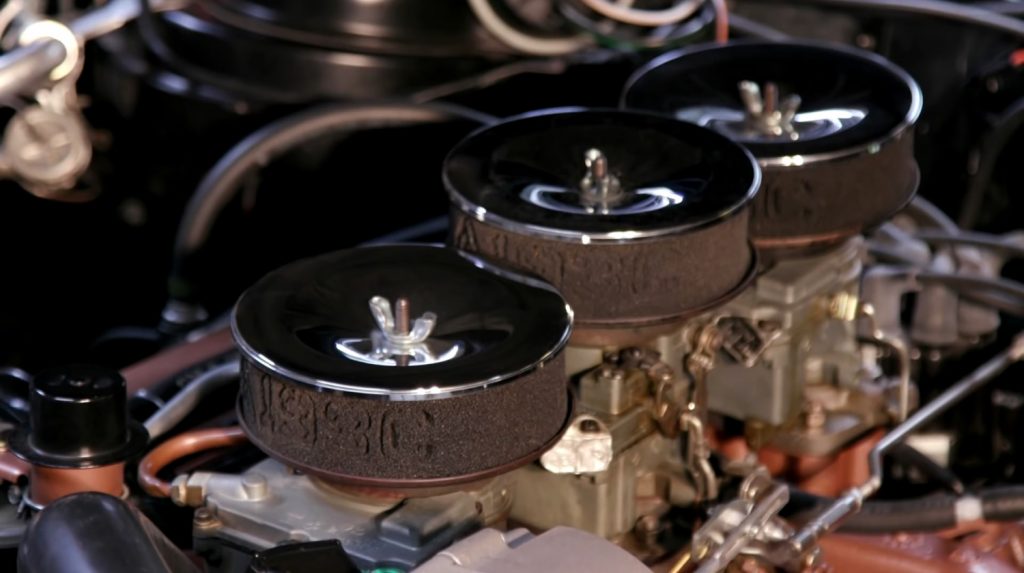 Output is routed to the rear wheels by way of a four-speed gearbox. But, as Jay points out, the Oldsmobile 442 was about much more than just performance.

“Oldsmobile is a bit different than [the Pontiac] GTO,” Jay explains. “This is more of a luxury, fast car, in the sense it has power steering, power brakes, and air conditioning.” 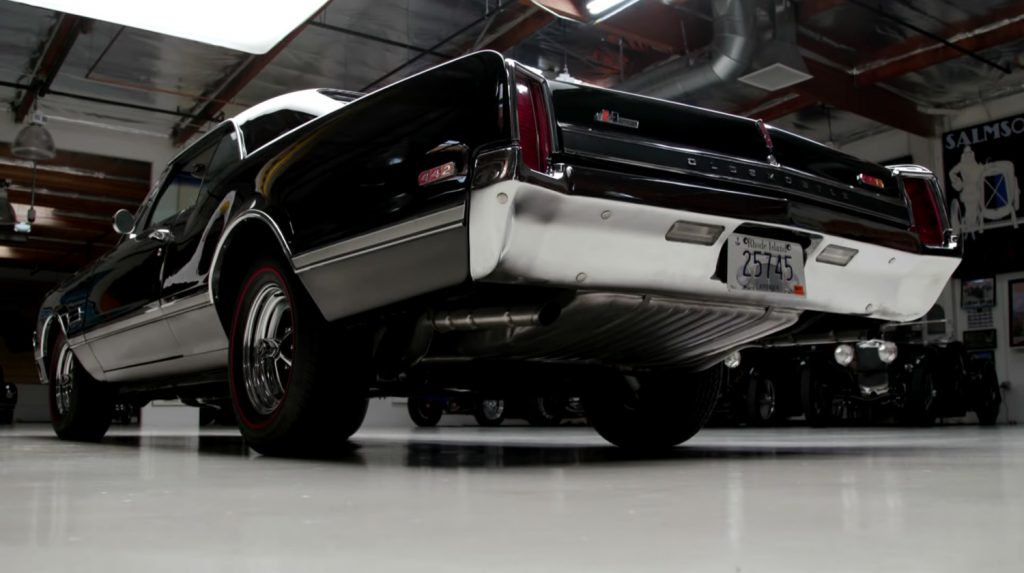 Like so many General Motors fans, the Oldsmobile 442 conjures memories of high school for Jay, and the exterior restoration underlines the nostalgia with beautifully executed paint, chrome, and detailing (even though minor issues, like moderately loose sideview mirrors, remain). 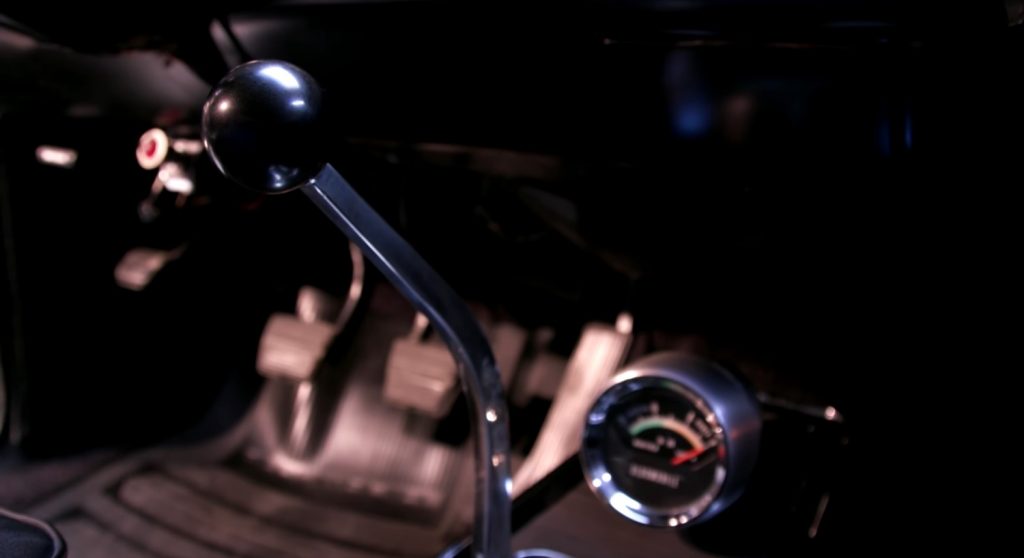 Of course, that restoration was extended to the powertrain and drivetrain, which means this 1966 Oldsmobile 442 drives as good as it looks. As such, after going over the exterior, interior, engine, underside, and extensive documentation for this car, Jay slides behind the wheel and takes it for a spin around Los Angeles. Hearing the V8 engine wind out and seeing the classic lines back on the road is a treat, so hit play and watch it all go down for yourself.