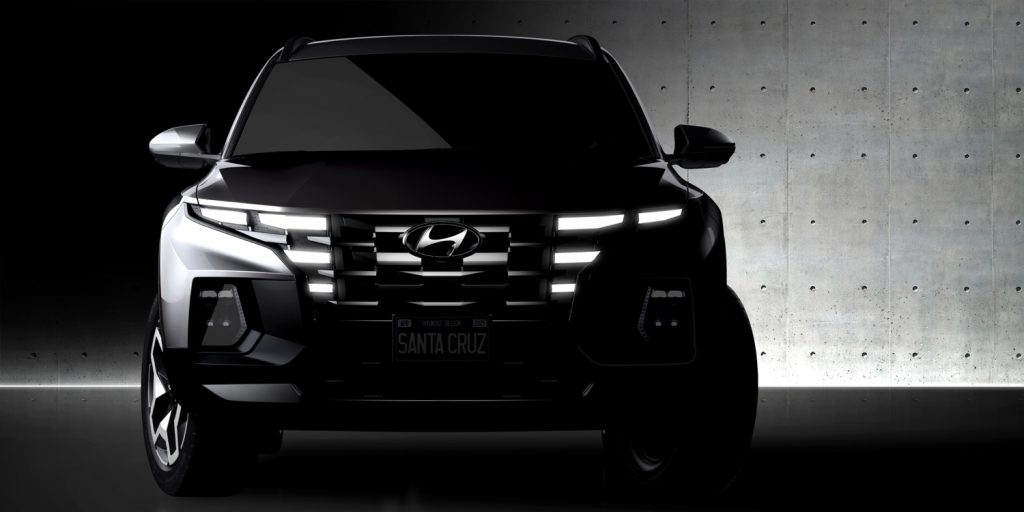 Hyundai says the new Hyundai Santa Cruz straddles the line between the SUV segment and pickup truck segment, with both a rear bed and a spacious four-door cabin, as well as plenty of infotainment and technology features and AWD grip.

“Santa Cruz, with its bold styling, breaks open all-new segment territory, both for Hyundai and the industry as a whole,” says Hyundai Motor North America president and CEO, Jose Munoz. “Open-bed flexibility coupled with closed-cabin security meets the changing everyday needs of its adventure-oriented buyers, while powerful and efficient engines and superb maneuverability ensure it is a pleasure to drive in urban or off-road environments.” 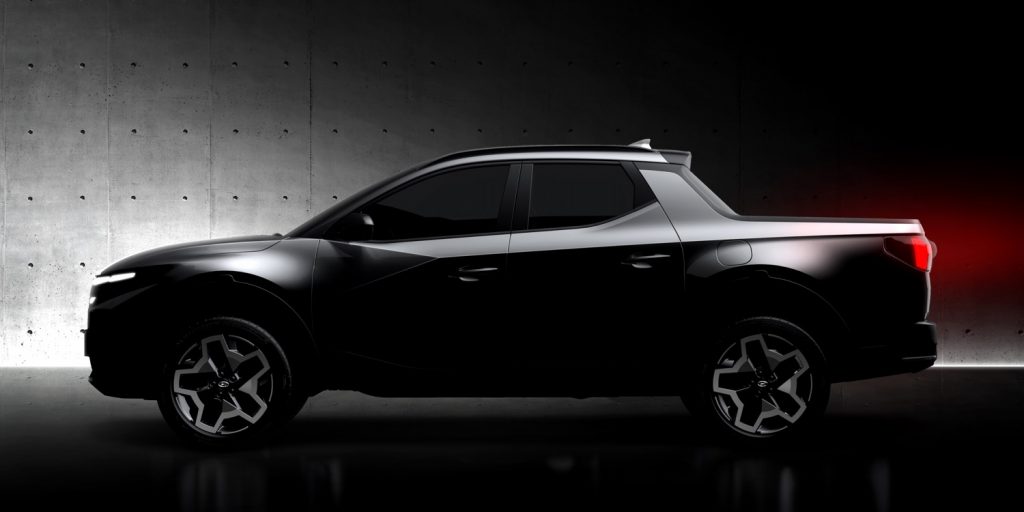 Details and specs for the new Hyundai Santa Cruz are still light, but for now, the new model is tipped to offer unibody construction with small dimensions, as well as possibly the same turbocharged 2.5L I4 gasoline engine as the Hyundai Santa Fe, likely paired with an eight-speed automatic transmission.

The latest teaser images also give us a look at the Hyundai Santa Cruz’s styling, following up on concept images released in 2019. The look includes a broad, V-shaped front fascia and grille with tiered horizontal lighting elements. The profile shows relatively balanced front-to-rear proportions, with hard styling lines and angles that lend it a futuristic vibe. The rear bed is short, falling away from the four-door cabin and leading the eye to horizontally oriented tail lights. 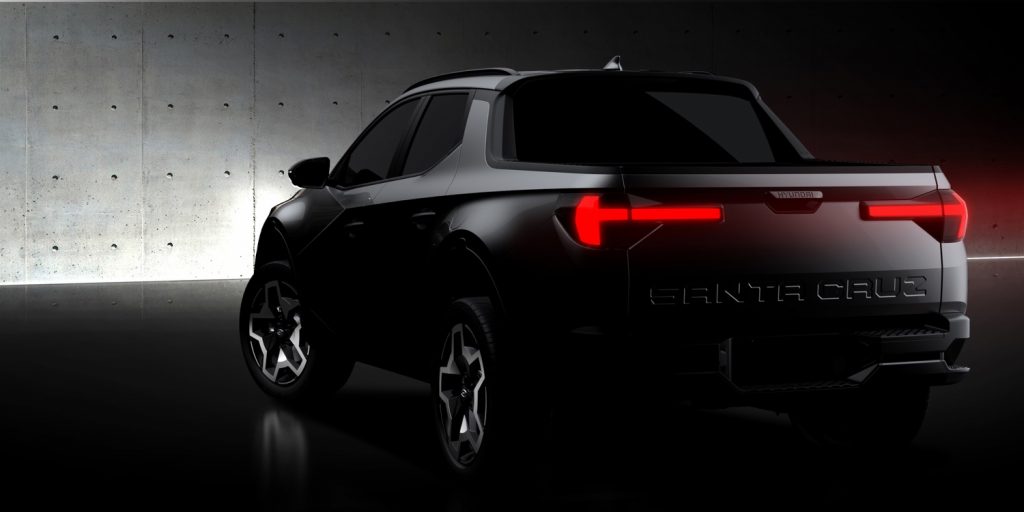 The all-new Hyundai will hit production this year, arriving in dealerships before the year’s end. Production will take place at Hyundai’s facility in Alabama.