The C7-generation Chevy Corvette Z06 is a fantastic performance machine straight from the factory, but with a few upgrades, it’s transformed into an absolute beast. Such is the case with the Corvette Z06 featured in the following video, which now rocks a stout 1,000 horsepower courtesy of Hennessey Performance Engineering. 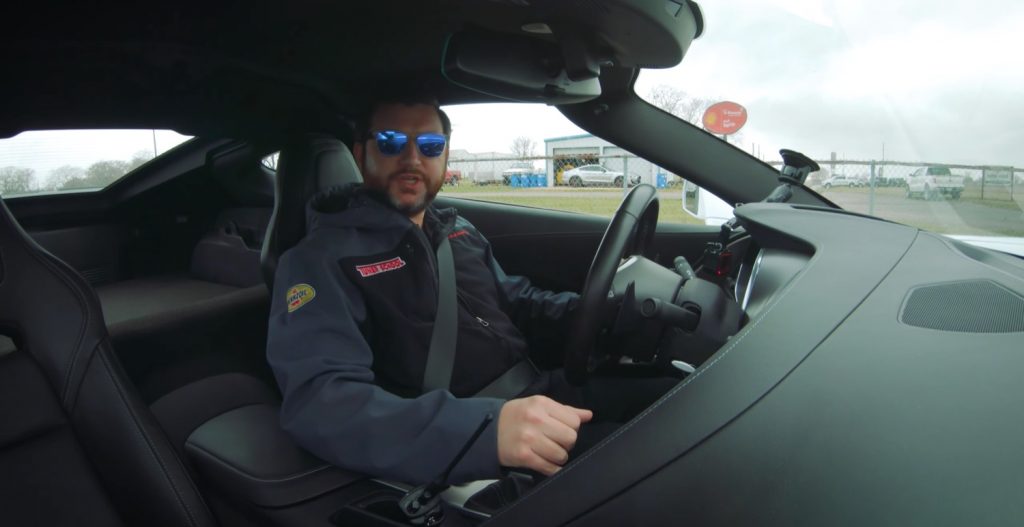 Clocking in at exactly 9 minutes, this video is more than just a raucous Chevy Corvette Z06 turning gasoline into noise (although the video does have plenty of that). It also has some interesting insights into the tuning process and performance upgrade details courtesy of Hennessey’s Director of Research and Development, Jason Haynes.

For those readers who may not know, Hennessey Performance Engineering offers a range of upgrades for Cadillac, Chevrolet, and GMC vehicles, including multiple packages for the Vette. Sitting at the top of the C7 Corvette Z06 lineup is Hennessey’s HPE1000 Supercharged Engine Upgrade, which, as you might have guessed, makes 1,000 horsepower at 6,400 rpm and 966 pound-feet of torque at 4,000 rpm. 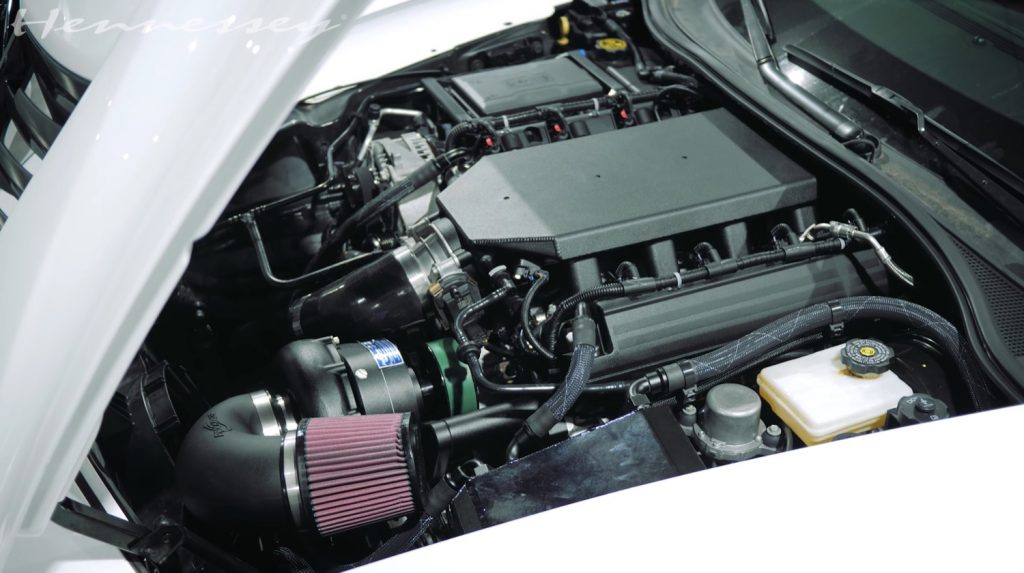 The heart of the HPE1000 package is the new centrifugal supercharger, which replaces the 1.7L supercharger found in the stock C7 Corvette Z06. According to Haynes, the big difference between the two superchargers is the way in which they move air.

“By changing the way that [the supercharger] moves air we can change the way that the car feels and accelerates,” Haynes explains. Unlike the stock blower, the upgraded supercharger actually builds boost in a linear fashion throughout the rev range. As a result, the car keeps pulling hard all the way up to redline. 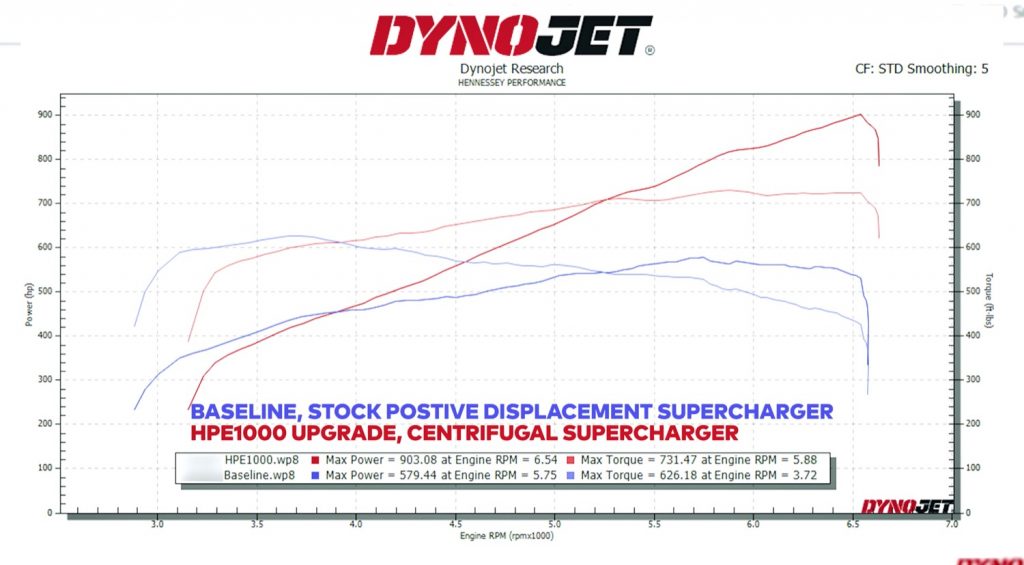 Further upgrades in the HPE1000 package include a fabricated intake manifold, a custom cam with a nice lopey idle, long-tube headers, ported cylinder heads, an upgraded valvetrain, high-flow air-to-air intercooler, a new auxiliary fuel system, and a new exhaust, plus all the gaskets, fluids, and tuning needed to make it run right. 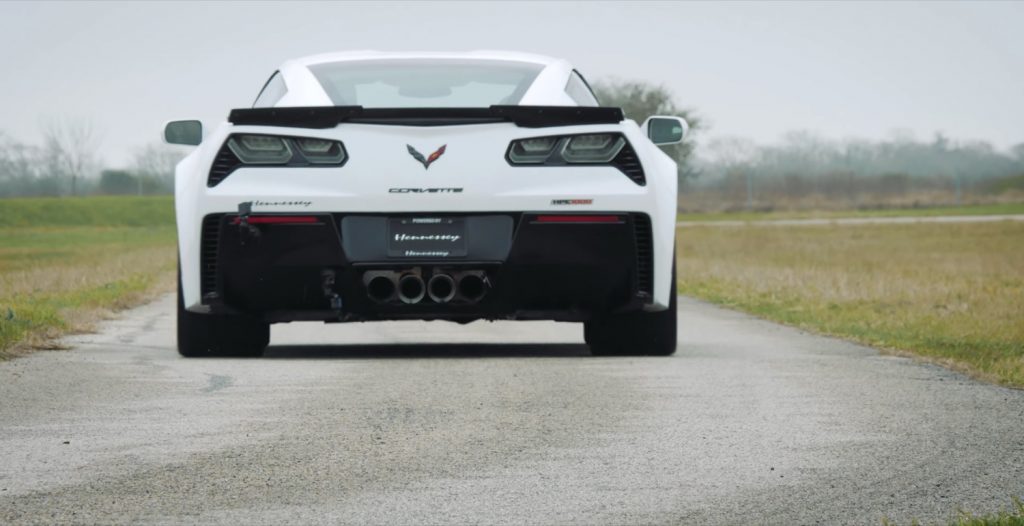 See it for yourself by hitting play: