These days, the minivan is considered a soulless transportation brick to ferry the brood to and fro. However, back in the ‘50s, GMC had something much more stylish and desirable in mind, as evidenced by the following concept photos recently unearthed by GM Design. 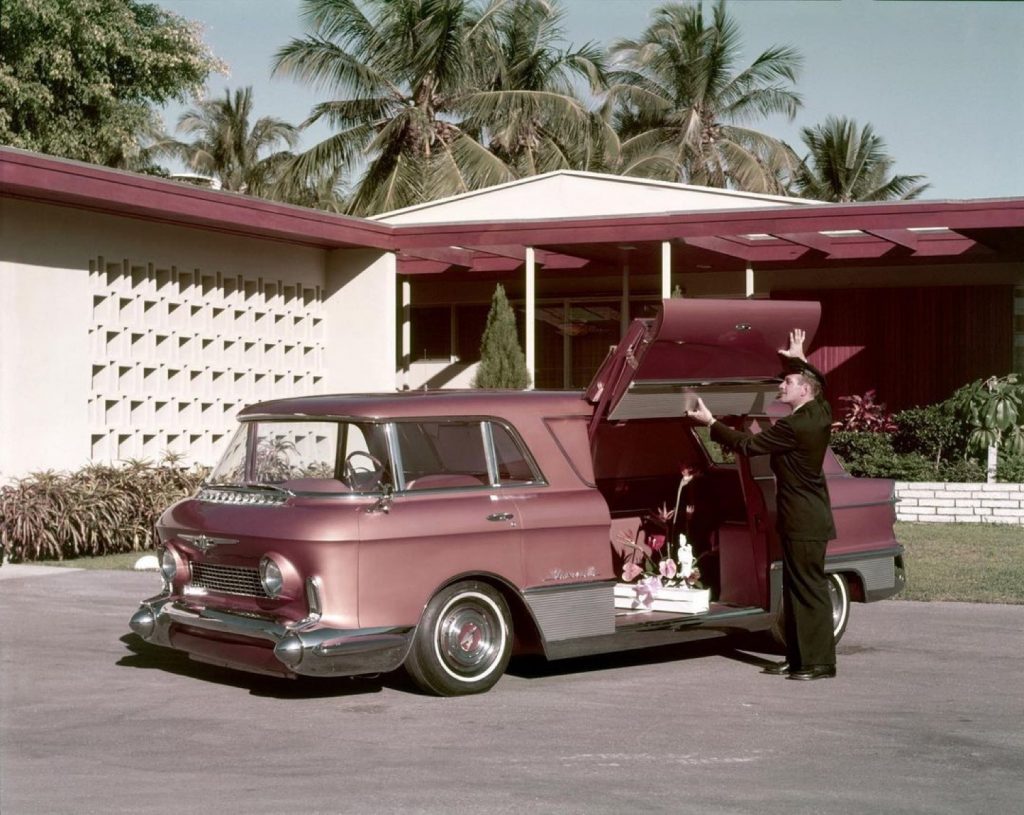 Pulled from the GM Design Archives & Special Collections, these photos were recently posted to the official GM Design Instagram feed, giving us a look at not only the final concept, but also a brief glimpse at the design process, including the vehicle’s creation in clay. 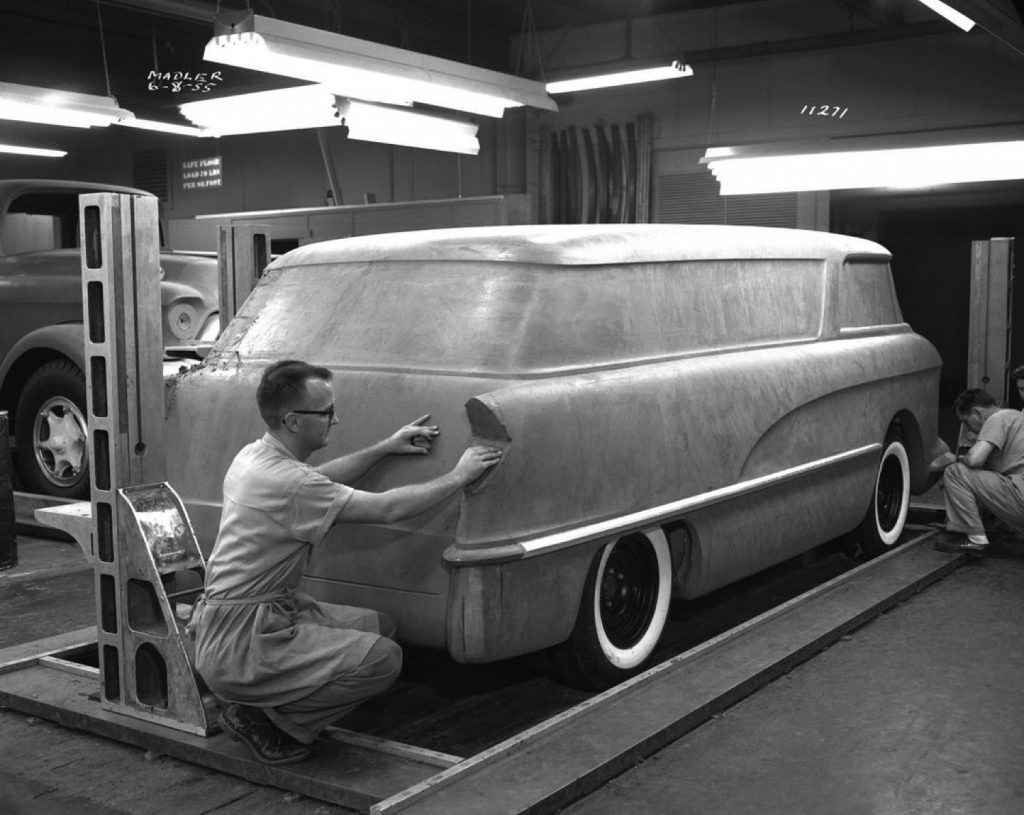 Making its debut at the 1955 Motorama show, the GMC L’Universelle included a front-mounted 287 V8 engine driving the front wheels. As such, the vehicle provided oodles of space in the rear for, well, whatever you could imagine.

The name is French for “the universal,” an appropriate title given the concept’s myriad applications. At the time, General Motors envisaged the vehicle’s use as a delivery truck, taxi, bus, or station wagon, as well as transportation for outdoor enthusiasts. 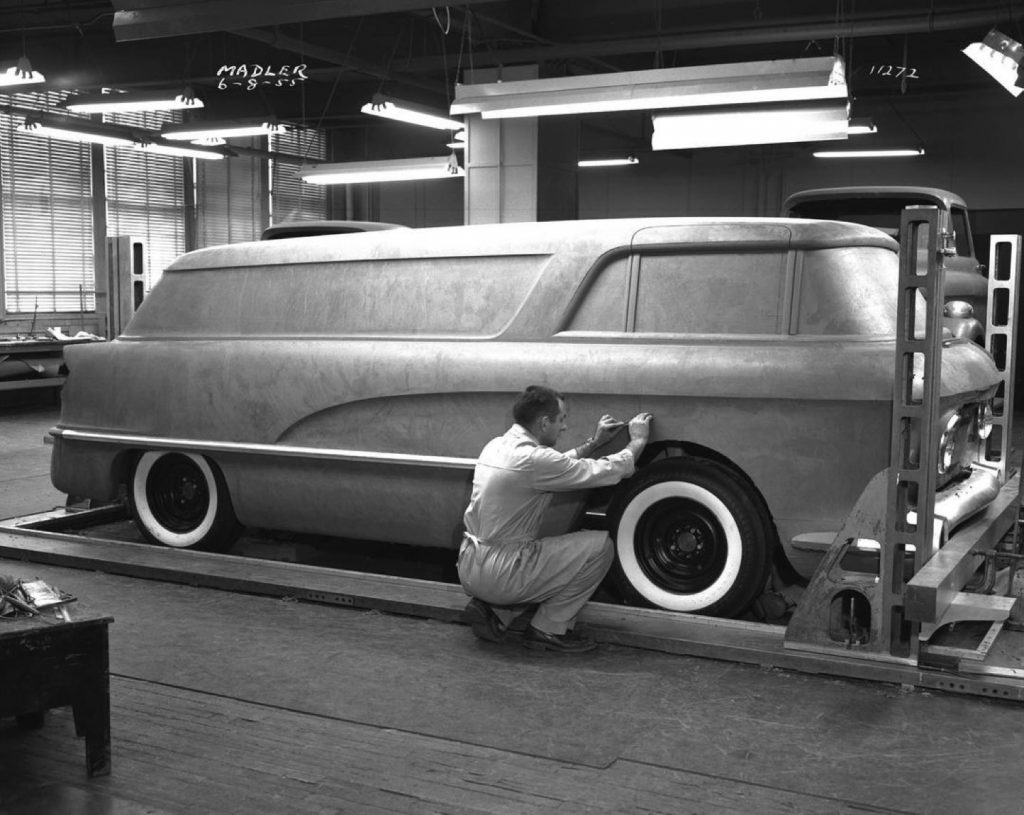 In addition to a wide variety of possible uses, the 1955 GMC L’Universelle was simply gorgeous to look at as well, with large bumpers, tail fins, and a two-tone color scheme with pink on silver.

Unfortunately, the 1955 GMC L’Universelle never made it beyond the concept stage. However, the design did provide a inspiration for production vehicles to follow, such as the Chevrolet Corvair Greenbriar.