The GM Design team recently shared a series of studio images of the 1962 XP-777 Concept on its Instagram page, giving us a new perspective on this old Larry Shinoda-designed styling exercise. 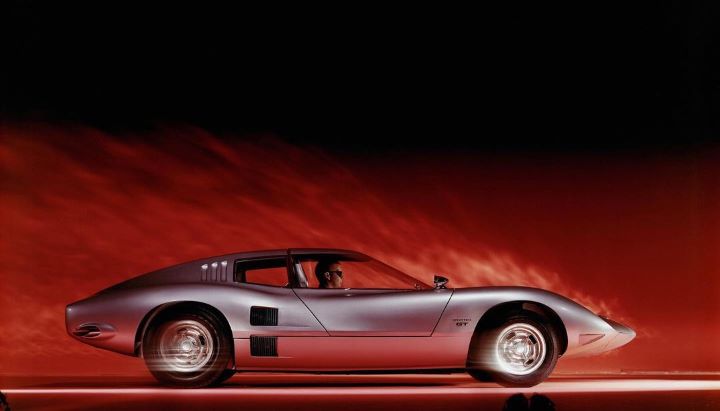 Also known as the Chevrolet Corvair Monza GT, the 1962 XP-777 Concept was essentially a low-slung, dramatically styled take on the comparably pedestrian Corvair. Unlike the production Corvair, however, the Turbo-Air 6 engine was mounted ahead of the rear wheels and turned 180 degrees, making it a true mid-engine car. The XP-777’s streamlined exterior appearance was the direct result of a wind tunnel testing program that GM was conducting at the time, with this focus on aerodynamics eventually influencing several of GM’s vehicles throughout the 1960s.

Some of the styling cues seen on the XP-777 also inspired the design of later iterations of the production Corvair, like the taillights for example. 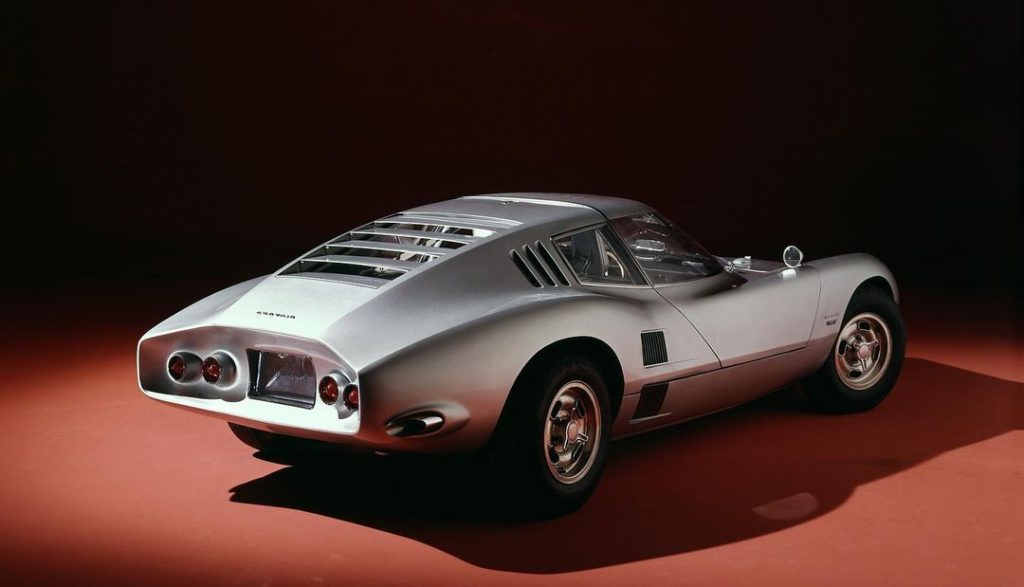 These newly shared photos show the car in the studio at the GM Design Center in Michigan. Another photo shows the two designers of the car, Shinoda and Tony Lapine, posing with the full-size styling rendering they developed before the actual physical car was built. The dimensions of the rendering are quite a bit different than the production model, showing a more upright greenhouse and a hunched-over engine cover. Also of note: the driver pictured behind the wheel in the rendering is none other than GM design director Bill Mitchell. We’re left wondering what happened to this cardboard rendering – which would be a seriously cool collectible for any Corvair fan. 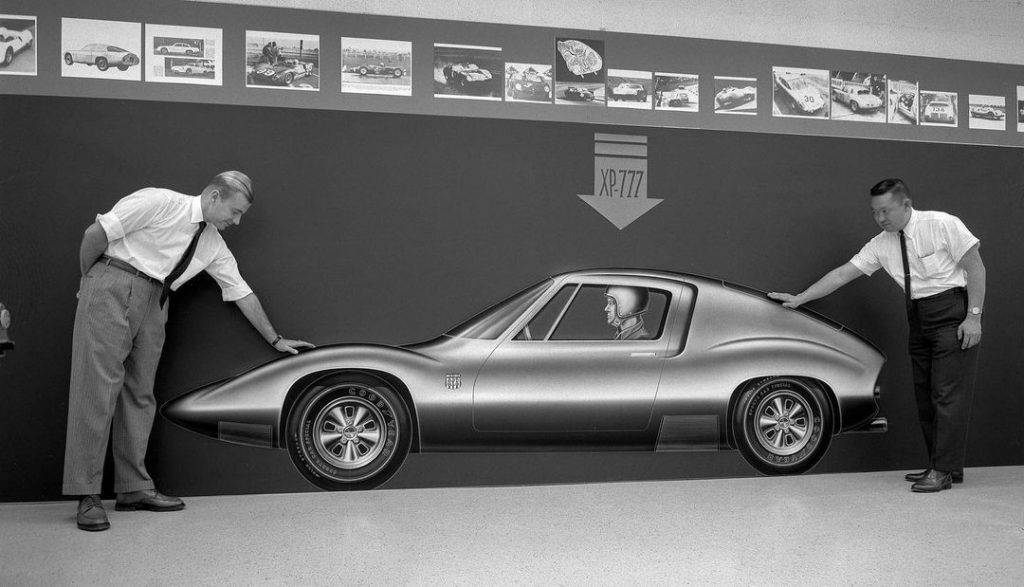 These days, the XP-777 Concept resides in the private GM Heritage Center, where it lives alongside other mid-engine concepts like the Corvair Monza SS, 1967 Astro and 1968 Astro II.