General Motors plans to increase its marketing budget in the coming months to bring it back in line with pre-pandemic levels, the automaker’s Chief Marketing Officer, Deborah Wahl, said this week.

Speaking during a recent online Reuters Events conference, Wahl said the automaker has plans to boost its marketing budget in the coming months and will implement new advertising strategies that will help it appeal to different kinds of vehicle buyers. GM cut its annual global marketing budget by about $1 billion last year due to the COVID-19 pandemic, Reuters reports, dropping it to around $2.7 billion.

“What we went through in the pandemic was certainly severe and we should be moving back up to our normalized levels,” Wahl said during the conference.

While GM’s marketing budget will return to pre-pandemic levels shortly, its marketing strategies will be much different. The automaker is increasing its marketing spend with social media influencers, Reuters reports, which should help increase brand awareness among younger vehicle buyers. It will also host more entertaining vehicle debuts and launches, the publication says, and personalize its various marketing materials to appeal to more specific buyer groups.

“We’re looking at really changing the way that we spend,” Wahl added. 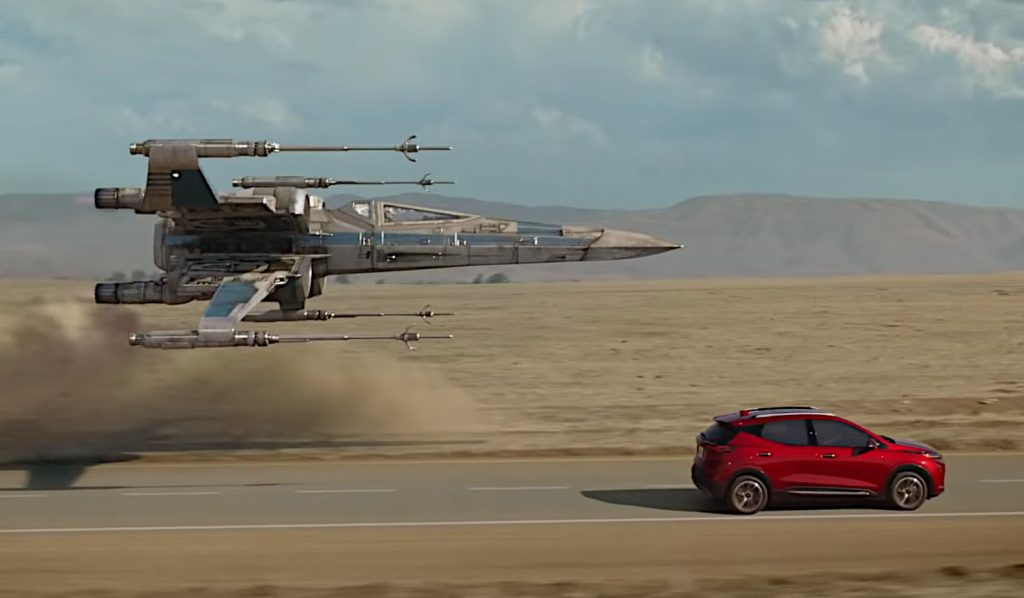 The debut event for the Bolt EV and Bolt EUV, which was hosted by TikTok star Nik Cho (@YourKoreanDad) and was filmed on location at Disney World, serves as a potential early example of the automaker’s new ad strategy. The debut event featured a production-heavy commercial for the new EVs called Magic is Electric, which was developed in partnership with Disney and starred multiple Disney animated characters.

Similarly, GM hired Lebron James to promote the launch of the GMC Hummer EV, getting the basketball star to post videos of the new battery-electric pickup truck on his Instagram story. James also appears on other marketing material for the truck, serving as an official Hummer EV brand ambassador.