Many people who want a radio-controlled car go down the obvious route of buying a kit and assembling it as the manufacturer intended. Paul Chatfield, a GM Authority reader from the U.K., took a very different approach with his Chevy Camaro. 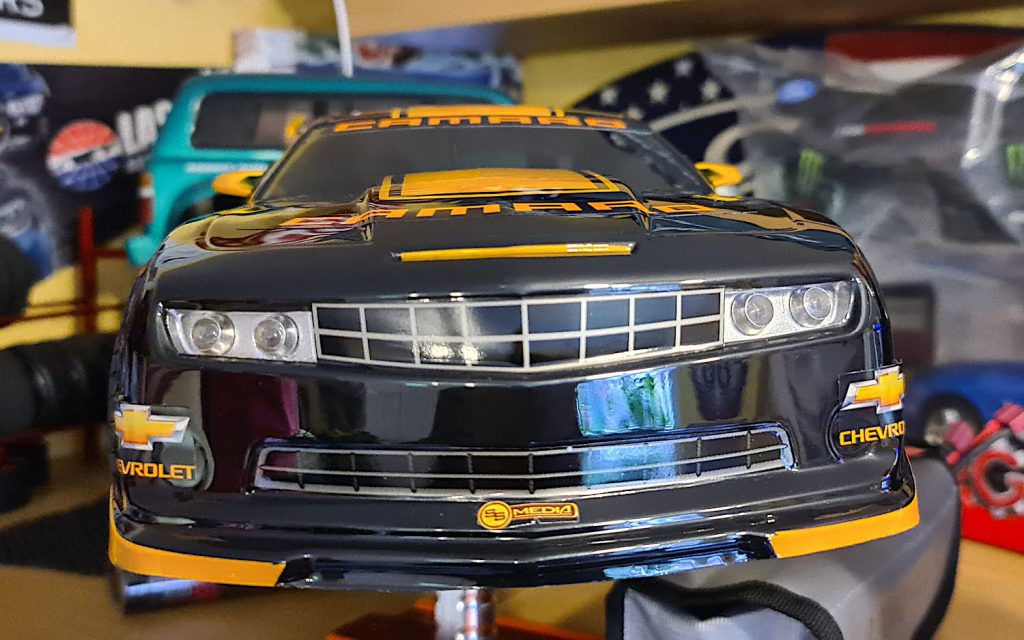 In Paul’s case, the kit he bought was in fact a 1/10th scale Ford Mustang by Tamiya, based on the Japanese company’s TT02 chassis. Although Paul owns a full-size Mustang himself, he did not use the Mustang body, but replaced it with an aftermarket Chevy Camaro one in clear plastic.

“I spent a lot of time looking at how I’d like the Camaro to look and absolutely loved the black and gold racing Camaro pictures I found on GM Authority and decided that was exactly what I wanted the car to look like,” he tells us. 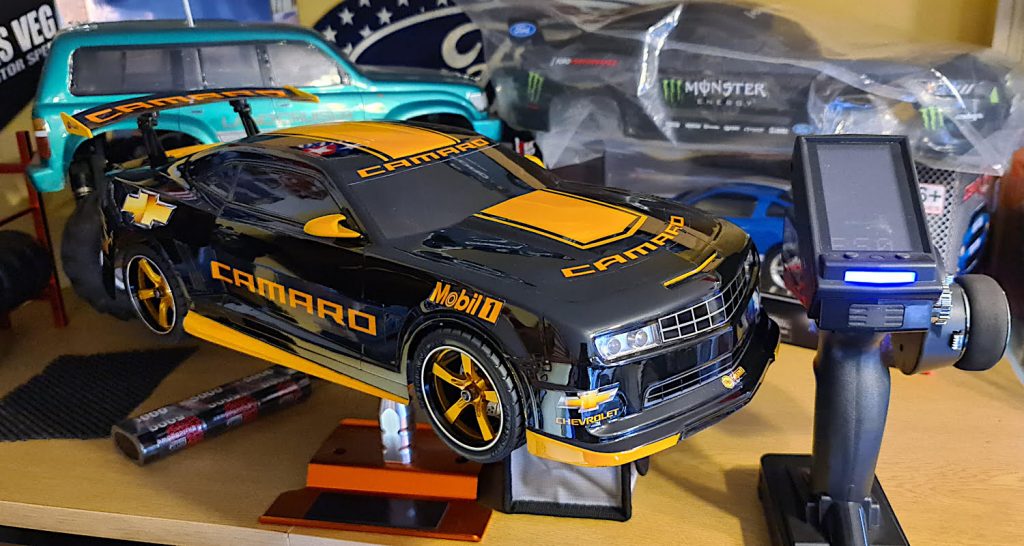 To replicate the race car’s color scheme, Paul used Tamiya Camel Yellow for the gold sections and Core RC for the black. He then faced a problem – no scale replicas of the decals exist, so Paul and one of his twin sons had to recreate them personally. This was done (“carefully and with lots of fine tuning”) by printing the graphics and decals on to self-adhesive vinyl and then applying them to the Chevy Camaro shell.

The shell was modified to accept fully working LED lights all round. It’s fixed to the chassis using magnetic body mounts, to avoid having unsightly mounting poles sticking out of the body.

The Mustang kit’s original electric motor was abandoned in favor of a more powerful Tamiya RZ unit. To further improve the RC car’s performance, Paul also upgraded the gearing and steering, and fitted race ball bearings all round.

The attention to detail on the miniature Chevy Camaro is apparent right down to its Camaro Gold Killer Body alloy wheels, which are fitted with Tamiya Road Tires. 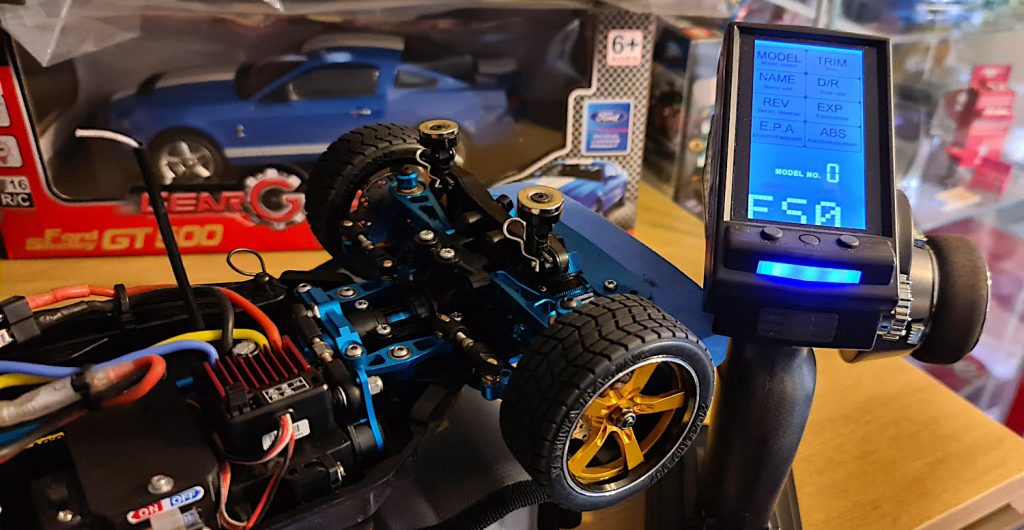 The Mustang kit which served as a starting point cost £145 (approximately $200), but after, in his own words, “going nuts” with the upgrades, Paul reckons he has “easily spent over £250 extra” ($340) converting it into his unique Chevy Camaro. At the very least, the total figure must therefore be £395 ($540), if not considerably more. We can understand Paul’s reluctance to calculate the total figure.

We can also understand his pride in the finished product. “There are a few bits I’d do differently, but overall, I am delighted with the result and feel I have done the original car justice,” he concludes.

Be sure to subscribe to GM Authority for more Chevy Camaro news, Chevrolet news and full-scale GM news coverage.