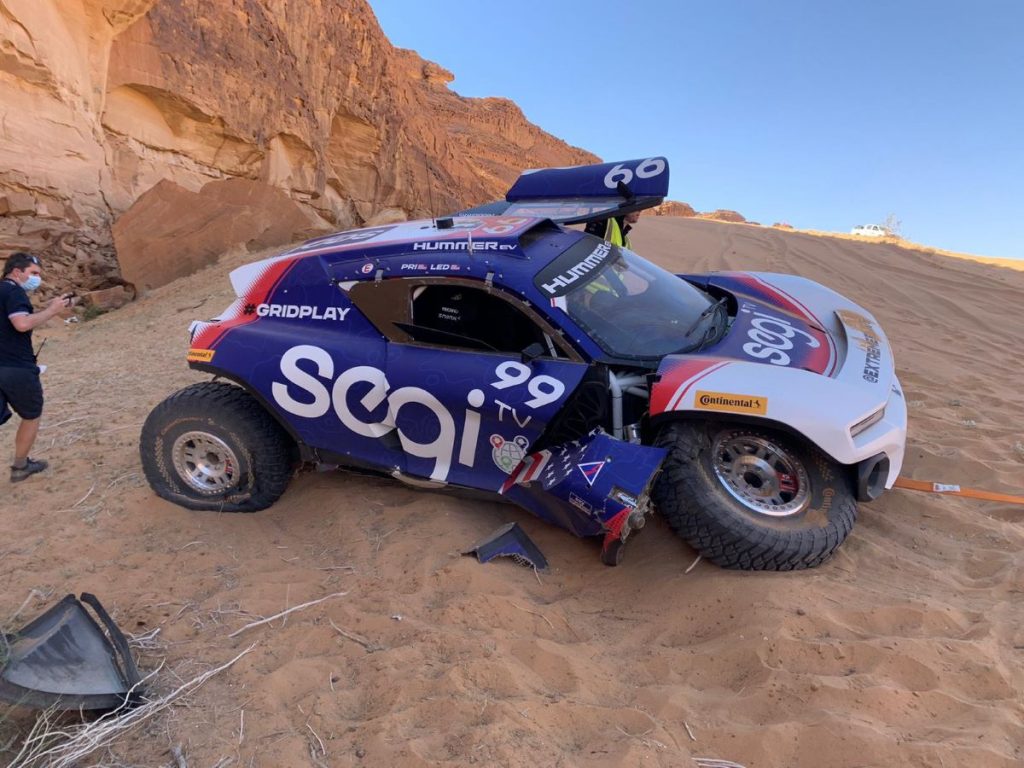 The Hummer-backed CGR team was among the favorites heading into the first-ever Extreme E race weekend after the American duo of Kyle LeDuc and Sara Price topped the timesheets at the pre-season test in Spain last year. Things got off to a difficult start in Al-Ula this weekend, however, with LeDuc clipping a rock while on a high-speed shakedown run, tearing the right side suspension off the team’s fully electric Odyssey 21 race SUV. The CGR team then scrambled to make repairs overnight to get LeDuc and Price’s ride ready for the qualifying session on Saturday. 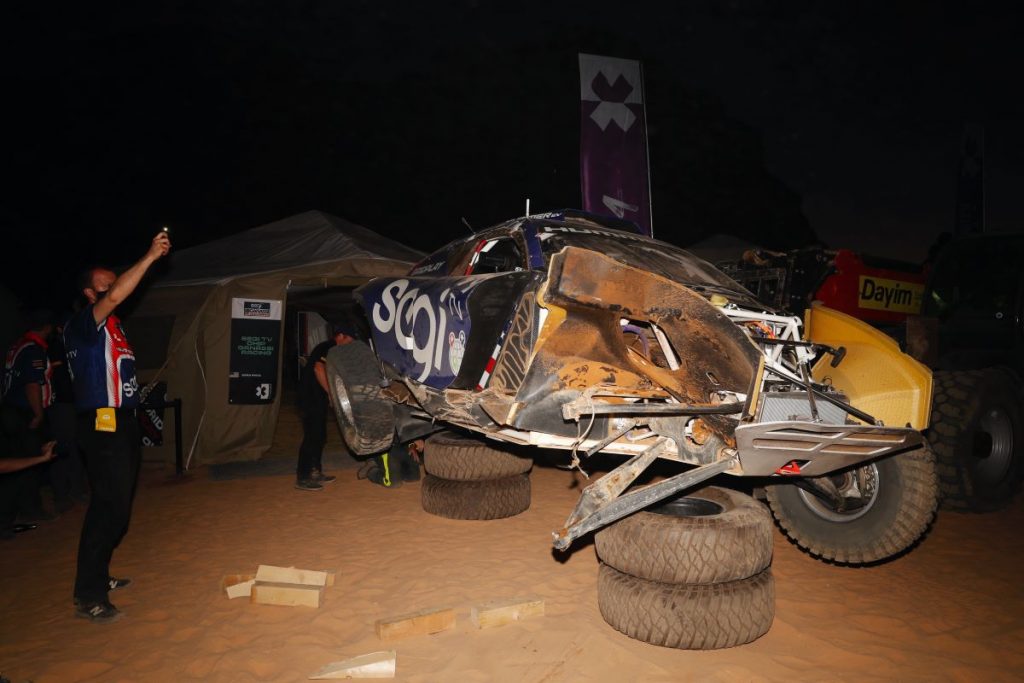 With the repairs made, LeDuc and Price were ready for the first of two qualifying sessions – but it wasn’t long before the team then hit yet another roadblock. As LeDuc was out on his first qualifying run, the Hummer-badged electric SUV lost its power steering, forcing the pair to wrestle it around the treacherous desert circuit with no steering boost. The steering problem also sidelined the team from the second qualifying session, nullifying their chances at a good result before the heat races even began.

Unable to post a qualifying time, the CGR team was relegated to the Shootout round to race for seventh position points. Price lined up on the grid alongside Mattias Ekstrom in his ABT Cupra entry, who was forced into the Shootout round after his teammate Claudia Hurtgen suffered a massive rollover crash in qualifying. After completing her mandated lap, Price turned the car over to LeDuc, who began to close in on Hurtgen toward the end of the lap. The American misjudged his approach speed to Hurtgen, however, and clobbered the rear end of the ABT Cupra entry, taking them both out of the race and red flagging the session. 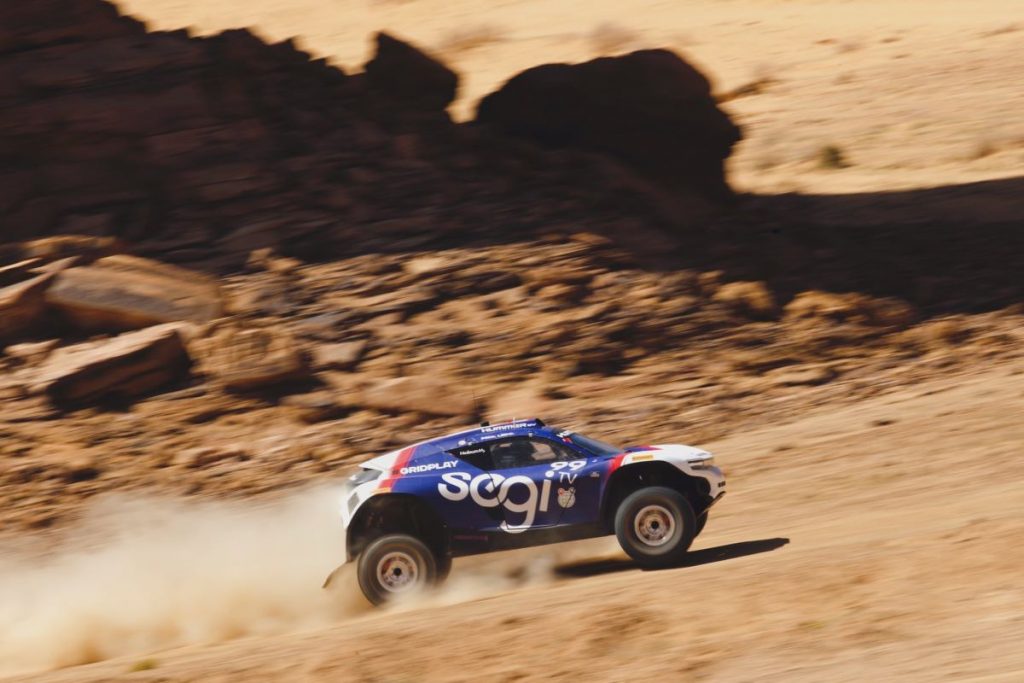 After crashing out in the Shootout round, the CGR Hummer entry was awarded eighth place points. The only team to fare worse than the American squad in Al-Ula was Veloce Racing, which retired from the event after driver Stephane Sarrazin suffered a high-speed rollover in the first qualifying session.

The second race of the Extreme E season will be held in Lac Rose, Senegal the weekend of May 30th, 2021.