Colton Herta took a dominant win in Sunday’s Firestone IndyCar Grand Prix from the streets of St. Petersburg, with the California native starting from pole position and leading the race from flag-to-flag. 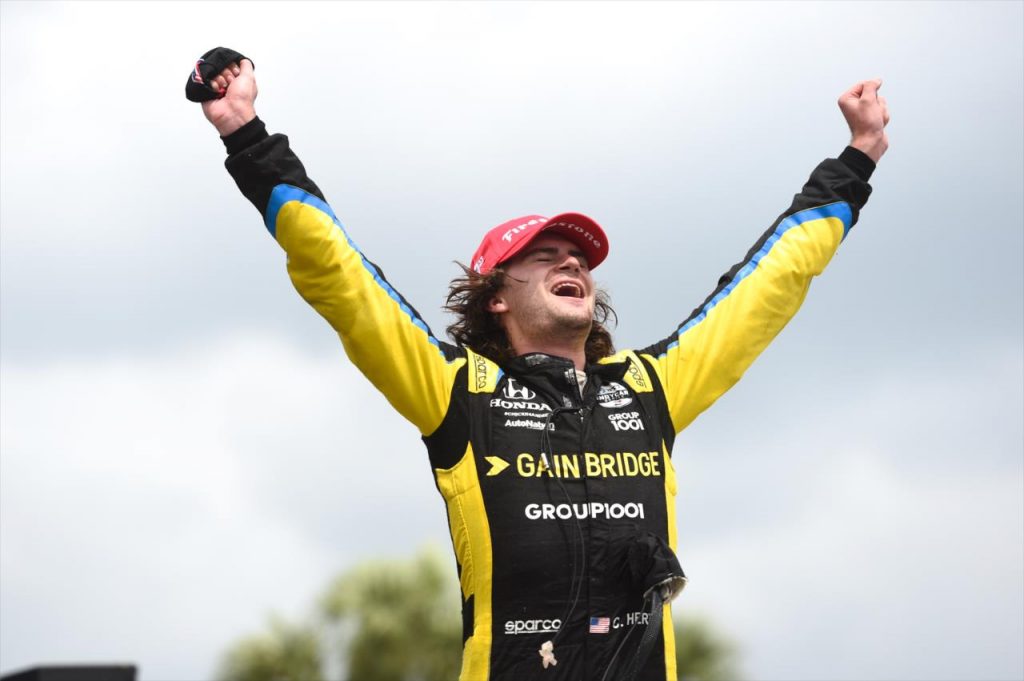 The 21-year old led a race-record 97-of-100 laps, only surrendering the lead during his three pit stops. Herta also fended off reigning series champion Josef Newgarden in the closing laps, who attempted to close in on Herta using his stockpile of remaining push-to-pass, but couldn’t get close enough to truly attempt a pass.

The win was a welcome result for Herta and his Andretti Autosport team after he was taken out of the season-opening race at Barber Motorsports park on the first lap, putting him on the back foot for a potential championship bid.

“What a great job by everybody,” Herta said after climbing out of the car. “Sorry, I can barely talk; I’m so winded. I’m so happy we did this, so happy to rebound from Barber and get the momentum going for the season that we need, which is a championship season.” 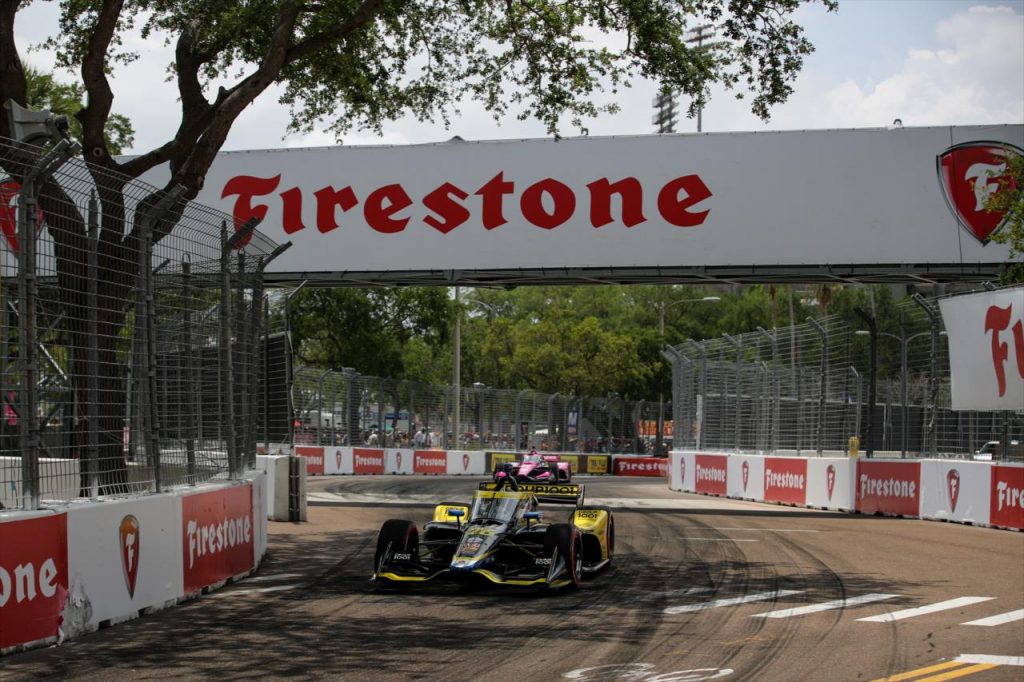 Herta may have led from start to finish, but that doesn’t tell the full story of his race. He had pulled out a sizable 10-second lead with about 30 laps remaining when the yellow came out for the stricken car of Jimmie Johnson – nullifying the major gap he had built to second place and forcing him to defend against Newgarden when the green came back out.

The yellow came out once again on Lap 80, just four laps after the restart, with Herta once again forced to defend against Newgarden once racing got back underway. Making Herta’s life even harder was the fact that Newgarden was on the softer red sidewall Firestone tire, which typically offers more grip than the black sidewall primary that Herta had opted for in the final round of pitstops. 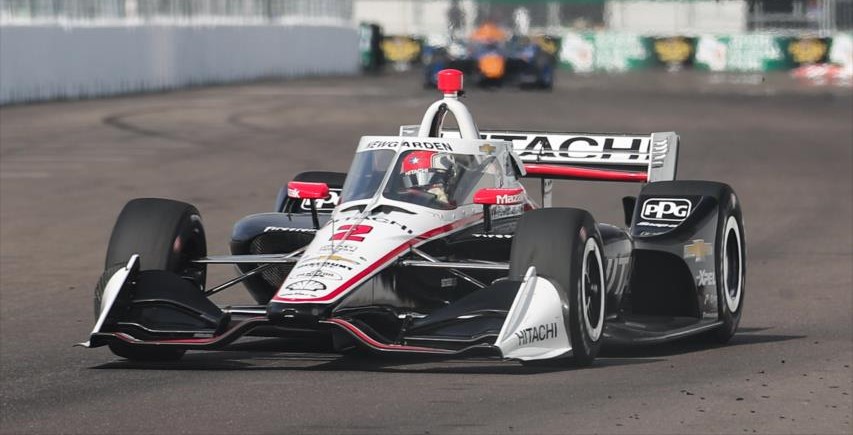 “He’s so good around here,” Herta said of Newgarden and his Team Penske crew. “I was nervous because he was on those new red tires. I thought they were going to be better. But they ended up being similar (to the primary tires), so I was able to hold him off.”

Simon Pagenaud followed Newgarden across the line to give Chevy a double podium result, while Jack Harvey put in another strong drive to come home fourth for Meyer-Shank Racing. Six-time IndyCar champion Scott Dixon, meanwhile, rounded out the top five.

IndyCar heads to Texas this weekend for a double-header at the wicked fast 1.44-mile banked oval. In the meantime, check out all the highlights from St. Petersburg in the video embedded below.