A Florida man was booked into jail on multiple charges after he led deputies on a dangerous high-speed police chase in a K2-generation Chevy Suburban earlier this month.

The chase, which was captured on police dash cam and uploaded to the ever-entertaining Police Activity YouTube channel this week, started when the suspect ran a stop sign and veered into the oncoming lane while coming off the interstate in Micanopy, Florida. An officer observed the reckless driving and attempted to pull the suspect over in the parking lot of the appropriately named Café Risque, but the driver fled and turned southbound on U.S. Route 441, travelling in the opposite direction of traffic in the northbound lane. The officer also observed the driver throwing an alcoholic beverage out of the window of the vehicle in the parking lot of the cafe. 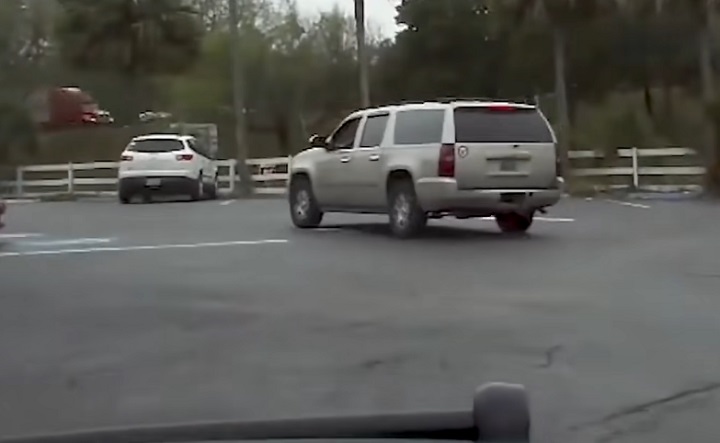 The officer, identified as Deputy Shon McGuigan, continued the chase, with the suspect eventually reaching speeds of up to 100 miles per hour while travelling in a construction zone. Deputy McGuigan also noticed the driver was continually flipping him off as they fled.

The Chevy Suburban driver managed to shake off several attempts by officers to pit maneuver the SUV, either regaining control of the vehicle or driving away before officers had the chance to apprehend them.  Deputy McGuigan eventually performed a successful pit maneuver, with other highway patrol officers moving in to help pin the Suburban and prevent the suspect from fleeing once more. 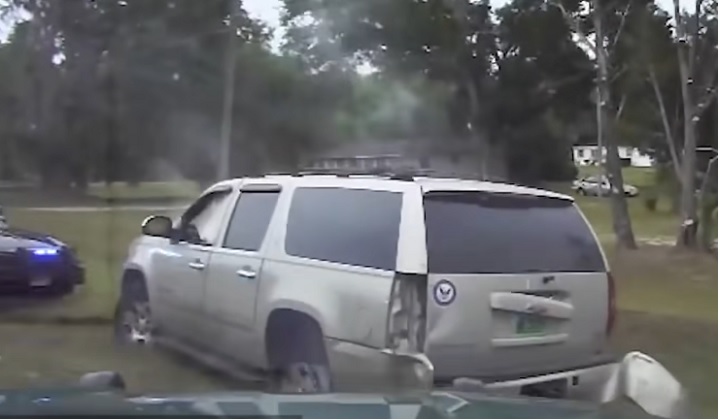 The suspect, later identified as 33-year-old Matthew Martin Richardson, was booked on multiple charges including Fleeing and Eluding Law Enforcement, Aggravated Assault on a Law Enforcement Officer, Driving While License Suspended/Revoked and Reckless Driving. Officers also learned that Richardson was a suspect in an identical incident earlier in the day involving the Marion County Sheriff’s Office and Florida Highway Patrol.

Check out the high-speed chase in the video below.