With ridiculous suspension travel, absurdly tough mechanical components, and fire-breathing V8 engines, trophy trucks are a sight to behold, scorching the unforgiving terrain at hair-raising speeds in a multitude of off-road racing events. These impressive machines are definitely worthy of admiration, but this particular trophy truck is special, paying homage to the racing accomplishments of Felix Giles. 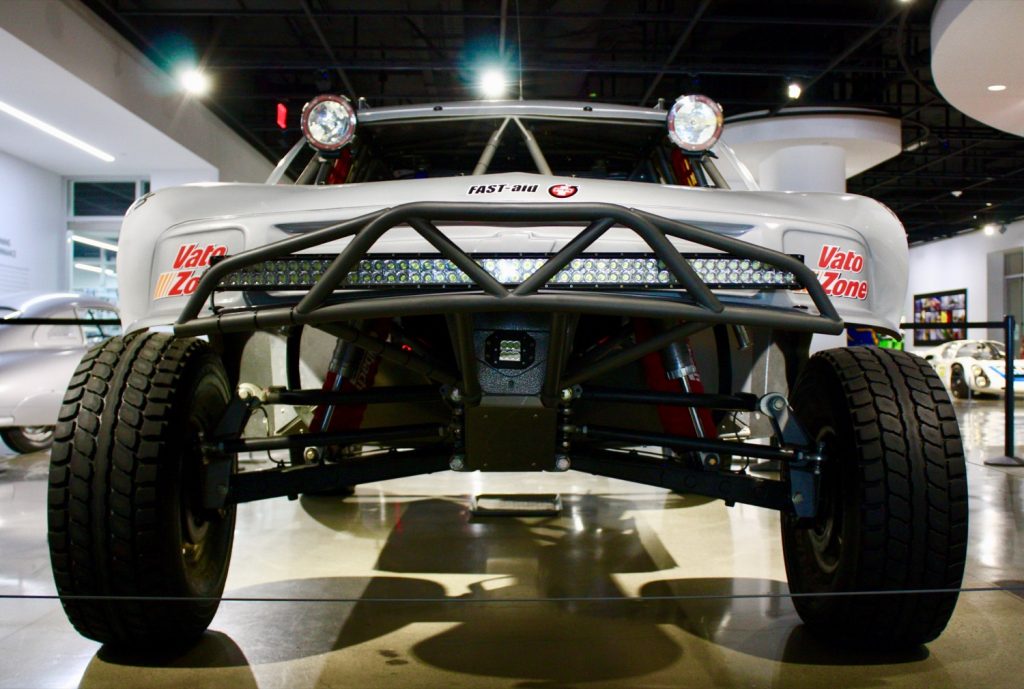 Born in Cleveland in 1951, Giles was the first African American to compete in the Baja 1000, taking part in the prestigious off-road race in 1990. Despite suffering a major rollover crash, Giles still managed to complete the grueling long-distance event, a feat which roughly half of all entrants fail to accomplish.

After the recession in 1991 robbed him of his racing sponsorship, Giles volunteered to fly a communications plane for the BFGoodrich team, relaying crucial information to the crew below and earning him the nickname “Nighthawk.” 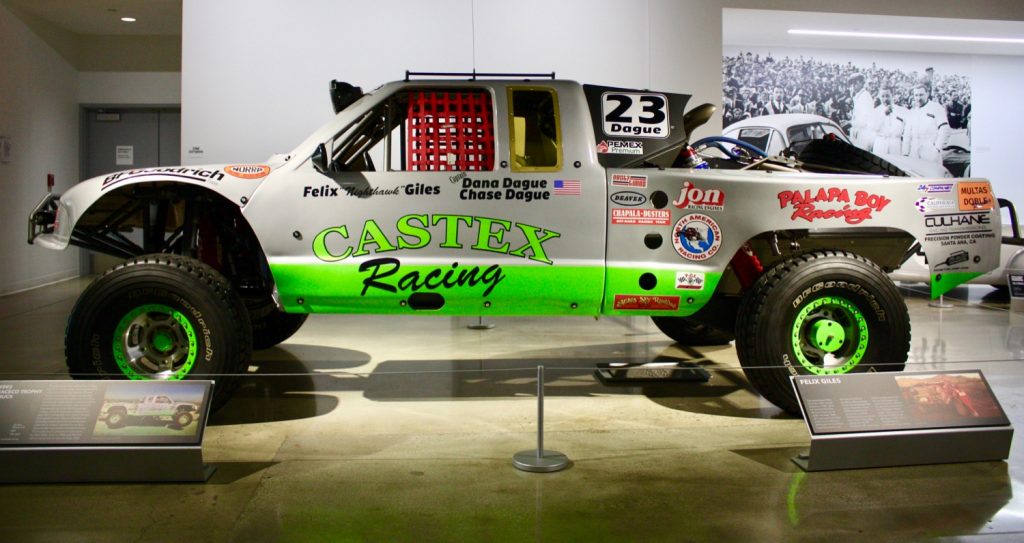 Giles would go on to compete in additional off-road races behind the wheel of a trophy truck, while later in his racing career, he took part in the NASCAR Craftsman Truck Series. Off-track accomplishments include 13 years serving with the U.S. Navy as a sonar technician, as well as a member of the Nuclear Reliability Weapons Team and Foreign Military Sales Team. Giles has also held top engineering positions working on the B2 Stealth Bomber, various submarine systems, and the Top Gun and Red Flag training systems. Further highlights from Giles’ resumé include working as a college professor in the fields of computer science and informational systems, plus qualification as a Taekwando instructor, acting roles in several television series and commercials, and serving in a long list of charities and social programs. 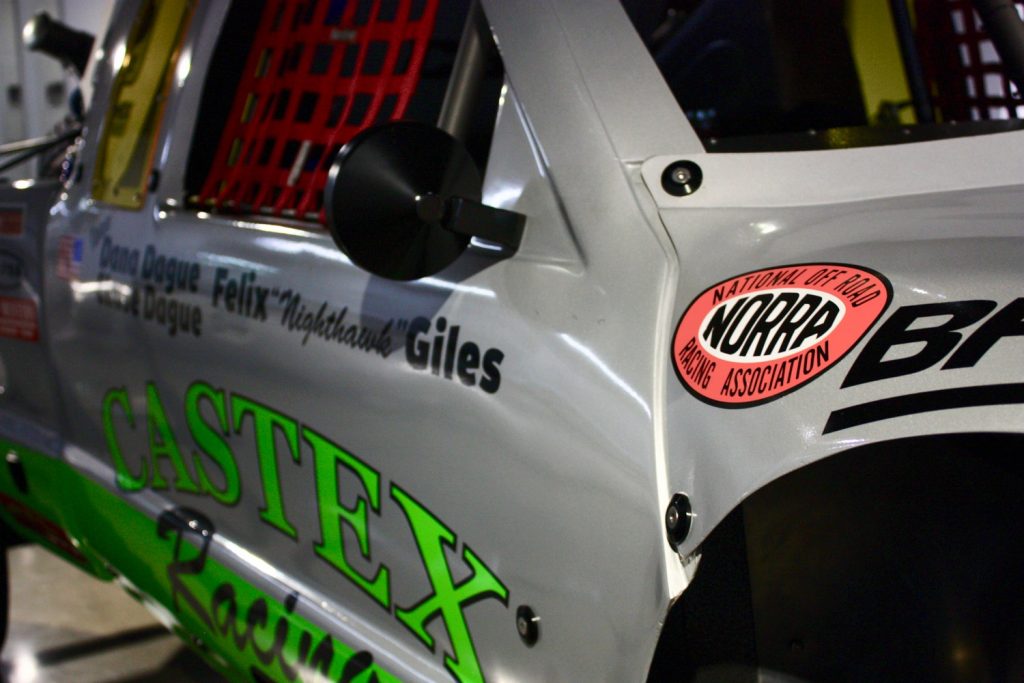 All told, Giles’ list of accomplishments is nothing short of extraordinary. The trophy truck you see here acknowledges his off-road racing career, and can now be seen on display at the recently reopened Petersen Automotive Museum in Los Angeles. 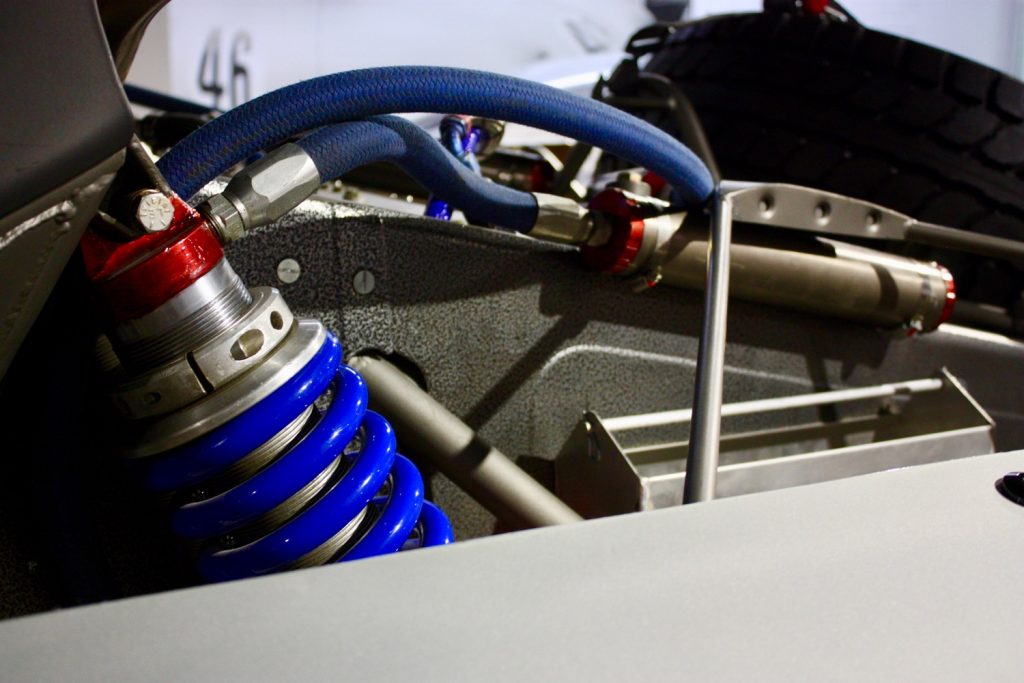 Specs include a 427 Chevy V8 engine producing 680 horsepower and connecting to a Culhane Turbo 400 transmission, a combo good enough for a top speed of 136 mph. The body is made from fiberglass and is styled after the Chevy S10 pickup, fixed to a tube chassis. The suspension includes Kuster three-inch coilovers. 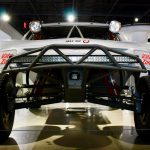 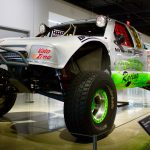 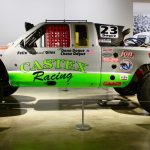 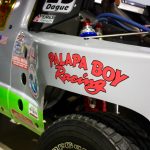 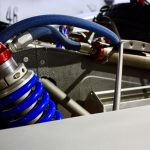 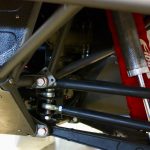 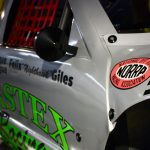 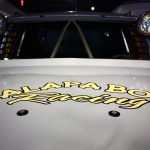