The Chevy Bolt EUT is powered by single-drive electric motor, with a 65-kWh lithium-ion battery providing the juice, matching the specs of the Bolt EV and Bolt EUV. 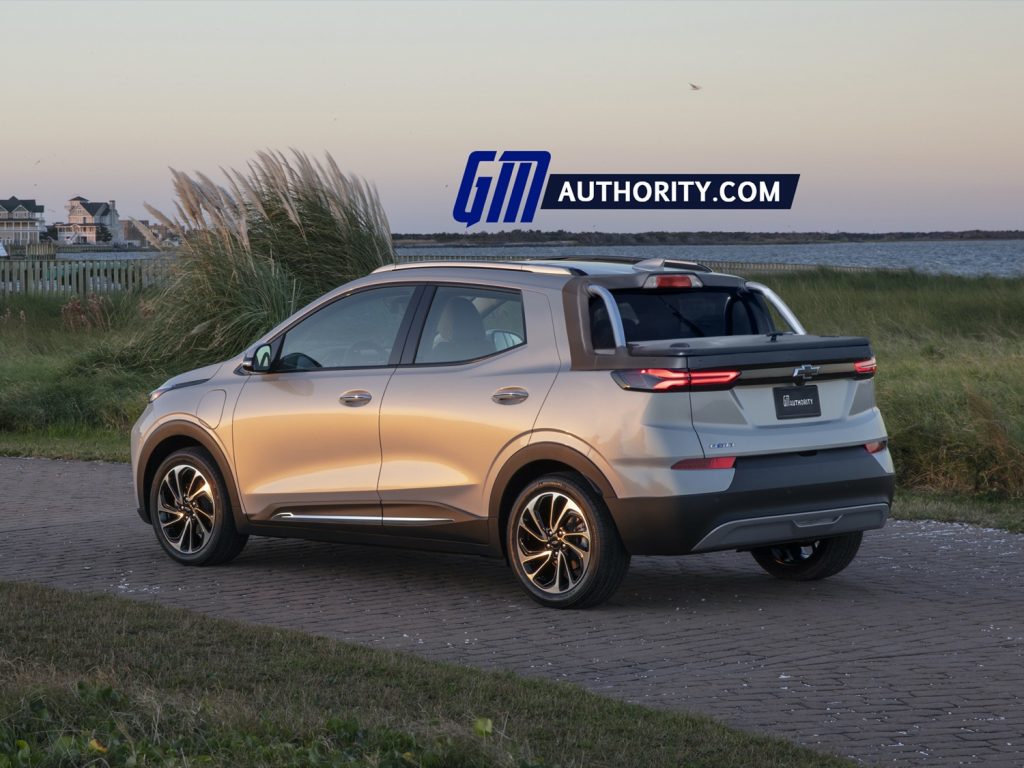 However, move around to the rear of the Chevy Bolt EUT, and you’ll find the hatch has been transformed into a bed big enough to fit multiple bags of groceries. Access to the bed section is possible via a fold-down tailgate, while items stored in the rear bed are secured using a plastic tonneau cover, the latter of which fits over the bed and is held in place by a special locking mechanism.

Rear visibility is enhanced thanks to a wide rear glass section connecting the roofline to the new bed section, while a rearview camera makes backing up even easier.

“General Motors is intent on launching 30 new EV models by 2025,” Loltega said during the Chevy Bolt EUT debut. “This latest addition to the Bolt lineup defines yet another segment for GM to take the lead, and we think customers will respond favorably to the EUT’s combination of all-electric efficiency, abundant interior room, and generous rear cargo space.”

In case you didn’t realize it yet, it’s April Fools’ Day and we were just kidding ‘ya. Stay sharp, stay safe, and remember to subscribe to GM Authority for more Chevrolet Bolt news, Chevrolet news, and around-the-clock GM news coverage.