Vauxhall was the General Motors U.K. brand from 1925 to 2017. In this series we are looking at one model in the magnificent Vauxhall Heritage Collection representing each decade of the GM era. Our choice for the 1990s is the Vauxhall Lotus Carlton.

It was suggested earlier in this series that the Firenza Droopsnoot was the most dramatic vehicle Vauxhall ever put into production by its own efforts. A subsequent collaboration involving Vauxhall and two other European General Motors brands produced a four-wheeled Wagner opera called the Lotus Carlton, which was produced in small numbers from 1990 to 1992. 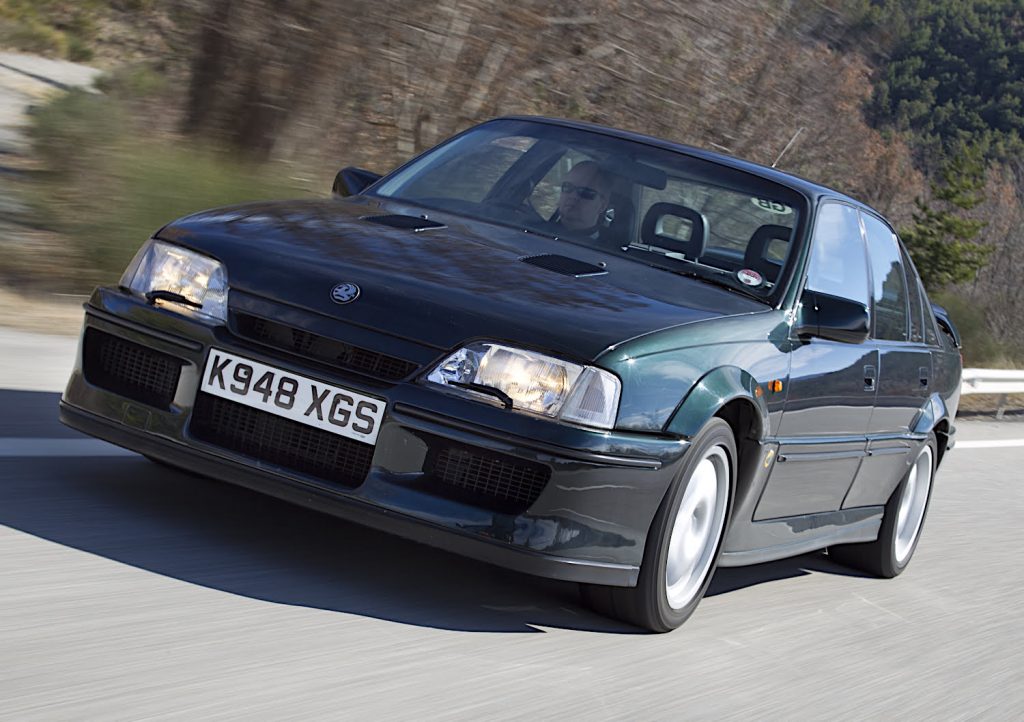 Vauxhall was the junior partner here. The Lotus Carlton was a derivative of the Vauxhall Carlton, which was the right-hand-drive version of the sedan known in all other markets as the Opel Omega. Before the Lotus Carlton was introduced, the fastest car in this range was the Carlton/Omega GSi. Its extraordinarily smooth-running 3.0L I6 24-valve gasoline engine rated at 204 horsepower gave it very good straightline performance, but its ability to dance through corners on a twisting country road was even more impressive. 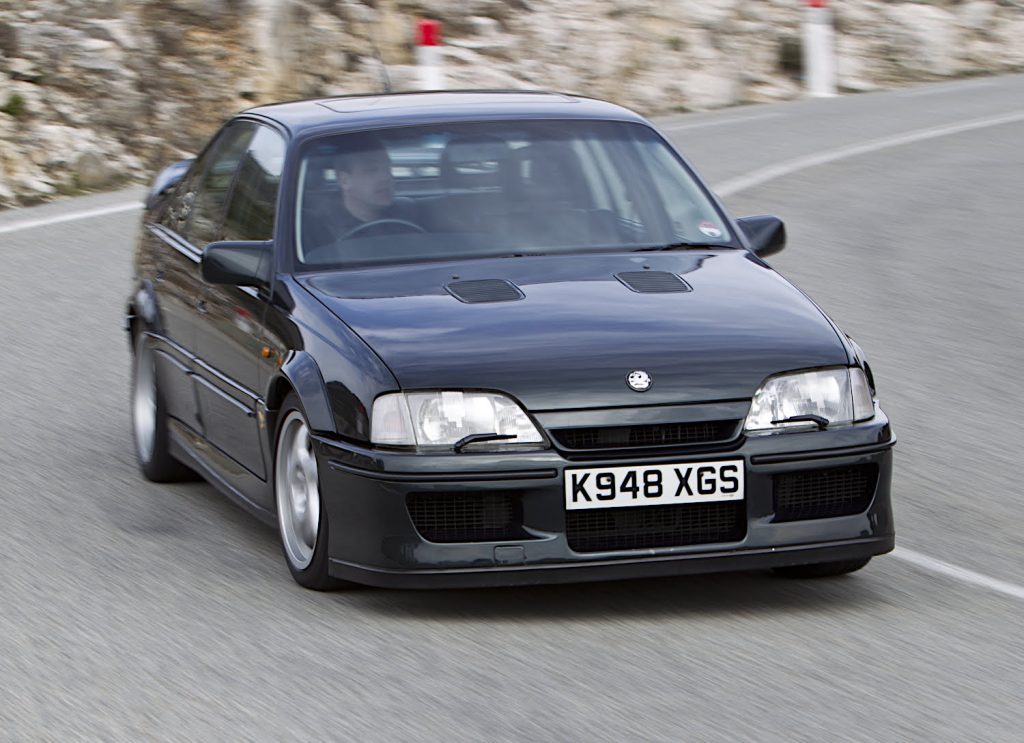 Every Lotus Carlton (and left-hand-drive Opel Lotus Omega) began life as a GSi. They were then transported from the Opel factory in Rüsselsheim, Germany (population 63,000), to the Lotus headquarters just outside Hethel (population 446) in the English county of Norfolk. It’s often said that they were fitted with 3.6-liter engines before they left Rüsselsheim, but this is definitely not true – the cars were in stock condition when they arrived at Lotus.

They were then completely stripped down, undoing most of the work performed by the Opel employees. This seems wasteful, but it was said to be cheaper than building the cars from bare bodyshells. 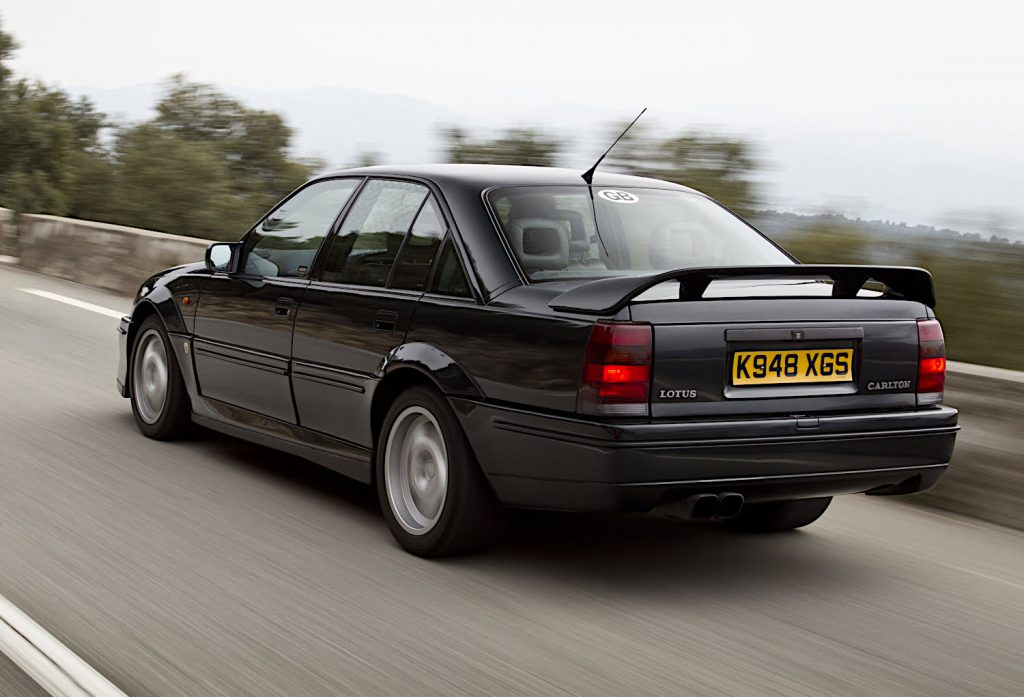 The many modifications included increasing the engine capacity to 3,615 cc and fitting two Garrett T25 turbochargers and a large intercooler. These and other changes raised the output to 377 horsepower and 419 pound-feet of torque, assuming the car was running on high-octane Super Unleaded gasoline. The engine drove the rear wheels through a ZF six-speed manual transmission similar to the one used in the C4 Chevy Corvette ZR1.

Lotus also modified the bodyshell, added front and rear spoilers, uprated the brakes, altered the suspension and fitted 17-inch wheels. The interior featured sports front seats and Connolly leather upholstery. Every car was painted in a color known as Empire Green pearlescent, though it was so dark that people often assumed it was black. 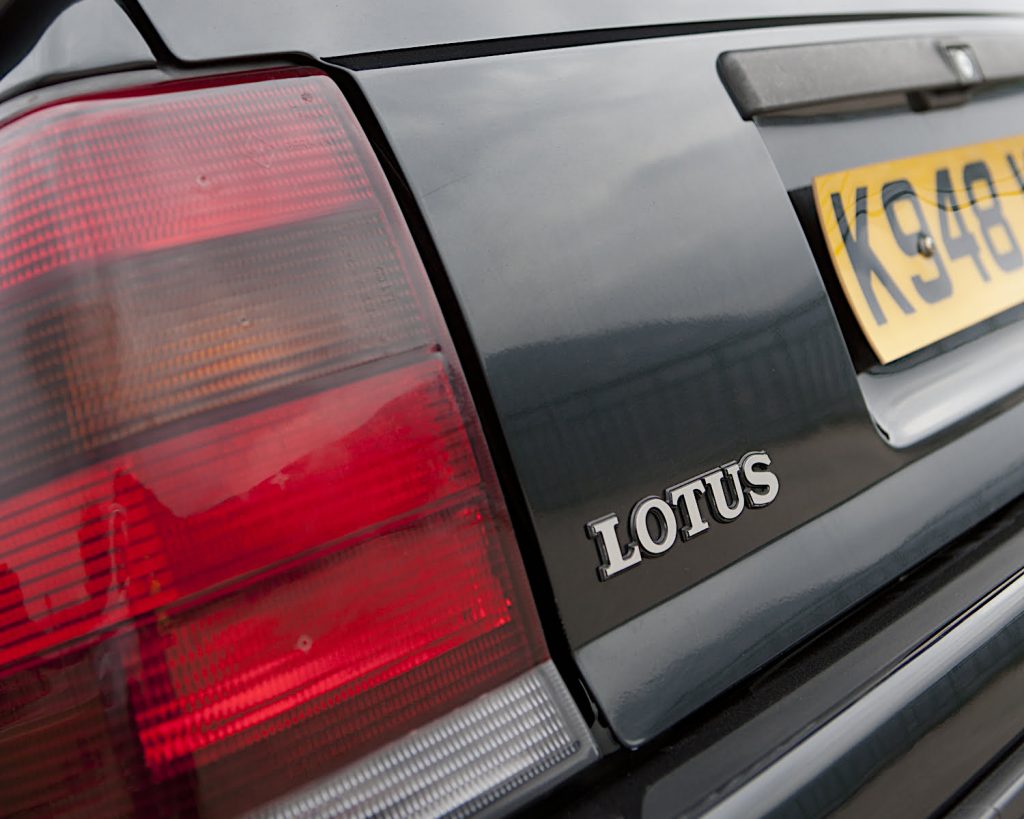 After 150 hours of work at Hethel, the Omega Carlton was exported to other countries, while each Lotus Carlton was sent to one of 17 specially trained Vauxhall dealers. The U.K. price was £48,000, the equivalent of approximately $150,000 today. That was a lot of money for a Vauxhall, but this particular Vauxhall officially had a top speed of 176 mph and a 0-60 mph time of 5.2 seconds (both figures are now regarded as being under-estimates). This was the kind of performance that could be expected from a Ferrari Testarossa, which was much more expensive and had less space for luggage. 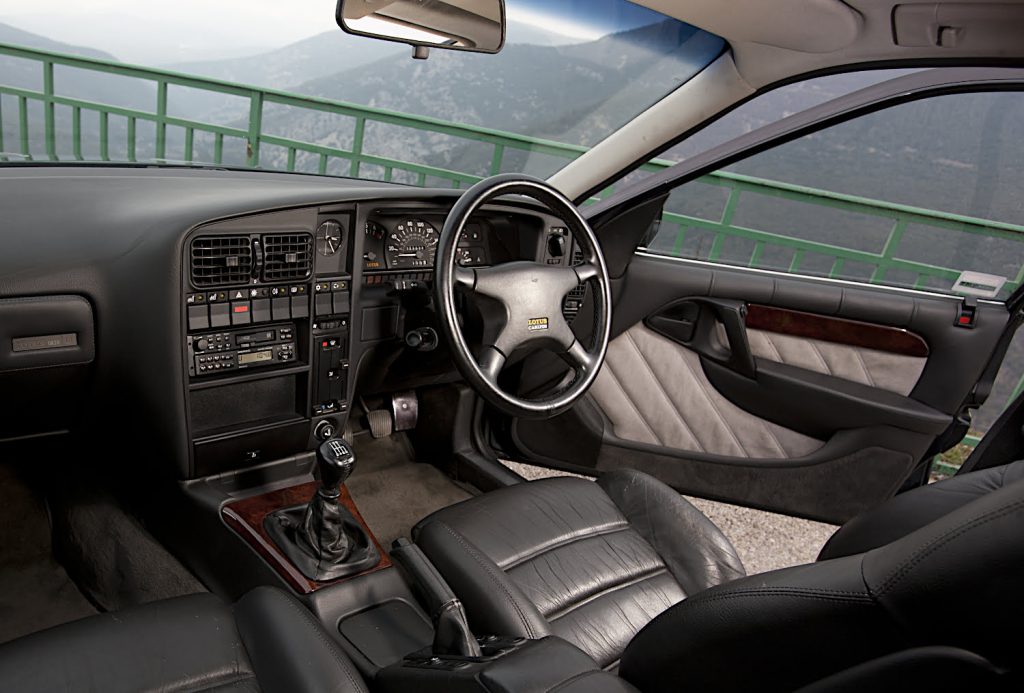 Vauxhall issued a press release about the car on October 2nd, 1990, at its second attempt. The first attempt was aborted just in time, when someone noticed a typo – in one sentence, the car was referred to as a ‘Louts Carlton’, which suggested that it would be of interest only to an ‘uncouth or aggressive man or boy’. A new release was typed, checked very carefully, copied and mailed to British journalists.

The Vauxhall press office felt it had dodged a bullet there, but in fact the Lotus Carlton soon developed an unfortunate reputation on its own, without the help of an embarrassed typist. Here was a car with Ferrari-like performance which could be bought for a relatively affordable sum – or stolen by criminals who quickly realized that no police force in the U.K. had anything that could keep up with it. Vauxhall was accused of being irresponsible. There were demands that the Lotus Carlton should be banned. 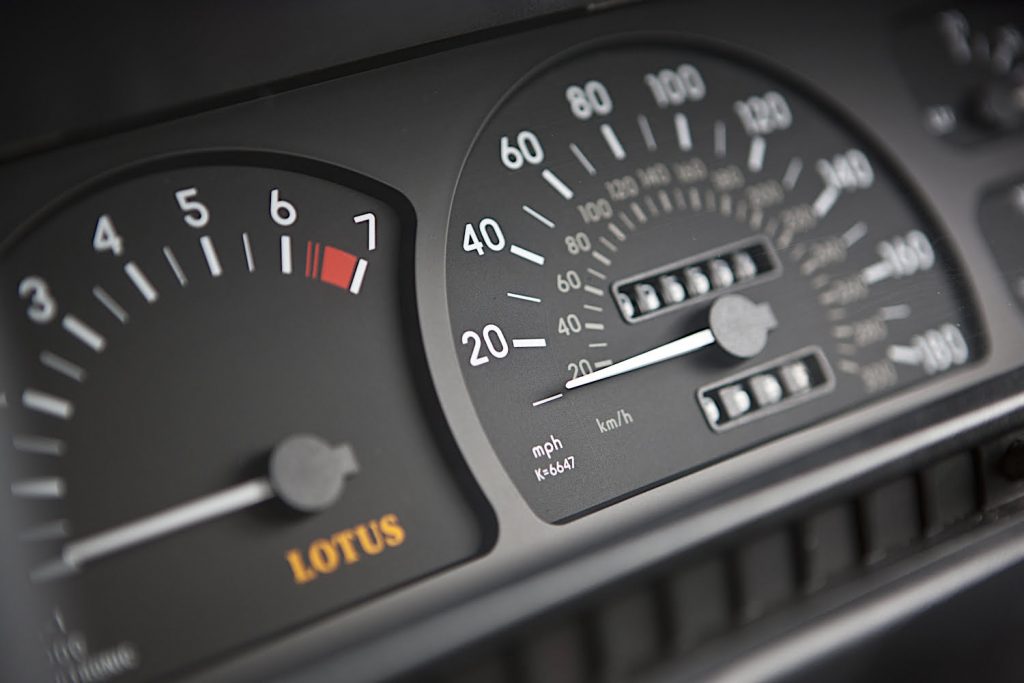 Three decades later, when sedans with over 600 horsepower are available, the Lotus Carlton’s stats seem very modest. However, as anyone lucky enough to have driven the Heritage Collection’s example will quickly point out, it is still a wonderful car. Like the Carlton GSi on which it’s based, its best feature is not the one most often talked about. Yes, it’s quick in a straight line, but the real magic lies in the way it can be driven around corners. Lotus did many fine things during the car’s conversion, but the work it performed on the suspension was its finest achievement.