The all-new, all-electric Cadillac Lyriq crossover was recently spotted conducting some real-world testing, providing us with an early look at the luxury marque’s upcoming entry into the EV segment.

The new Cadillac Lyriq was spotted wearing some heavy camouflage wrapping, with the black-and-white covers hiding the Lyriq’s styling under a spotted color scheme. 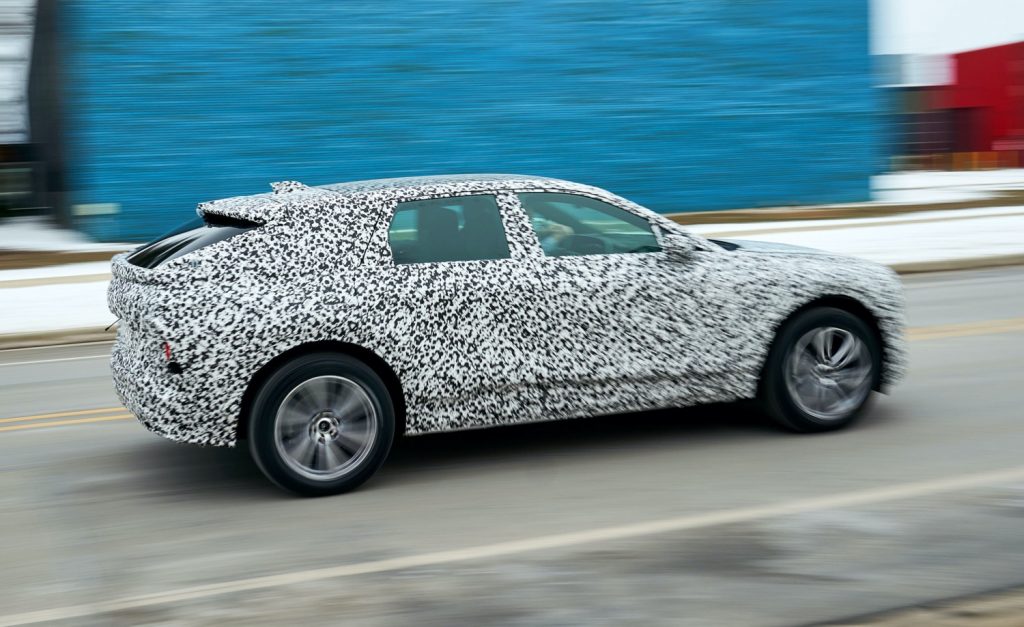 It’s been nearly eight months since General Motors firs unveiled the new Cadillac Lyriq, debuting the futuristic crossover in near-production-ready show car guise last August. The model uncovered last year was tipped to be 80 to 85-percent production ready, and looking at pictures of the show car alongside this prototype model, we find that the proportions are more or less identical, with the cabin space pushed back towards the rear axle, and the hoodline stretched forward over the wheelbase.

The hoodline is low, suggesting a coupe-like silhouette for the all-electric crossover. A thick C-pillar connects the rear passenger windows with the glass in the rear hatch, with the hatch itself designed in a squared-off, rectangular shape. It’s also worth noting that the wheels on the prototype model are significantly smaller when compared to the oversized rollers that debuted with the show car in August.

General Motors previewed the new Cadillac Lyriq with new advertising during last year’s Super Bowl LV, including a video featuring an “Edward Scissorhands” character, as well as an ad starring comedian and actor Will Ferrell. General Motors also teased the Cadillac Lyriq at the Consumer Electronics Show (CES) earlier this year, including a preview for Cadillac’s new infotainment technology. 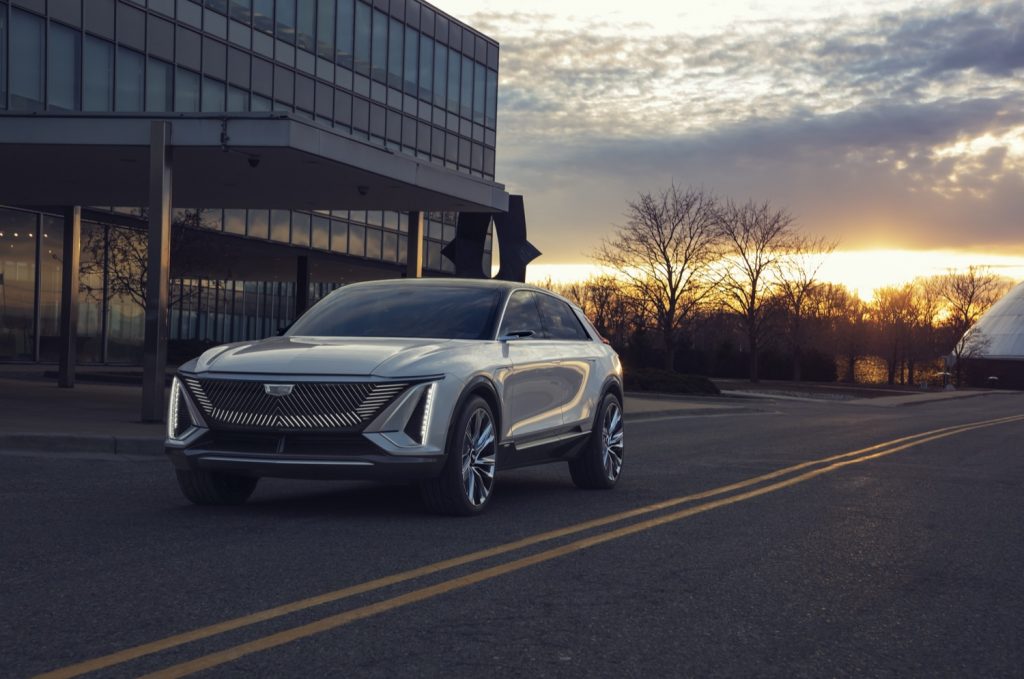 The new Cadillac Lyriq is scheduled to arrive in the U.S. in Q1 of 2022, nine months ahead of schedule. Production will take place at GM’s Spring Hill Assembly facility in Tennessee. Cadillac dealers around the country are currently preparing for the arrival of the Lyriq with a swath of upgrades, including charging stations and new service equipment, as well as new employee training.