In addition to offering a range of sumptuous luxury vehicles, Cadillac continues to serve as GM’s technology flagship, debuting the semi-autonomous Super Cruise driver assist system with the Cadillac CT6 sedan, as well as transitioning to all-electric power with models like the upcoming Cadillac Lyriq. Naturally, innovations under the skin deserve the styling to match, and Caddy has a swath of design studies from which to pull inspiration. However, when it comes to the tech-heavy vibes, the Cadillac Cien is in a category all its own. Now, we’re taking a walk around the Cadillac Cien with the following GM Authority Live Photo Gallery. 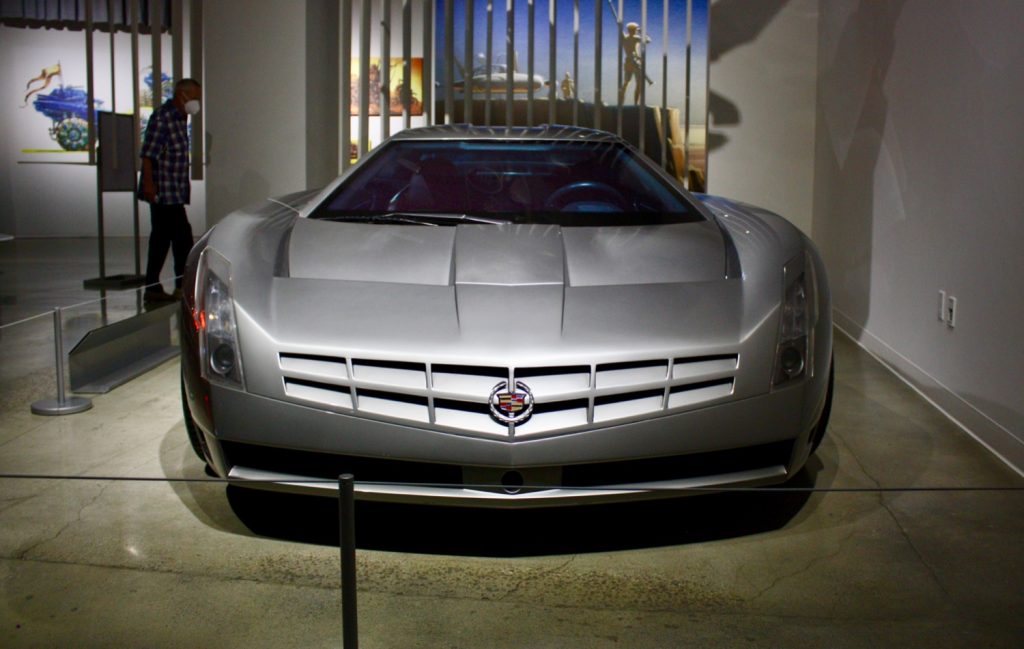 Making its introduction at the 2002 Detroit Auto Show, the Cadillac Cien was released in celebration of the marque’s 100th anniversary (“cien” is Spanish for one hundred). The design was penned at General Motors’ Advanced Design Studio in England under the guidance of lead designer Simon Cox, while British engineering and motorsport company Prodrive built the concept as a fully functional road car. 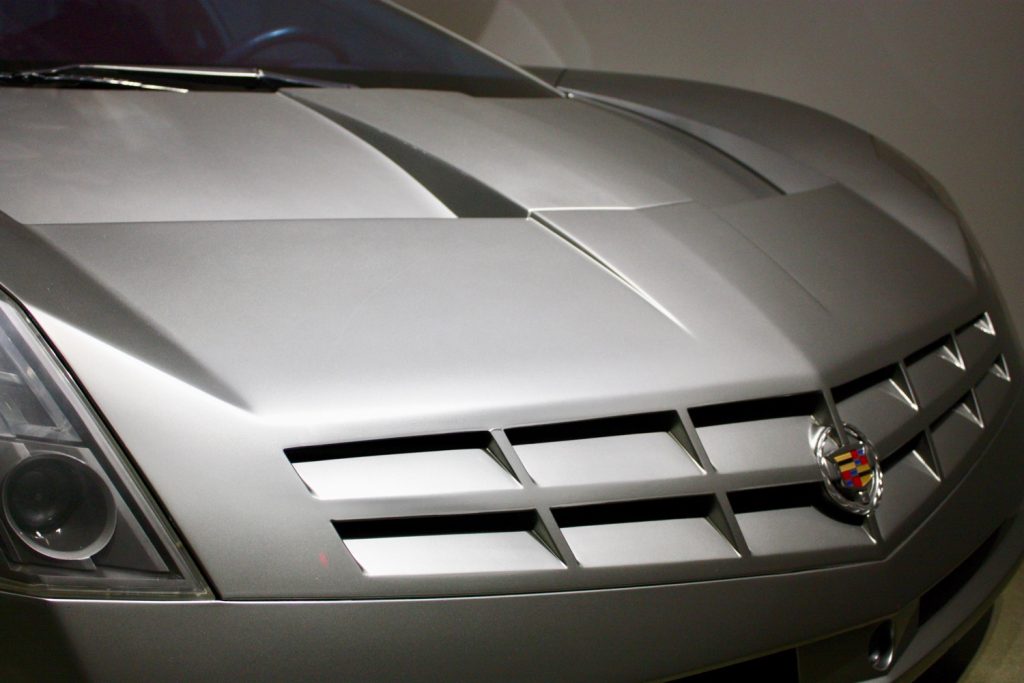 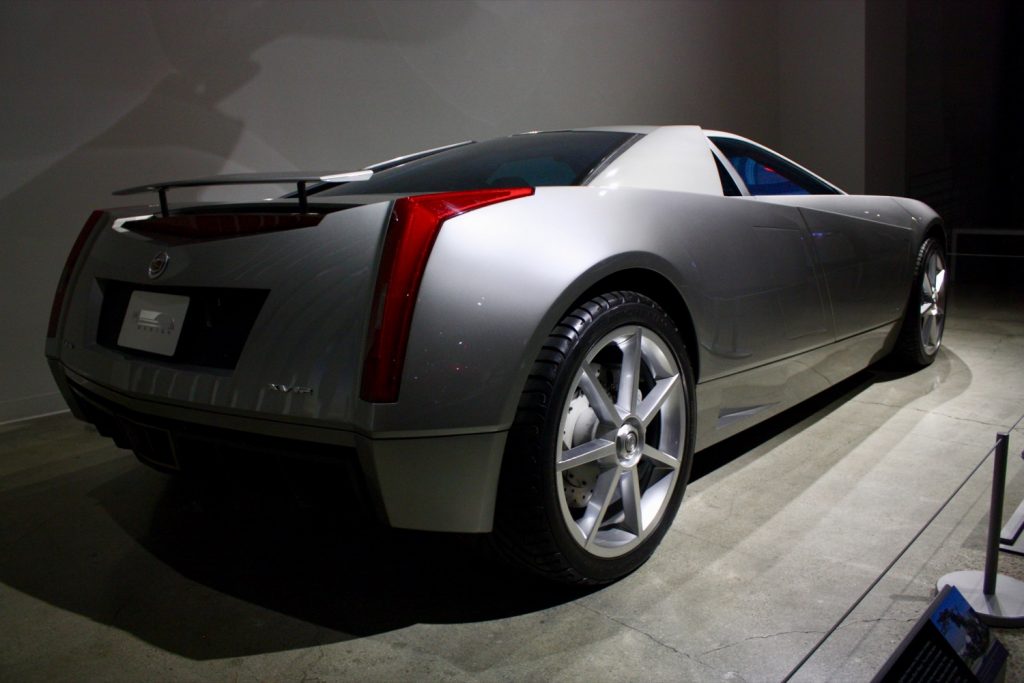 The rear end is rectangular in shape, with vertical, L-shaped tail lamps and an active spoiler that adjusts its position based on vehicle speed.

The tail end also features an experimental rear-mid-mounted engine, namely the Northstar XV12, an all-aluminum DOHC 7.5L V12 producing 750 horsepower and 450 pound-feet of torque. Interestingly, this engine is outfitted with GM’s Displacement on Demand technology, which allows it to deactivate cylinders under low load for greater fuel savings, similar to current GM fuel-saving technologies like AFM and DFM. 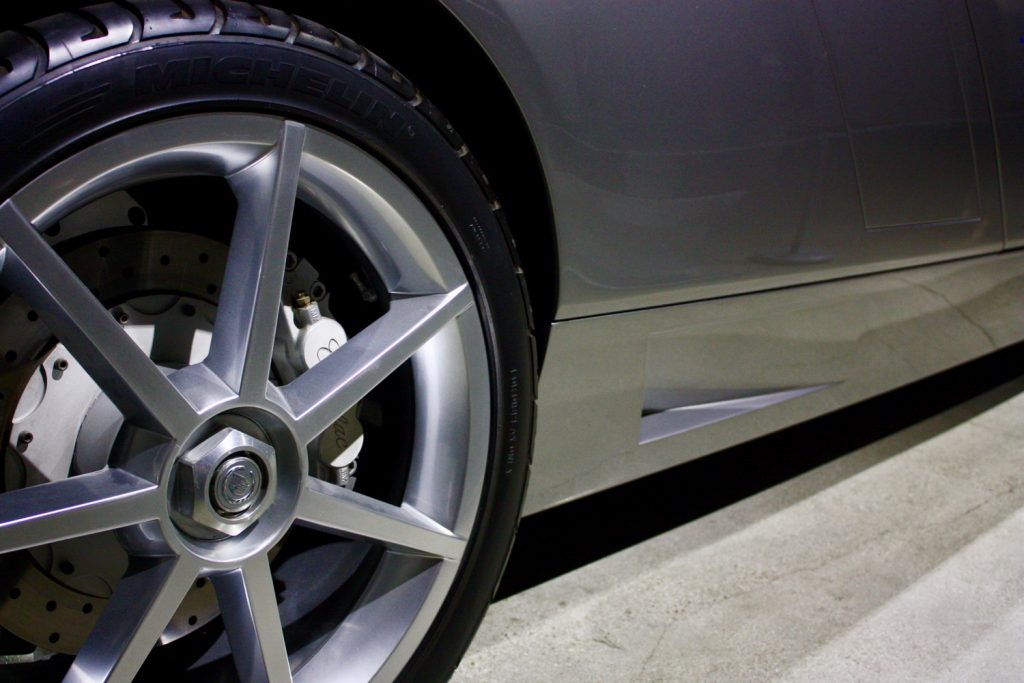 The Cadillac Cien can now be found at the recently reopened Petersen Automotive Museum in Los Angeles, as seen in these photos. 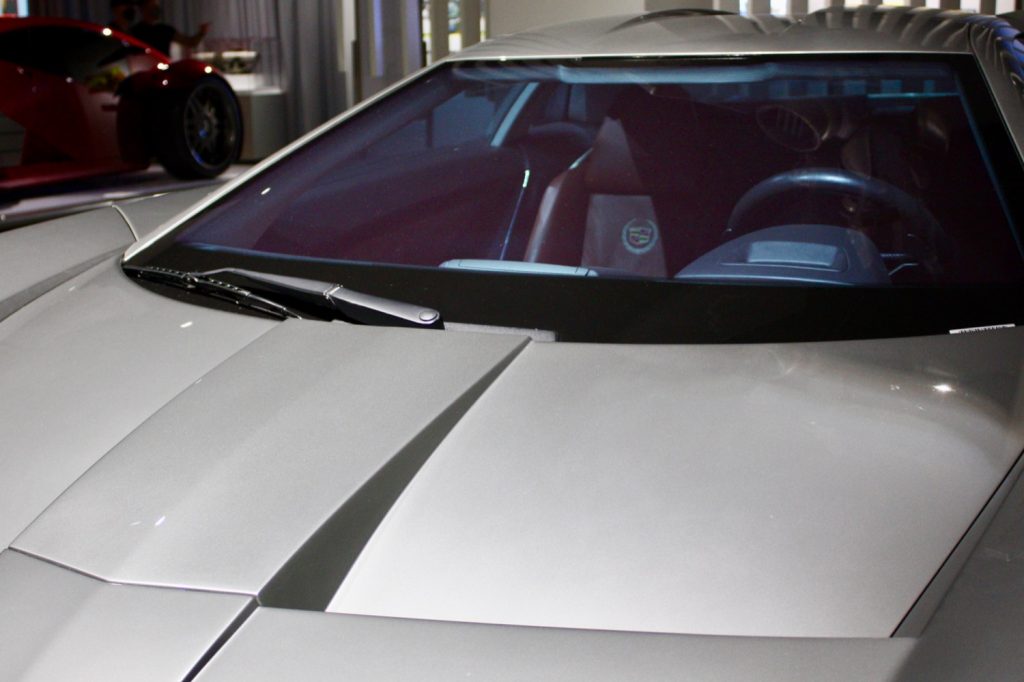