In a recent interview with GM Authority Executive Editor Alex Luft, Grebovic provided a teaser of what Cadillac Blackwing owners can expect when sliding behind the wheel of these new high-performance Caddy models and hit the ignition.

“As you enter the vehicle, and you go through the ignition procedure, there is a surprise that we put it,” Grebovic said during his recent interview with GM Authority.

Unfortunately, Grebovic declined to elaborate on the nature of the surprise. That said, we do know that the both new Cadillac Blackwing models will feature new 12-inch, fully configurable color gauge clusters, per the introduction of the 2021 Cadillac CT4 and 2021 Cadillac CT5 luxury sedans. As such, it’s possible the Blackwing team added a special animation with the V-Series Blackwing logo that’s exclusive to the new Blackwing sedans. 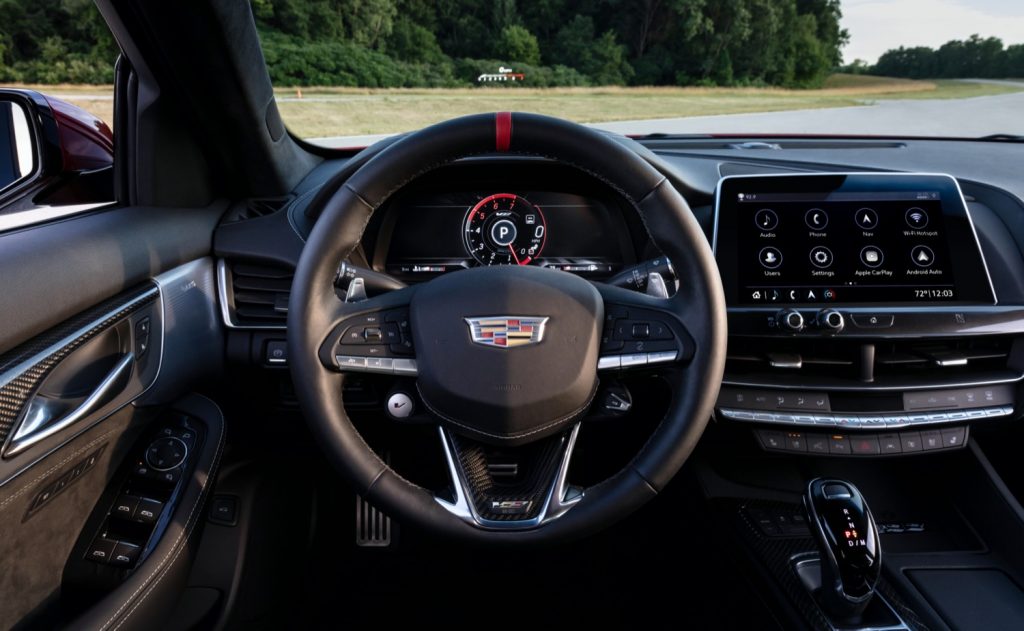 As GM Authority covered previously, the new Cadillac Blackwing sedans do not come with any Blackwing-specific badging, as confirmed by Grebovic. Rather, the new Blackwing sedans will stand apart from the “regular” Cadillac CT4-V and Cadillac CT5-V thanks to unique styling and aero options.

“We went to great lengths to make sure that when you see one of these Blackwings, you know that they are distinguished from the base V-Series significantly,” Grebovic told GM Authority.

What’s more, Grebovic confirmed that the Cadillac CT5-V Blackwing’s supercharged 6.2L V8 LT4 will include a special plaque bearing the name of the technician that assembled the engine, while also explaining why the high-performance four-doors don’t feature a hood air extractor like the now-discontinued Cadillac ATS-V and Cadillac CTS-V.