Texas-based tuner Hennessey Performance Engineering has the goods to transform the sixth-gen Chevy Camaro into an absolute beast, including a 1,200-horsepower “Resurrection” build intended to slot above the Demon-spanking Exorcist. Now, we’re getting a look at what it takes to create a Resurrection Chevy Camaro in the following video. 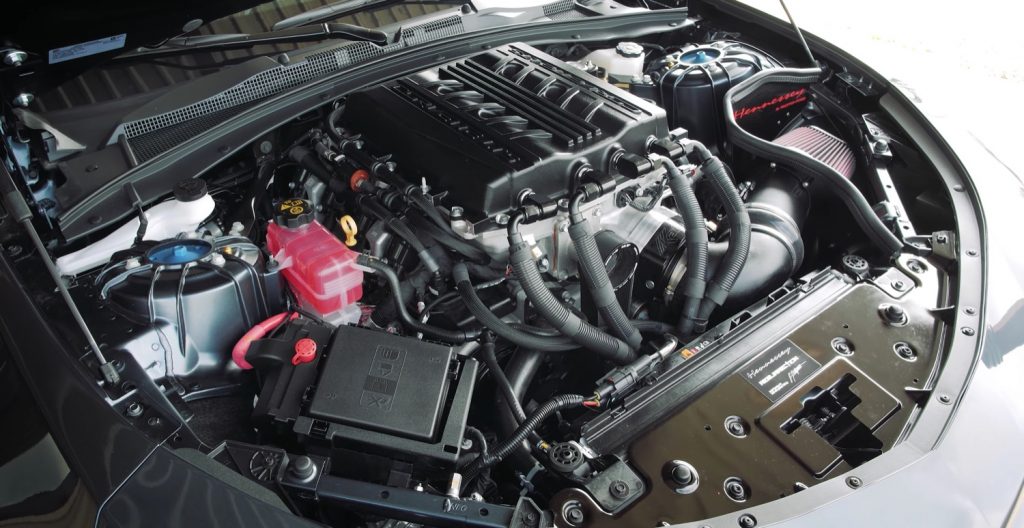 Clocking in at a little under 12 minutes, the video gives us a taste of the wrench-turning needed to build a Resurrection Chevy Camaro, as well as some time spent putting the final product through its paces on Hennessey’s test track. To kick things off, the video starts with a look at the engine build. The heart of the powerplant is a 416 stroker V8, a fully built, sleeved motor topped by an LT5 supercharger and juiced by a new fueling system pumping in a deluge of race gas.

After putting together the long block, the video host gets to work installing a triple-disc clutch for the upgraded manual transmission. The engine and transmission are then mated together, the wiring harness is laid out, and the whole shebang is situated on the cradle for install.  We also get a look at the fueling needed to make this 1,200-horsepower Chevy Camaro a reality, as well as the computing power required to make it work properly. The process is shown in quick editing with a groovy beat in the background, making it look easy. 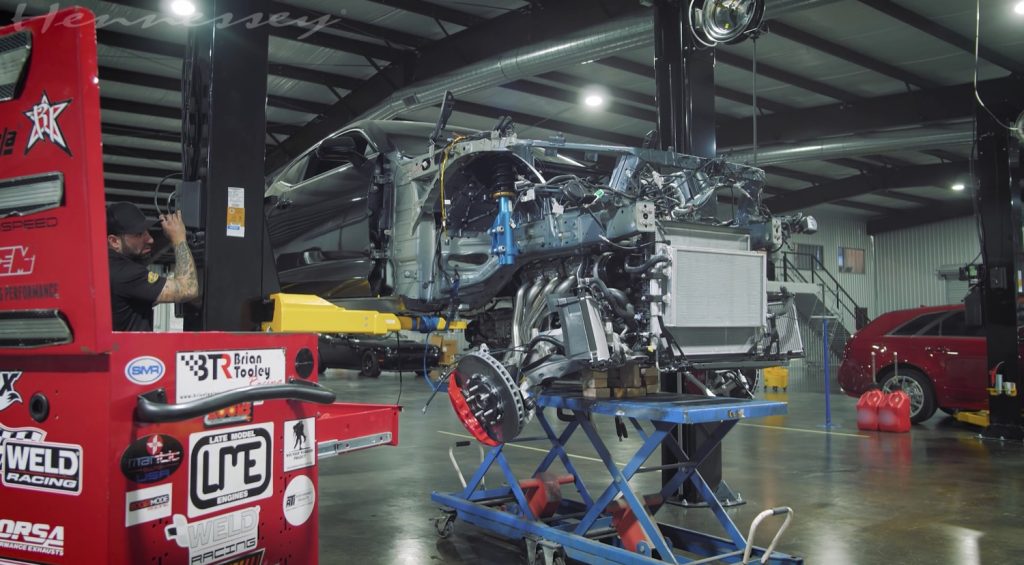 After dropping the gutted Chevy Camaro front end down onto the new engine and transmission, the host puts in the final touches, adds some fluids, and fires it up. A Resurrection graphic is added to the rear fender, and the car does a few runs on the dyno.

The last half of the video shows the Resurrection Chevy Camaro burning through fuel with several wide-open-throttle blasts. All told, it’s an impressive bit of kit, and does well to show off the Chevy Camaro’s performance potential, while satisfying anyone with an itch for supercharged V8 goodness.