The ‘80s-era Buick Grand National is a favorite for go-fast enthusiasts, with speed freaks upgrading the turbocharged six-cylinder with gobs of boost for some serious street-slaying performance. Now, we’re climbing into the driver’s seat with this built GN making 550 horsepower at the wheels.

From the off, this particular Buick Grand National looks the part of a muscle machine thanks to a set of five-spoke Weld Racing wheels, with slicks and skinnies setting the proper stance. The rears rock a single beadlock design, while under the skin, coilovers from Ridetech keep it shiny side up.

True to form, the builders kept the interior more or less stock, with the exception of a new digital gauge display behind the steering wheel. The real party starts as soon as you take a gander under the hood, where we find a freshly installed, fully built motor. This particular Buick Grand National build keeps the production 3.8L block, but includes a new forged rotating assembly, new heads, and full bolt-ons. Now bored and stroked, displacement is set at 4.1L. 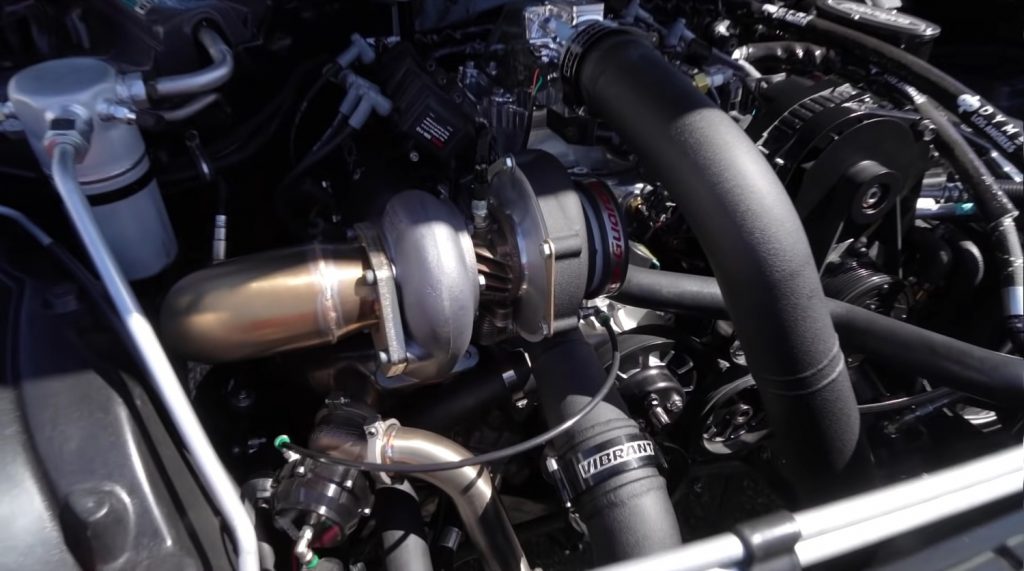 Details include a Holley engine management system, plus a custom front-mount intercooler peeking through the grille for that extra intimidation factor. The boost-maker is a 6466 ball-bearing Precision turbocharger with a .85 AR exhaust housing.

According to the builder, this build is so fresh, it’s still in the break-in period. As such, the boost is limited to “just” 15 psi, but even so, the setup is still good for an estimated 550 horsepower at the wheels. The turbocharged muscle is harnessed by a built transmission, Performance Torque Converter, and Trutrac rear end, while a set of Wilwood brakes (14 inches up front and 12 inches in back) help to haul it down. 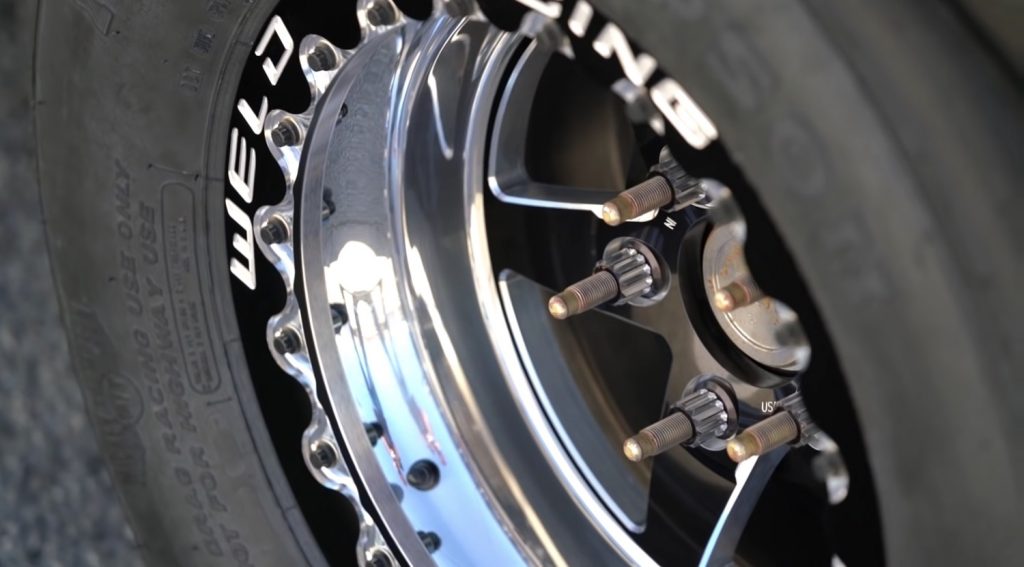 This Buick Grand National may still be in the break-in period, but it’s got plenty of poke for this feature video, providing some juicy pulls and even a burnout or two, all with some lovely turbo flutter and six-cylinder bark. Hit play to see it (and hear it) for yourself.