A New Mexico man was surprised to find that over 15,000 honey bees had swarmed the inside of his Buick Century after he left the window open while he was inside a nearby supermarket.

According to The New York Times, the man left his window down as went into an Albertsons supermarket in Las Cruces, New Mexico for about ten minutes last Sunday afternoon. He then got back in his car and began driving down the road when he realized that a swarm of roughly 15,000 bees had entered his vehicle while he was shopping. Unsure what to do, the confused Buick Century driver decided to call 9-1-1 and report the incident. 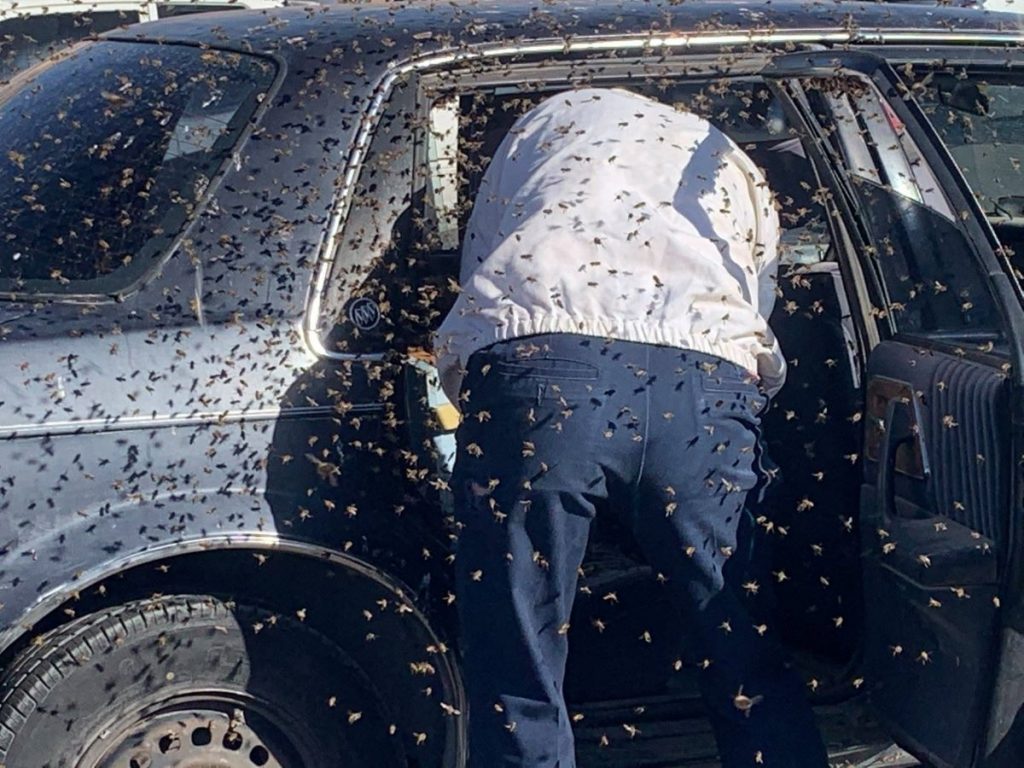 A volunteer firefighter named Jesse Johnson, who just so happened to be a hobbyist beekeeper, responded to the call, hopeful that he could remove the bees from the vehicle without harming them. He then started putting the bees in empty hive boxes, attracting them with the scent of lemongrass oil, before loading the hive boxes into his truck and driving them over to his property. Johnson told The New York Times he has around four beehives at his house already and will be integrating this swarm of bees into his existing colonies. 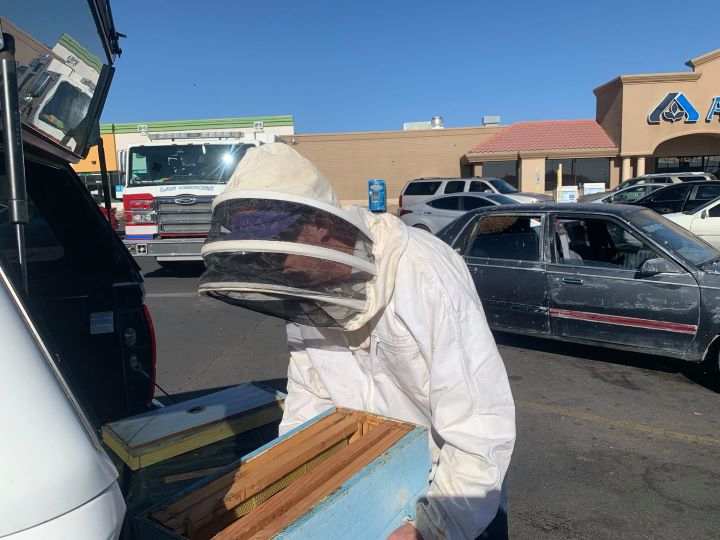 So why did 15,000 bees suddenly enter this man’s vehicle? Johnson said that swarming bees will follow a queen to move from one hive to another and this swarm decided to use the man’s car as a temporary shelter. Bees are apparently “pretty docile,” when they are swarming as they are in the process of finding a new home, so the Buick owner wasn’t at too much risk of getting stung or attacked. Unsurprisingly, though, he was sure to keep his distance while Johnson relocated them.

No bees or humans were harmed in this incident, Johnson said – though one of his colleagues did get stung on the lip.