The latest eighth-generation Chevy Corvette C8 reinvents the iconic sports car nameplate with a fresh mid-engine design, upending nearly seven decades of Corvette tradition by moving the engine behind the cabin. The new mid-engine layout coincides with an equally new exterior design, but now, one digital artist is changing the game yet again with this futuristic Chevy Corvette C9/5 rendering. 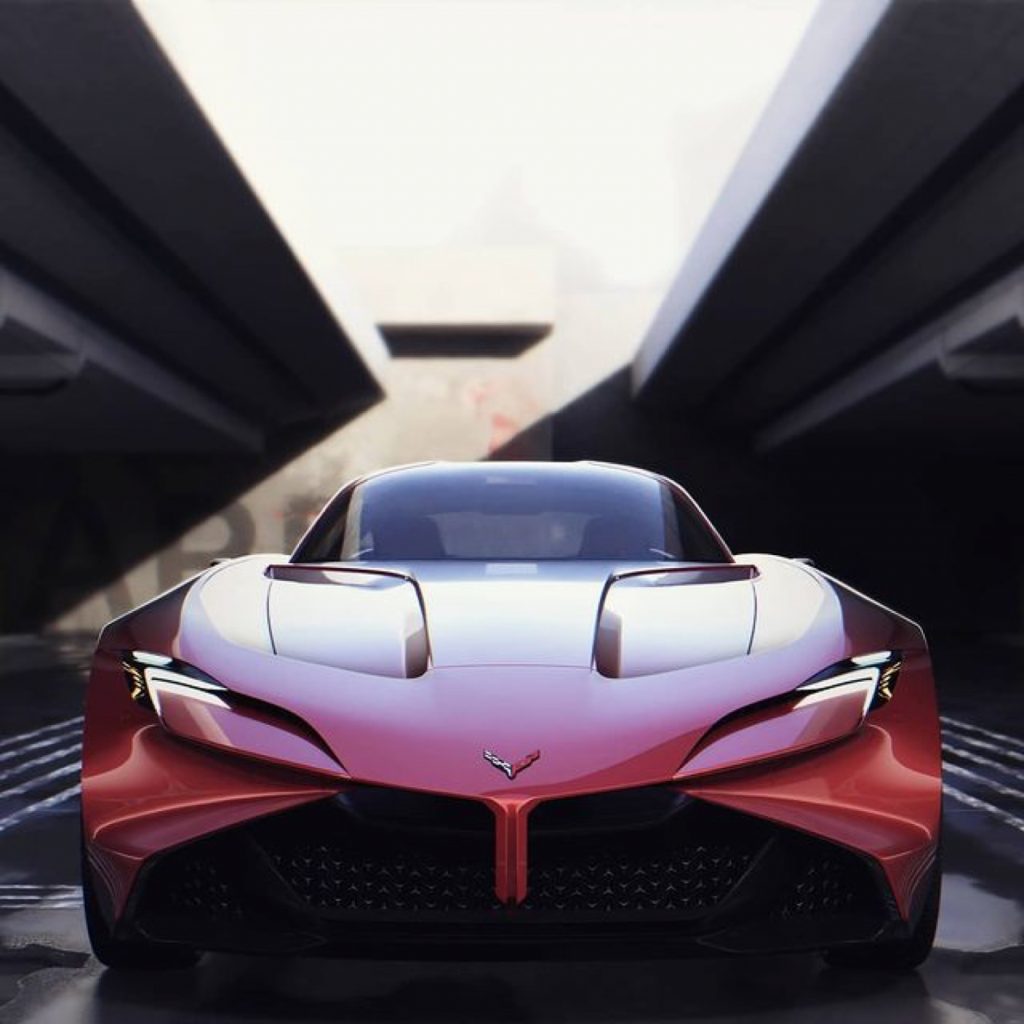 This rendering was posted to social media by LeYang Bai, a California-based digital modeler for General Motors. However, although Bai works at GM, he insists that this futuristic Chevy Corvette C9/5 rendering is purely a personal project, and is unrelated to any ongoing GM properties.

Nevertheless, the rendering is quite striking, introducing a next-gen look for the world-famous sports car. The “C9/5” bit is undoubtedly a reference to the generation, looking beyond the current eighth-generation C8. This rendering is also notable for the cab-back, proportions, once again returning the Chevy Corvette to its roots with a front-engine layout.

The front end of Bai’s new Chevy Corvette C9/5 features a variety of hard angles and deep creases, with narrow, checkmark-shaped lighting elements that are pinched back towards the fenders, as well as an X-shaped fascia with a large lower grille opening finished in black. The Vette’s iconic crossed flag emblem is proudly displayed on the nose, while air vents run down the hood.

Viewed from the side, we get a look at a sultry and elegant roofline, falling gently into the rear in a single arc, while the shoulder line gives the futuristic Chevy Corvette concept a forward-leaning rake that emphasizes the fenders, under which we find a set of enormous wheels wrapped in ultra-thin rubber. 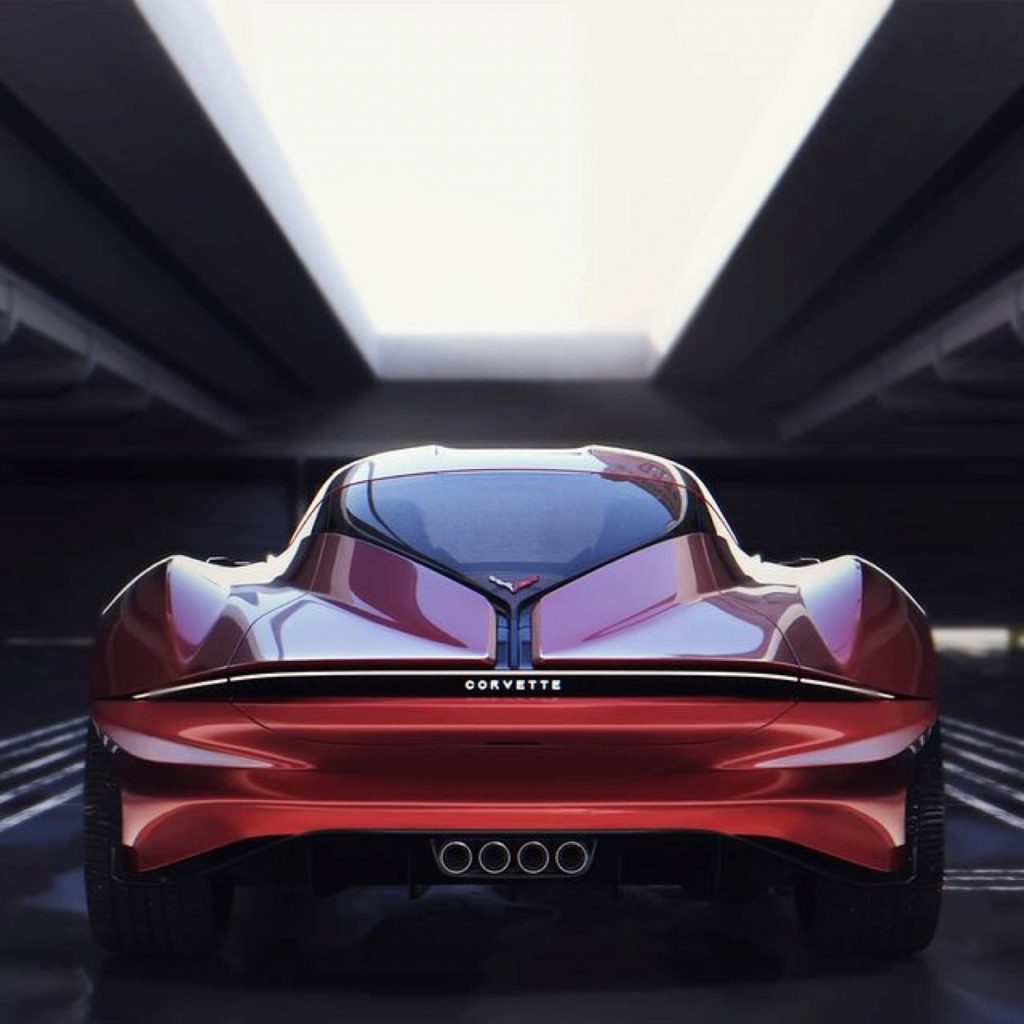 Finally, the rear end looks as though it was inspired by the C2-generation Vette, most notably with the pronounced rear fenders and rear glass. Quad exhaust pipes indicate this thing is still burning Dino juice, although the artist did hashtag #hybrid in the description.