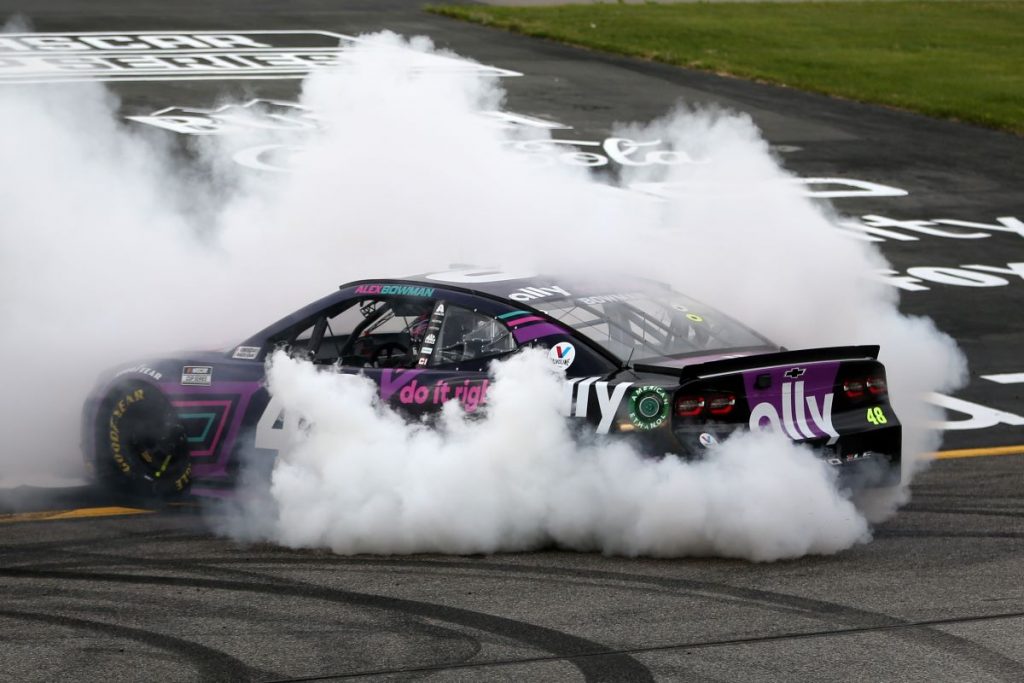 The No. 48 Chevy Camaro ZL1 1LE driver was running third behind Hamlin and Joey Logano with just 20 laps remaining when the caution came out for the No. 4 Ford Mustang of Kevin Harvick, who hit the wall after cutting a tire. This set up a late-race restart that saw Bowman line up third on the grid next to the No. 20 Toyota Camry of Christopher Bell. 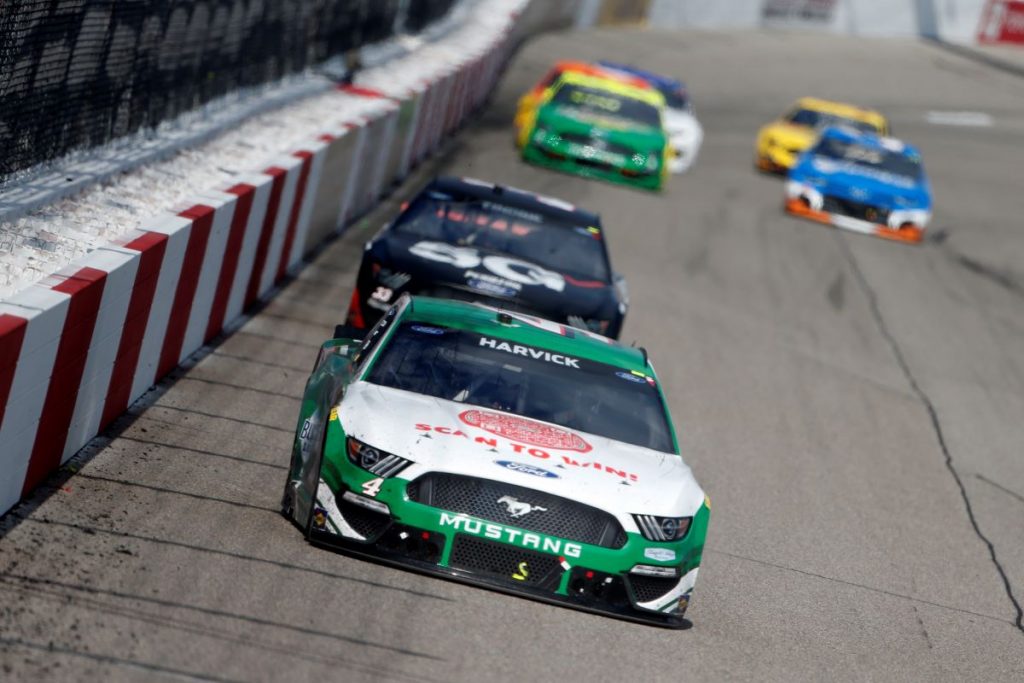 When the green came back out, Bowman surged past Logano and began to bear down on Hamlin, who won both Stage 1 and Stage 2 and led a race-high 207 of 400 laps. Hamlin’s No. 11 Toyota was no match for Bowman’s Chevy, though, which appeared to have much more grip on the bottom lane in the closing laps – the result of some smart last-minute changes made in the pits by Bowman’s crew chief Greg Ives.

“To be honest with you, we were terrible on short runs,” Bowman said post-race.  “We restarted third and I’m like, if we get out of here with a solid top-five we’ll be good. We overcame a lot today.”

“I don’t know if Greg pumped the pressures way up or what he did, but that’s more grip than I’ve ever had in a race car at Richmond and it worked out really well.”

Hamlin didn’t get off the line well on the restart, he explained post-race, and couldn’t match Bowman’s sudden uptick in pace.

“We just didn’t take off quite as good there at the end,” Hamlin said. “I tried to warm it up and do everything that I could – just the 48 had a little more on those last few laps and I couldn’t hold the bottom.”

“Once he got the position, we were just shut down there” 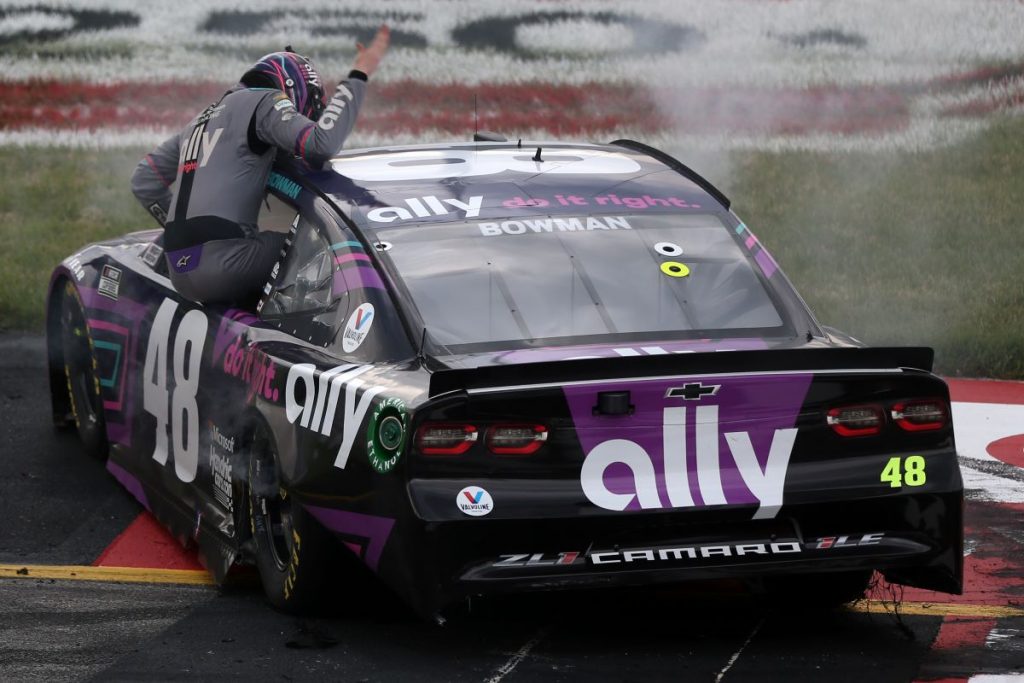 The win was Bowman’s first of the season and only the third of his career. He was one of only three Chevy drivers to finish in the top ten, with fellow Hendrick Motorsports driver William Byron finishing eighth and Richard Childress Racing’s Austin Dillon coming home tenth.

NASCAR heads to Talladega Superspeedway next for the Geico 500 on Sunday, April 25th at 2 p.m. EST. Check out the video embedded below to review complete highlights from the Toyota Owners 400 at Richmond.