The 2022 Hyundai Kona N made its official debut this week, arriving with a powerful turbocharged four-cylinder engine and a quick-shifting dual clutch transmission. 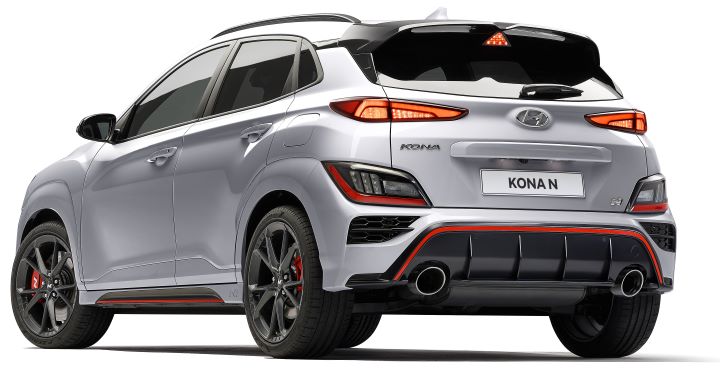 Hyundai describes the Kona N as a crossover with the performance level of a hot hatchback. Backing up that claim is a turbocharged 2.0L four-cylinder engine producing 286 horsepower and 289 pound-feet of torque, which sends power to the front wheels via an eight-speed dual-clutch transmission with paddle shifters. The automaker says the compact crossover will hustle from zero to 62 mph in an impressive 5.5 seconds and will top out at 149 mph. An electronic limited-slip differential comes standard and is joined by more powerful brakes and 19-inch alloy wheels shod in sticky performance rubber. 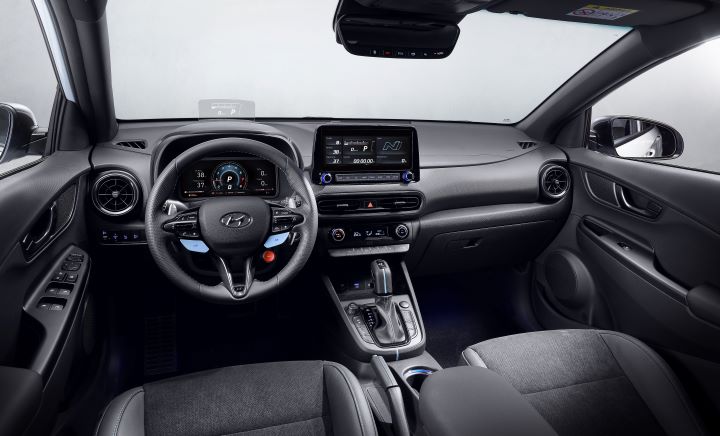 From a cosmetic standpoint, the Hyundai Kona N receives a unique front fascia with larger side intakes, a redesigned rear bumper with an integrated diffuser, large dual-tip exhausts and a sporty dual-segment rear spoiler with a triangular brake light. Inside, the crossover gets bolstered sport seats, a chunky steering wheel with N performance mode select buttons, a digital instrument panel, a head-up display and a 10-inch infotainment display with dedicated performance pages. 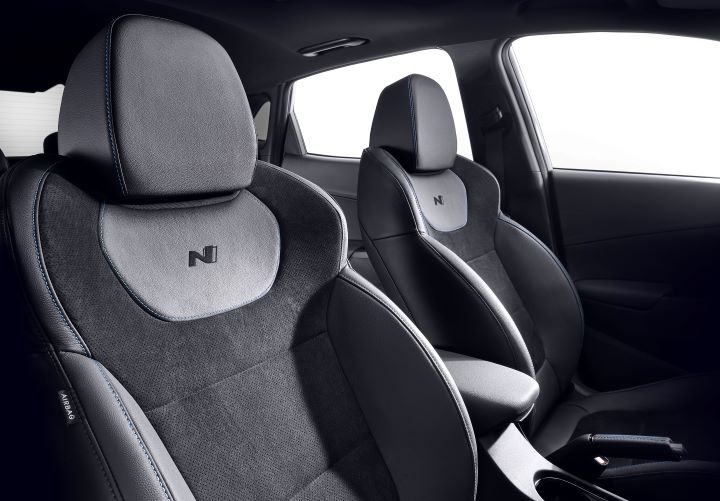 The Hyundai Kona N is the first crossover to come from the Korean automaker’s rapidly expanding N performance sub-brand. General Motors is currently without a true performance crossover model across any of its four brands, so the Kona N could be a small thorn in the side of the American automaker once it launches here later this year. That said, Hyundai says the compact non-premium performance crossover segment is a ‘white space’ in North America – meaning the Kona N has no true direct rivals from any automaker.

“Kona N is a true hot SUV with the performance level of a hot hatch,” says Hyundai R&D boss Albert Biermann. “It breaks the rule that SUVs are less fun to drive. As an N model, it goes beyond the limits of an ordinary SUV. Kona N can carve corners on the racetrack and bring excitement to everyday driving.” 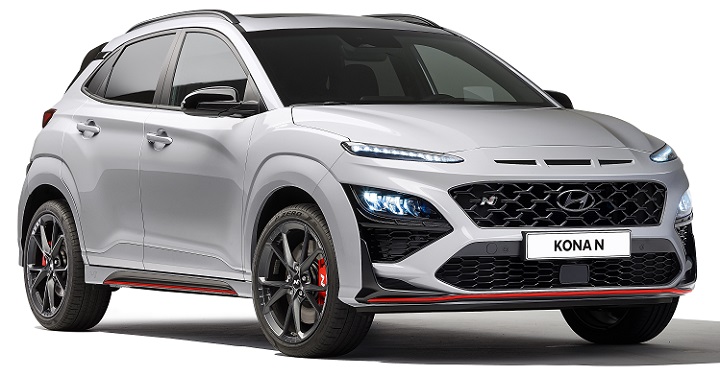 More information on the Kona N, such as U.S. pricing and fuel economy numbers, should become available closer to its U.S. market launch.