Although the upcoming 2022 Chevy Bolt EV and 2022 Chevy Bolt EUV small electric cars have a close family resemblance, they do not share a single body panel and have significant styling differences. However, one thing common to both models is the positioning of the tail lights. 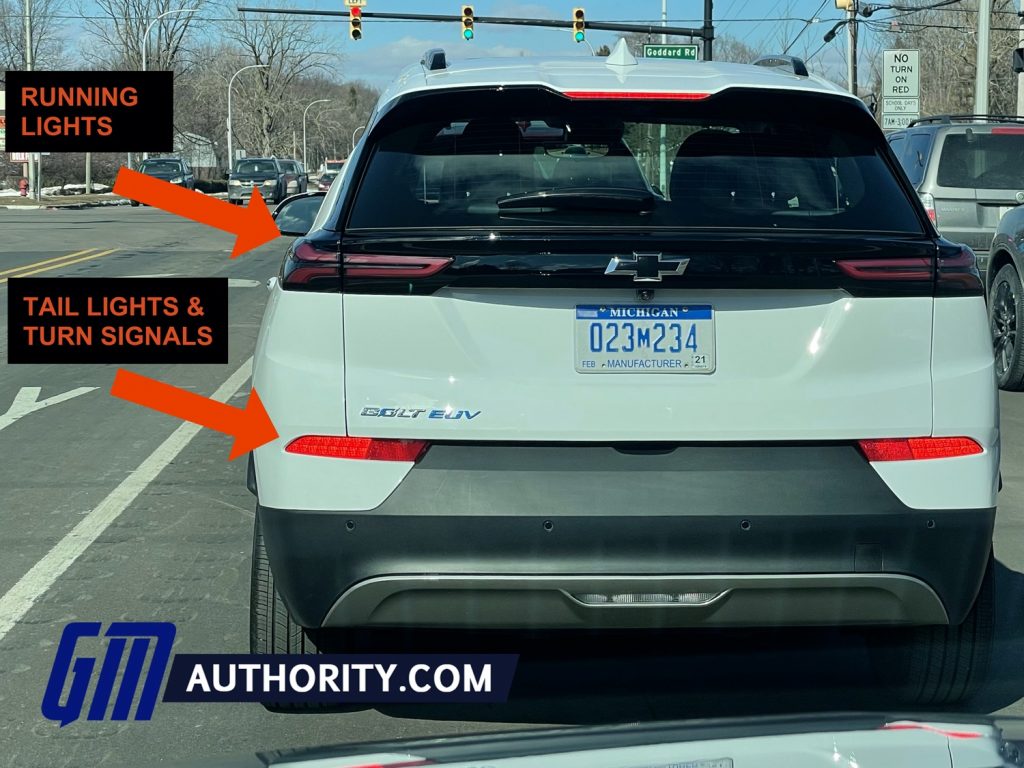 Both the EV and EUV technically have two sets of tail lights. The more prominent set is mounted on either side of the Chevy Bow Tie emblem (available only in black for these cars) on a black panel mounted below the hatch glass. They comply with Chevrolet‘s variable but distinctive tail light design language of horizontal elements becoming vertical, and are very noticeable from the rear of the car.

These are simply driving lights, conveying no more information than the presence of the vehicle. The more important tail lights are located lower in the rear fascia, immediately below the liftgate of both the all-new Chevy Bolt EUV as well as the revised Chevy Bolt EV. 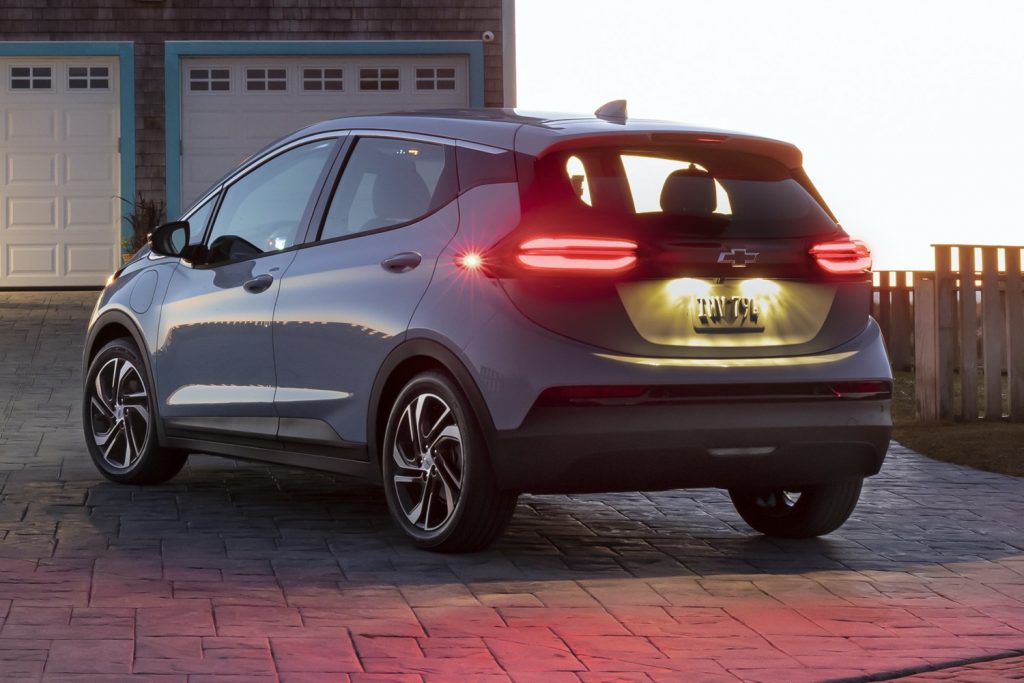 These smaller tail lights illuminate to show that the vehicle is braking. They also act as the turn signals of both Bolt models. That said, it’s strange that their functions are not being undertaken by the upper lights instead – especially since the whole point of high-level tail lights is to make it easier for following drivers to see when the vehicle is slowing down or about to turn.

The new Chevy Bolt models will go on sale this summer, priced to start at $31,995 for the 2022 Bolt EV and $33,995 for the 2022 Bolt EUV. They are mechanically identical, sharing the same GM BEV2 platform, battery and front-mounted permanent magnet electric motor. The motor drives the front wheels, and is rated at 200 horsepower and 266 pound-feet of torque. 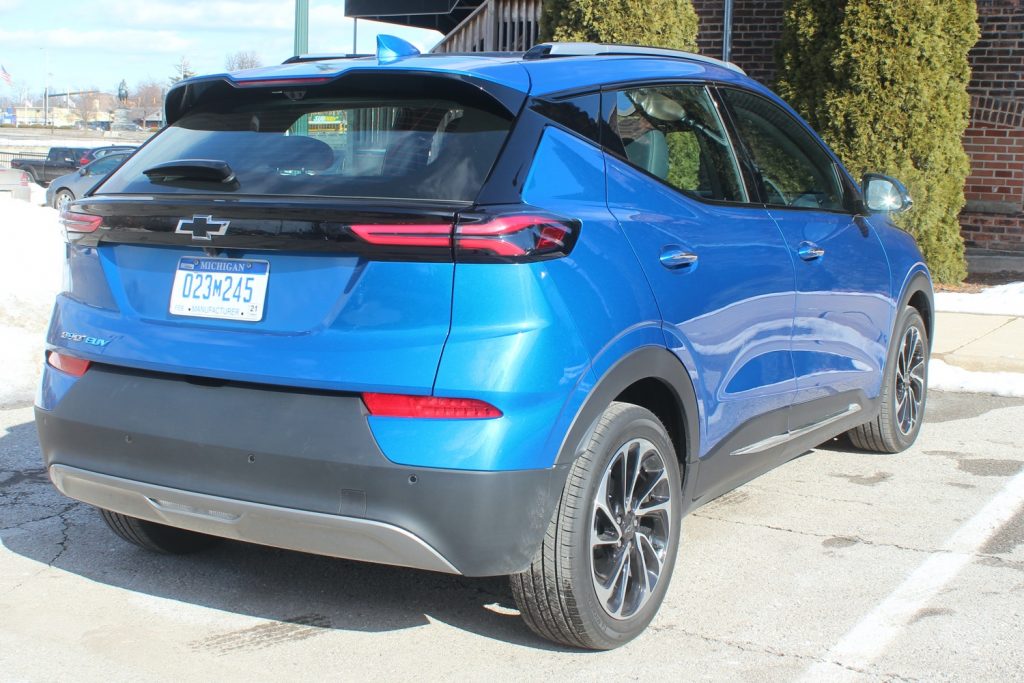 The principle structural difference between the two vehicles is that the Bolt EUV is longer, giving rear seat passengers an extra 3.1 inches of legroom. GM is also differentiating the models by making several options – including ventilated front seats, roof rails and the Super Cruise semi-autonomous driver assistance system – available for the Bolt EUV, but not for the Bolt EV.