A Chevy Monte Carlo race car that Jimmie Johnson competed in during the 2003 NASCAR Winston Cup Series season raked in $115,000 for charity at the recent Barrett-Jackson Scottsdale auction. 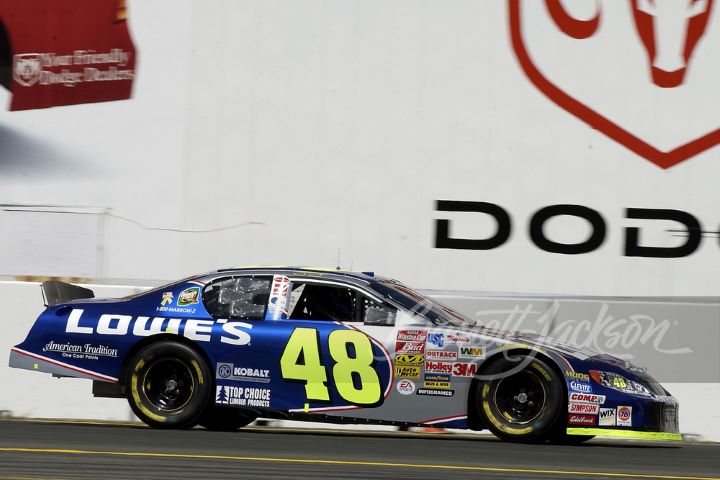 Johnson raced this Hendrick Motorsports-prepared Chevy Monte Carlo in the 2003 Dodge/Save Mart 350 at Sonoma Raceway in California. Johnson started the race in 32nd and worked his way up to 17th before the checkered flag fell, with Robby Gordon the eventual winner. Hendrick Motorsports never used this chassis in a competition setting again, but the car continued to help it develop its road course setups, serving as a Hendrick test car during the 2005 and 2006 NASCAR seasons. 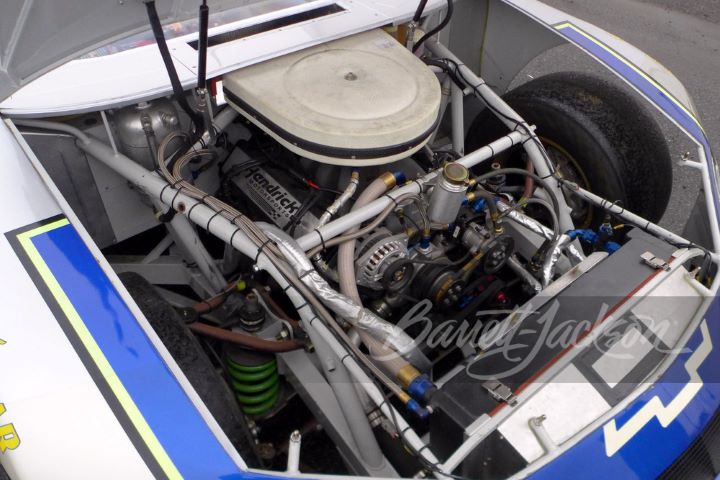 This NASCAR road course car was sold with a Hendrick Motorsports-built 358 V8 engine, which is paired with a four-speed manual racing transmission and a Hendrick Motorsports nine-inch rear end with a locking differential. The car was serviced by the NASCAR team’s expert technicians back in 2013 and comes ready for demonstration runs or track days. Something tells us the new owner of this ex-Jimmie Johnson racer won’t be driving it too hard on the track, though. After all, any car driven by the seven-time champ is a piece of NASCAR history that many fans would want to preserve. 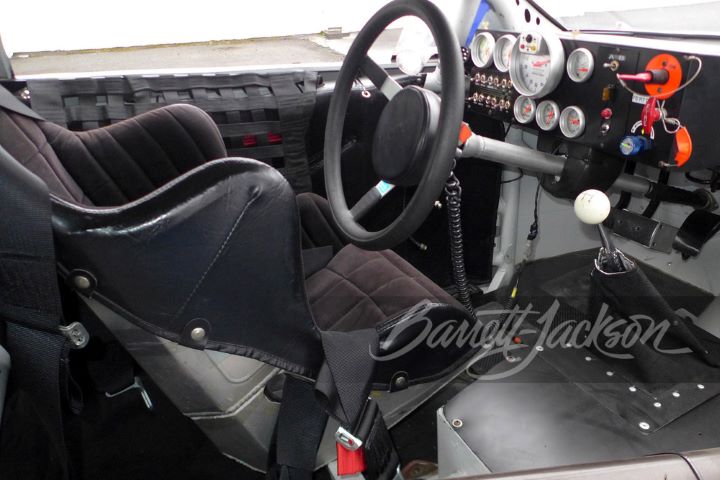 All of the proceeds from the sale of this ex-NASCAR racer will go to the Arizona Animal Welfare League – a non-profit animal welfare organization that adopts and cares for animals in the state of Arizona. The AAWL also offers behavior training, medical care, adoption services, animal-related education and community outreach programs for animals and animal owners in the state. 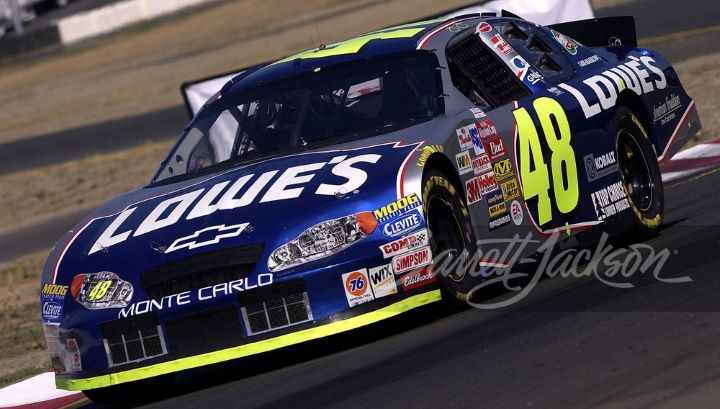 Check out the video embedded below to see this ex-Jimmie Johnson stock car fetch big bucks for a good cause at Barrett-Jackson Scottsdale.