Alan Jones from Fredericksburg, Virginia isn’t content to drive just any old commuter box to get from A to B. Rather, his daily driver of choice is this 1986 Chevy El Camino, a ride he’s kept stock and sweet with more than 300,000 miles on the clock. 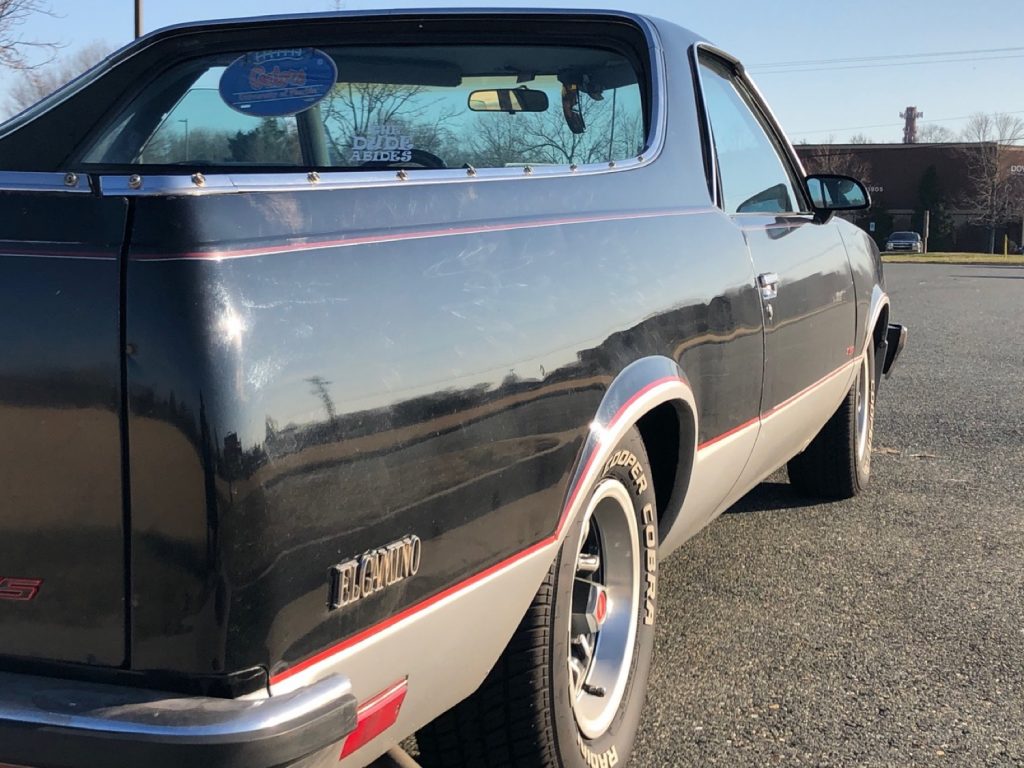 Alan originally purchased his Chevy El Camino in 2000, locating the classic coupe pickup in a yard alongside several other late-model GM vehicles, including a Chevy Conversion van, a Buick Century, a Buick Roadmaster, and a GMC pickup.

“All I had in my savings was $1,800, and my wife and I were going to use that to fund our European vacation,” Alan told GM Authority in an emailed interview. “I told the little old guy with a cane that I really liked the car, but all I could offer him was $1,800. He said sorry, but he couldn’t let it go for that.” 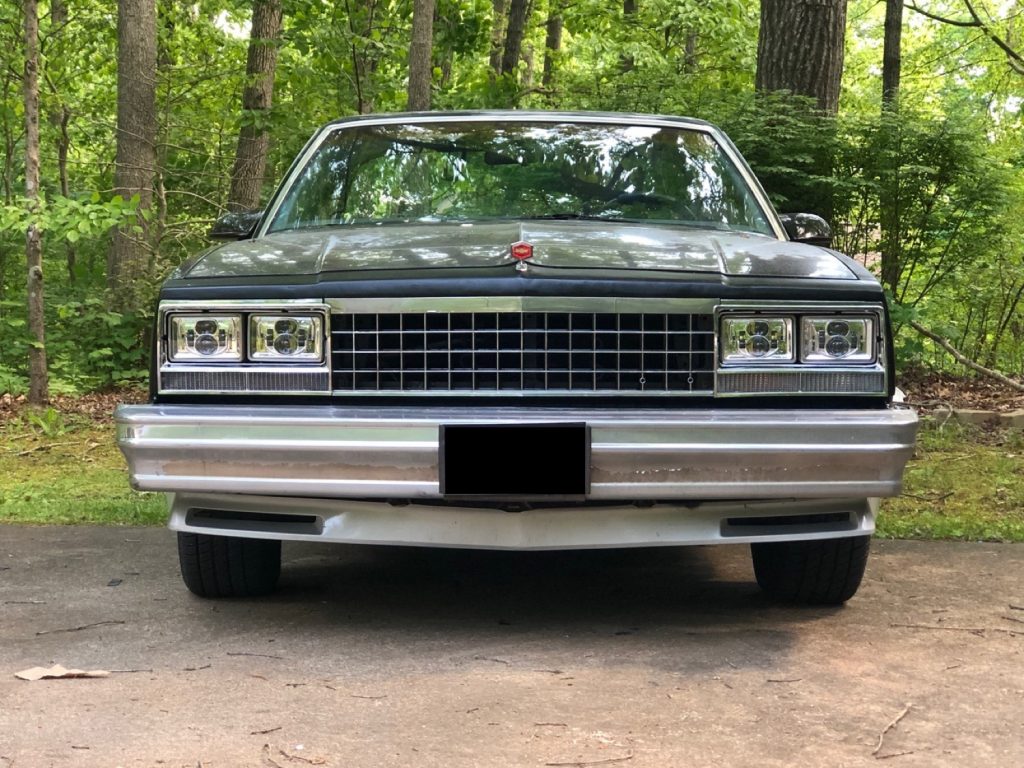 Luckily, as Alan started to drive away, the seller had a change of heart.

“I saw the little old man with his cane at his front door waving me down with his wife standing behind him. Turns out, he would let it go for $1,800. As I picked up my jaw off the ground, I looked over his shoulder to see his wife standing in the doorway making sure the deal was going down.”

Unfortunately, Alan still had to explain why the family vacation fund had suddenly turned into this 1986 Chevy El Camino.

“Needless to say, it didn’t go over well, and that year’s ‘staycation’ was a long, grueling reminder from my spouse that we could be in Belgium if we had the money,” Alan says. “But I sucked it up, and don’t regret it!” 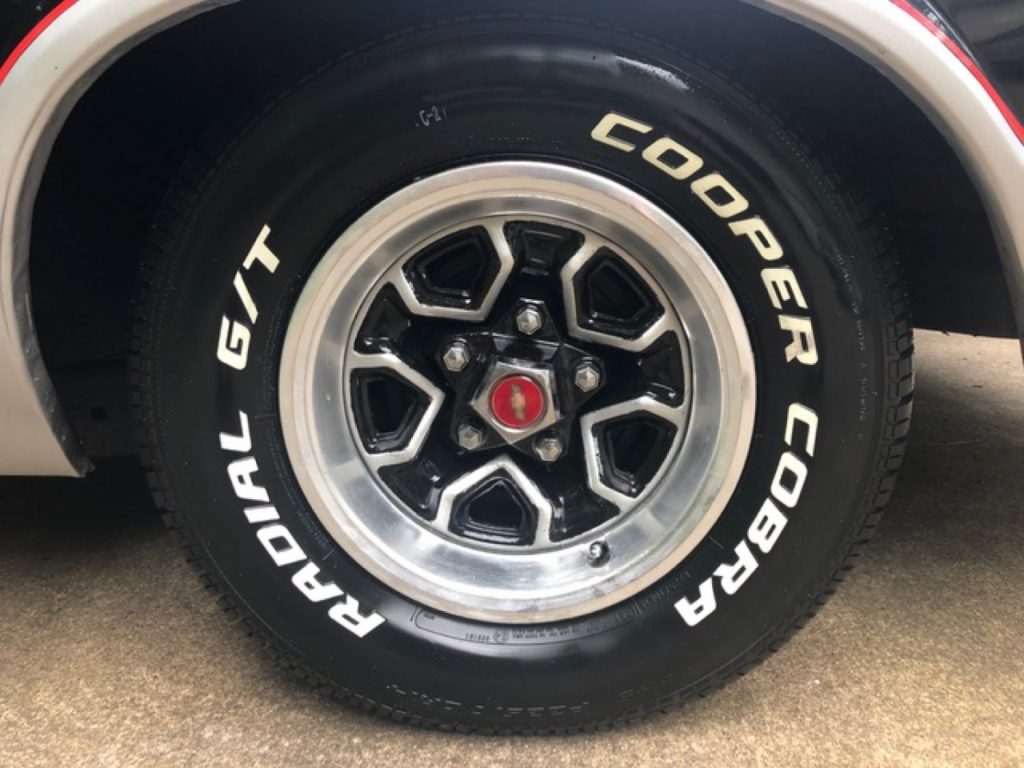 Motivation is sourced from a 305 cubic-inch (5.0L) V8 engine mated to a Turbo-Hydramatic automatic transmission, originally rated at 150 horsepower at 4,000 rpm and 240 pound-feet of torque at 2,000 rpm when new. 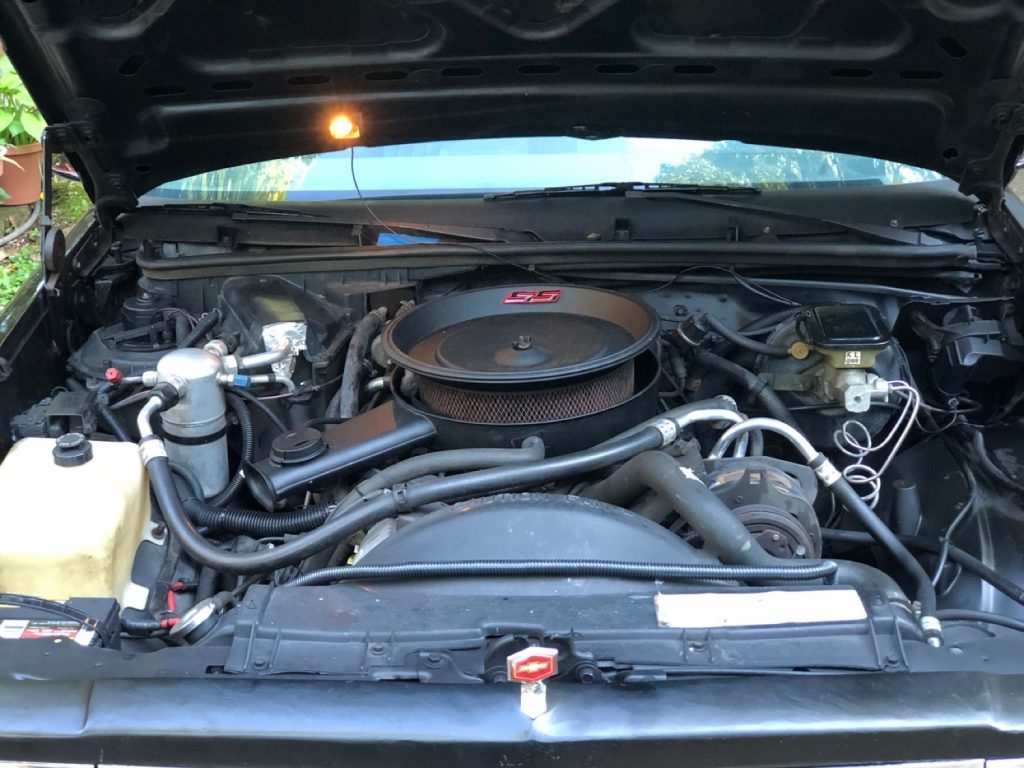 For now, the El Camino has no serious modifications or upgrades, still rocking the original factory paint, powertrain, and drivetrain. That said, Alan did feel compelled to replace a few bits and pieces, including the ratty old headliner in the cabin, a respray for the bed, and LED lighting as well. Alan also applied a fresh coat of paint to the original 15-inch wheels.

Now, this 1986 Chevy El Camino serves as Alan’s daily driver. It’s also a favorite for the local enthusiast crowd, playing the part of “a time-traveling centerpiece people love to talk about.”

“If I drove a Ferrari, or some other high-end sports car, I don’t think I could get as many compliments as I do with my truck,” Alan tells GM Authority. “Every time I drive it, I get someone commenting on it, giving me the thumbs up, or telling me about their own experience in the past with an El Camino.” 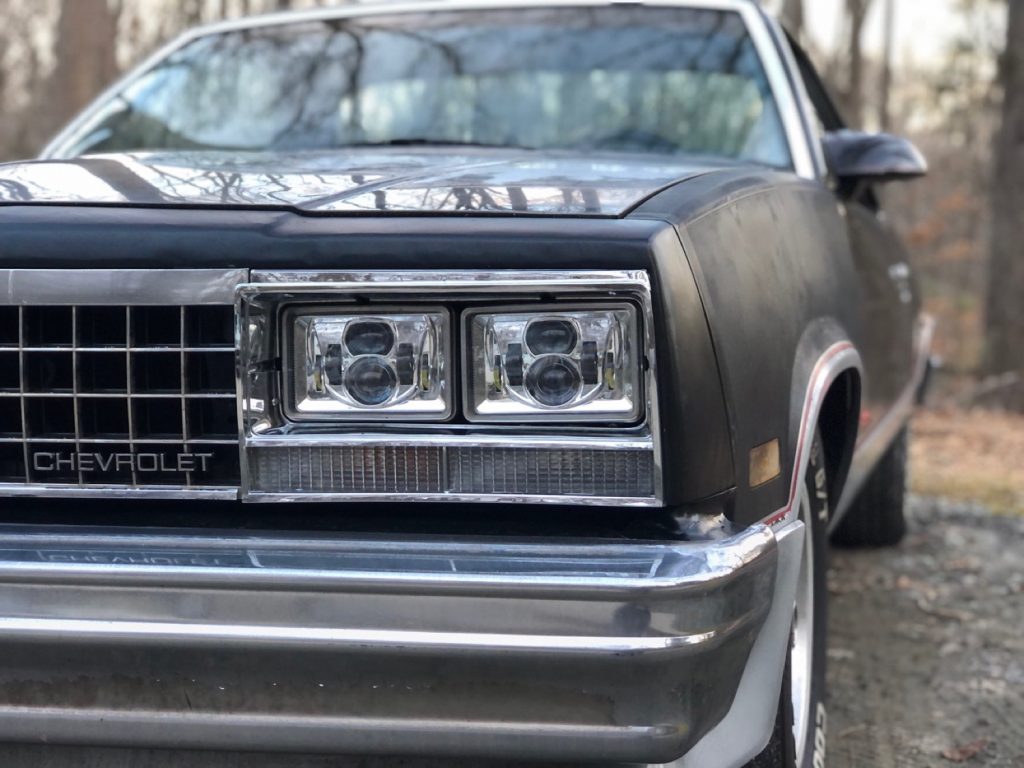 Alan has owned three Chevy El Caminos throughout his life, and can’t help but indulge in the enthusiasm. His love for the nameplate started when he was a kid with his father’s 1978 Black Knight, a vehicle which carried Alan and his buddies to the trails with their dirt bikes in back.

“I just always loved the utility of the rear end, and the car ride comfort up front. You know, like a mullet, business in front, party in the rear.”

Naturally, Alan’s passion for GM vehicles extends beyond the Chevy El Camino. Alan’s previous rides include a 1977 Pontiac Grand Prix LJ and a 1992 GMC Typhoon, both of which were sold, while a 1992 Oldsmobile Custom Cruiser is still part of his collection 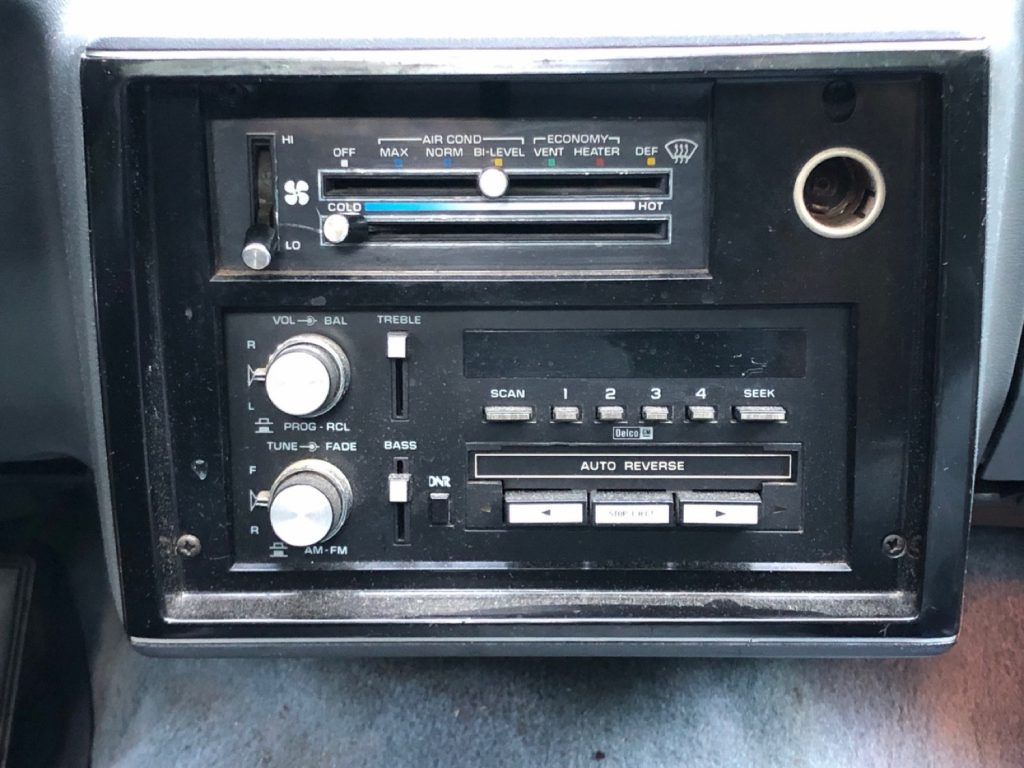 “I’ve always grown up with GM products around me. My dad sold cars at a Chevy and Pontiac dealer in Jacksonville, Florida back in the late ‘60s and ‘70s, and was always bringing a different car home every week. This first thing I would do when he got home was ask him for the keys (I was 11) and go out and sit in the car for hours, listening to the radio and playing with all the cool features.”

These days, Alan shares his passion on fan sites like El Camino Central, GBody Forum, BBody Forum, and GM Longroof Forum, as well as GM Authority. Although he wouldn’t mind upgrading his 1986 Chevy El Camino with a new powerplant and drivetrain, keeping it stock is now more a matter of pride, and Alan hopes to get the original components up to 400,000 miles. 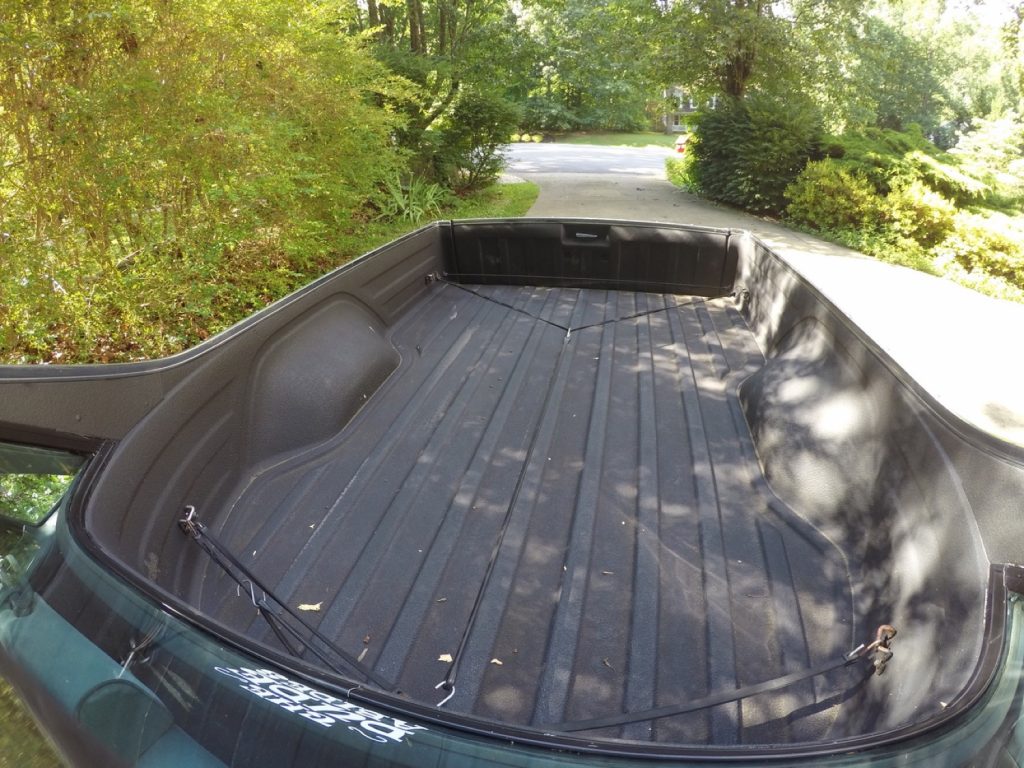 “Everybody likes to be unique. I get complements on the El Camino almost every time I’m out in it, so much so that if my wife or sons are with me and I get a thumbs up, I get a big grin and my family just rolls their eyes.”