For the final year of production in 1982, Chevrolet decided to send the C3, or Shark Body Corvette, out with a bang. To celebrate the end of the run, GM offered the Chevy Corvette Collector Edition with a higher level of standard trim and a number of features exclusive in the Corvette line. It was the first Corvette to eclipse the $20,000 base price, listing for $22,537.59. Production was limited to 6,759 units 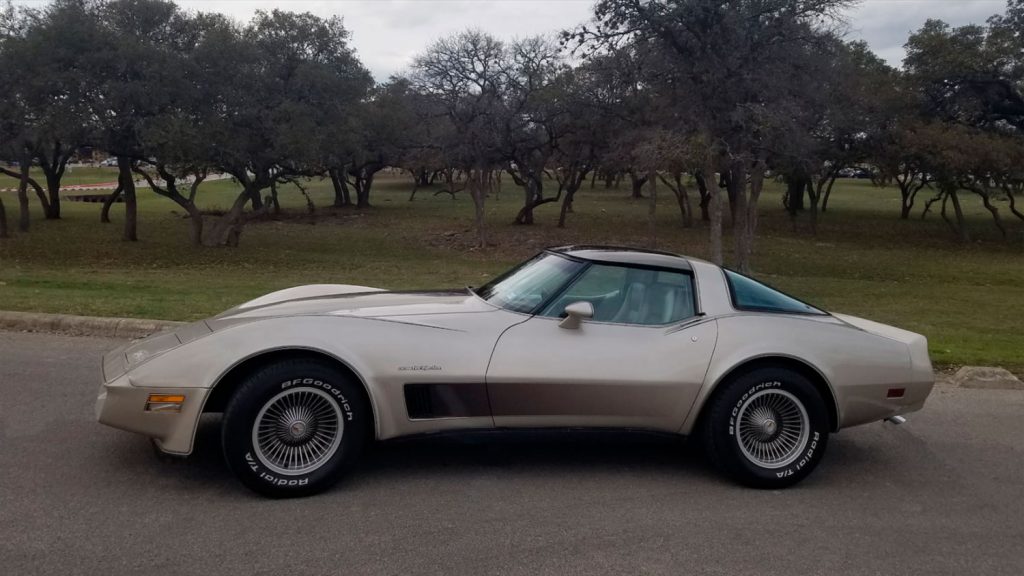 The Chevy Corvette Collector Edition was painted in Silver Beige Metallic with pinstripes and graduated side and hood decals. The aluminum wheels resembled the vaned “bolt-on” wheels of the 1967 model year. It featured an operating frameless glass rear hatch, a first for the Corvette. Cloisonne badges adorned the nose and gas door outside. 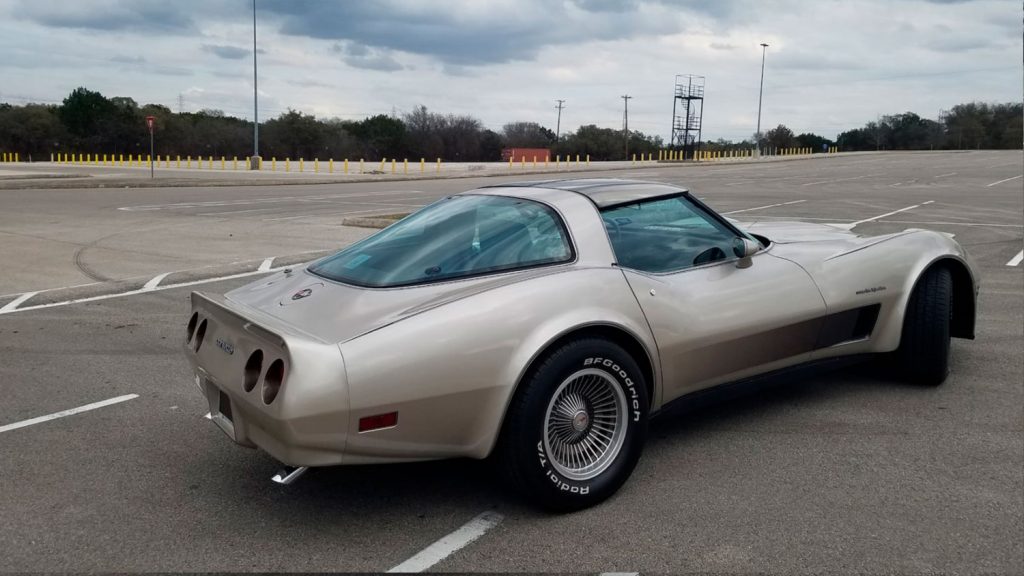 The 1982 Chevy Corvette was also the first to feature fuel injection since the demise of Rochester mechanical fuel injection in 1965. The new system was called Cross-Fire Injection, and featured twin injectors regulated by Chevy’s Computer Command Control system. Output was 200 horsepower. Backing the 350 cubic-inch V8 was another first for the Chevy Corvette, a four-speed automatic transmission. A manual transmission was not available. The Corvette’s hood featured solenoid-activated doors that directed fresh air to the air cleaner at full throttle. 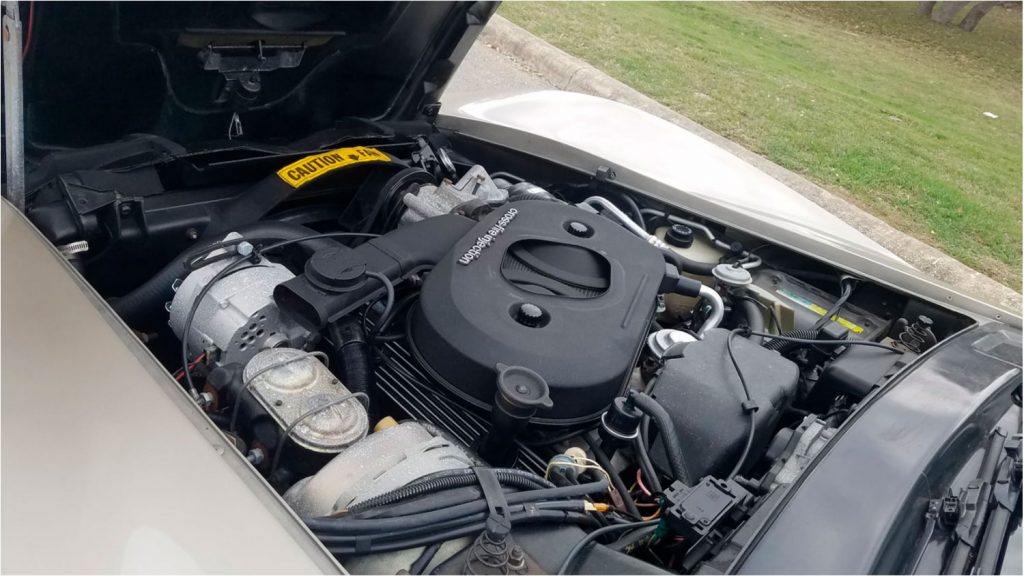 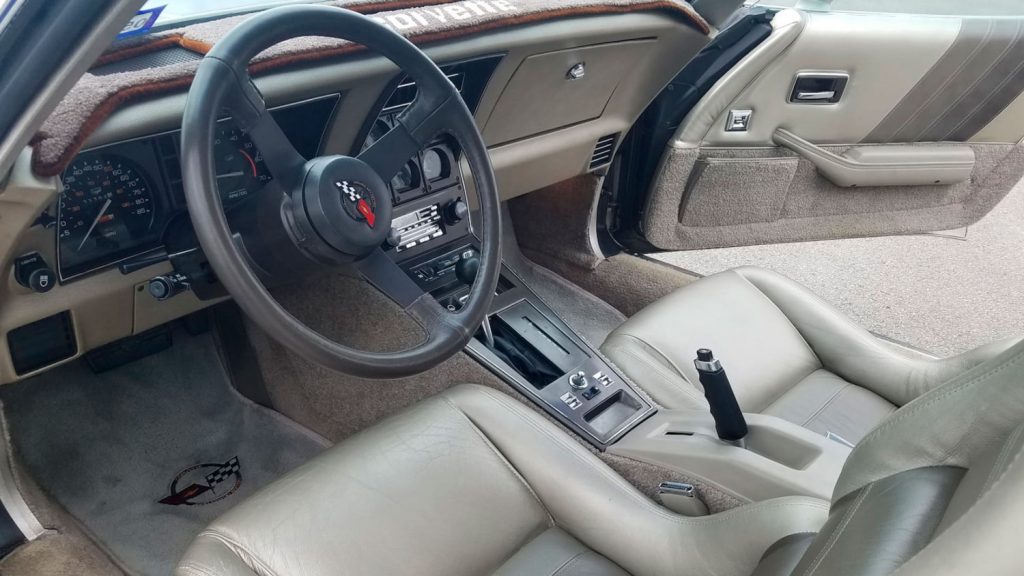 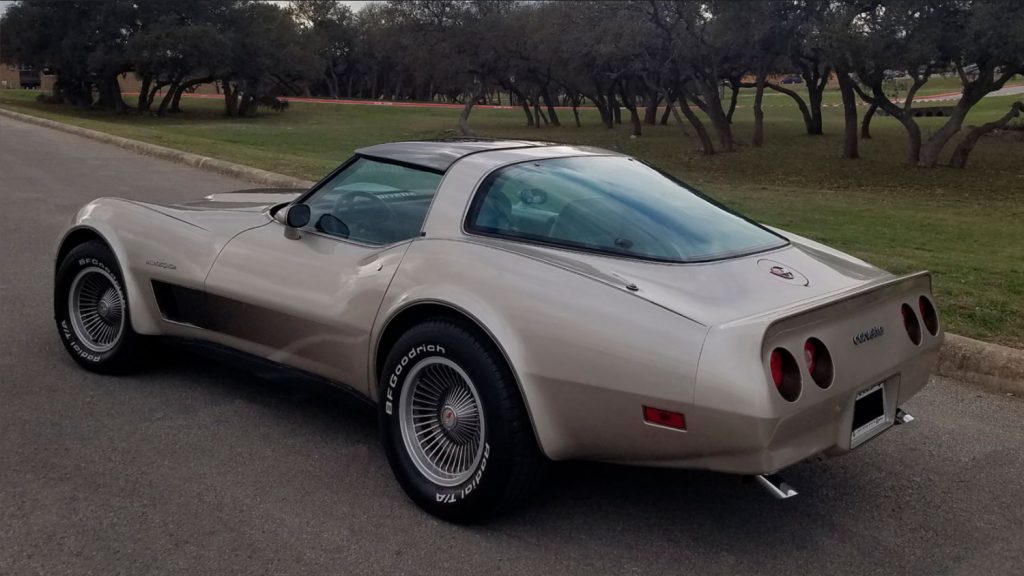 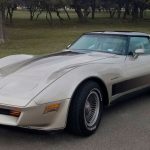 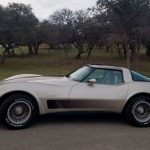 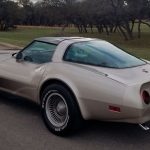 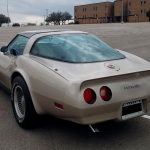 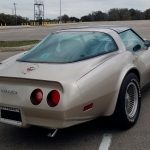 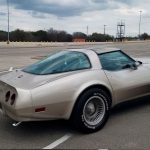 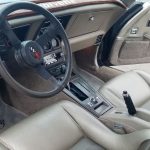 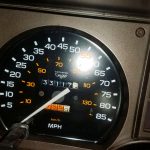 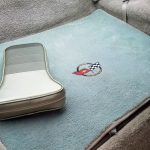 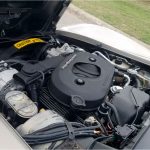