General Motors debuted the second-generation C2 Chevy Corvette for the 1963 model year, introducing a smaller body with newly restyled body panels and the Sting Ray nameplate, plus a host of performance-adding specs and modernized equipment under the skin. Now, Corvette fans have a chance to put this gorgeous numbers-matching 1963 Chevy Corvette Sting Ray “Fuelie” Convertible in their garage via a sweepstakes hosted by the Auburn Cord Duesenberg Automobile Museum. 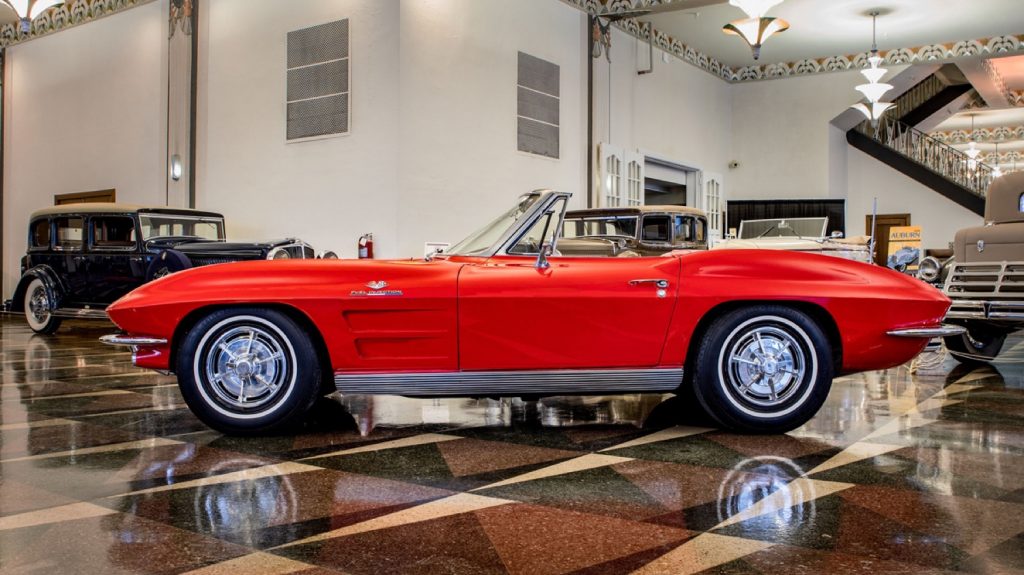 For those readers who don’t know, the Auburn Cord Duesenberg Automobile Museum in Auburn, Indiana offers visitors a chance to see more than 140 classic, vintage, and antique vehicles, all of which are on display in the rescued ‘30s-era administration building of the Auburn Automobile Company. The museum first opened its doors in 1974, and now, its offering Chevy Corvette fans a chance to win this ’63 droptop with a fundraising sweepstakes to support the non-profit museum. 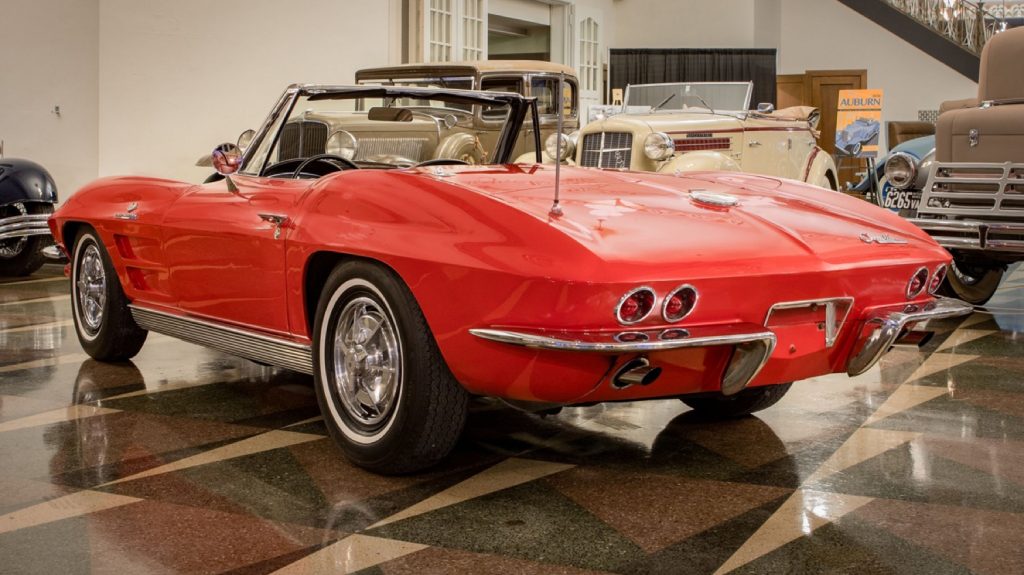 This numbers-matching Chevy Corvette is draped in its original Riverside Red paint, and features a 327 cubic-inch V8 engine producing 360 horsepower at 6,000 and 352 pound-feet of torque at 4,000 rpm when new. Output is routed through a four-speed manual to a 308R Positraction rear axle, with hydraulic cast-iron drum brakes to haul it down. Further specs for the early C2 include four-wheel independent suspension. 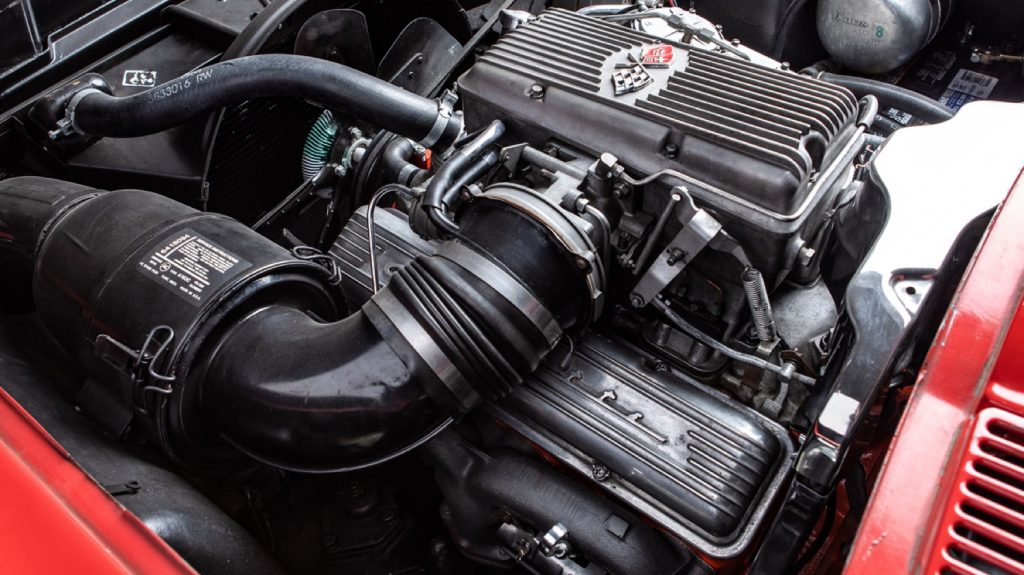 “The 1963 Corvette is a true icon of American motoring and one of the most recognizable shapes in automotive design,” the museum writes in its sweepstakes announcement. “More than five decades since its inception the C2 Corvette stands as one of the most revered iconic and collectible cars of all time.”