The upcoming Mercedes-AMG SL, which will serve as a direct rival to the C8 Corvette Convertible, has entered its final round of cold weather testing ahead of an anticipated market launch later this year. 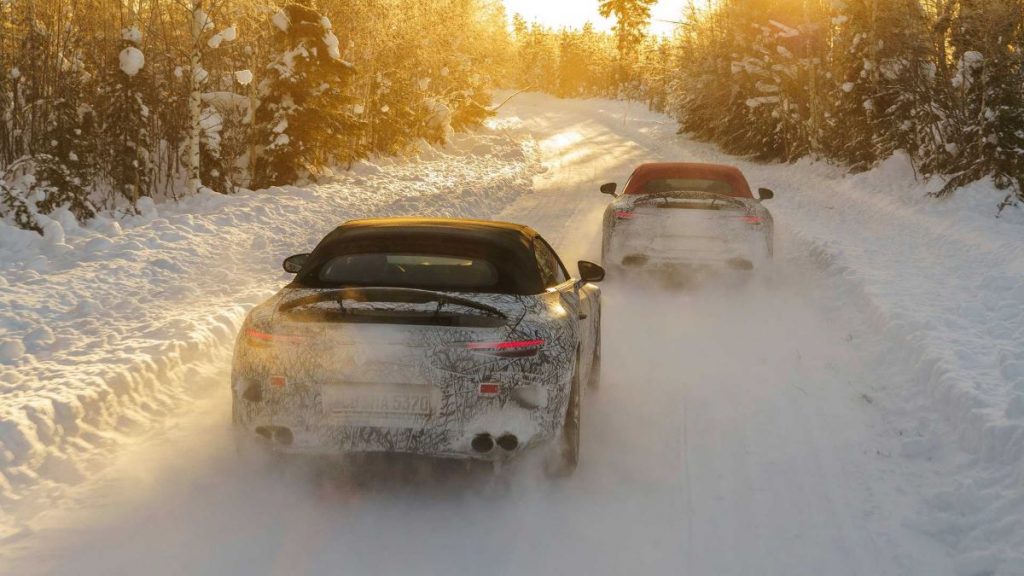 This latest Mercedes-AMG SL will represent the seventh-generation of the long-running German sports car. Unlike the two-seat model that it replaces, the new version will be a 2+2 with rear seats and will feature a soft-top roof instead of a folding hardtop. The new SL will also be sold under the Mercedes-AMG performance brand exclusively and will not be offered as a regular Mercedes-Benz product.

“The legendary new roadster will be available as model variants exclusively under the Mercedes-AMG name,” the German manufacturer said in a prepared statement. “The new SL also remains true to virtues other than its long history: with its unique design, exclusivity, and exceptional levels of quality and luxury, this new interpretation of the icon continues the success story that began in 1952.” 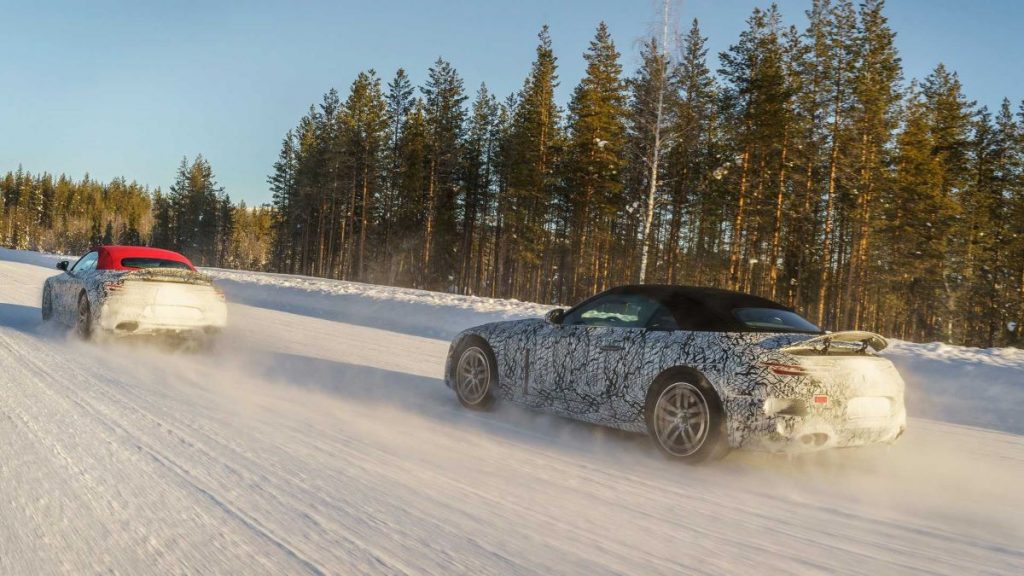 Mercedes says its ongoing winter testing program for the new sports car will focus mainly on the tuning and development of the AWD system. The cold weather outing will also put the design of its new roof to the test, ensuring the soft fabric top can withstand extreme weather and properly shield passengers from sub-zero temperatures. 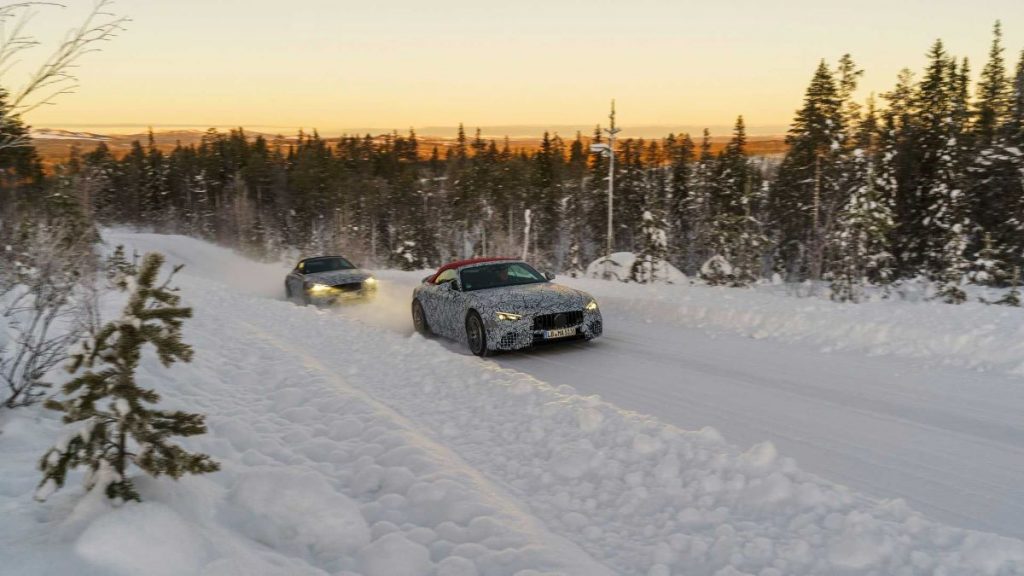 The current Mercedes-Benz SL starts at $91,000 USD for the SL450 trim level, which features a twin-turbocharged 3.0L V6 engine producing 362 horsepower and 369 pound-feet of torque. The more powerful SL550, meanwhile, starts at $114,700 and gets a twin-turbo 4.7L V8 producing 449 horsepower and 516 pound-feet of torque. It’s very likely that this new model will be more expensive than the 2021 Corvette Convertible, then, which is priced from $68,495 including destination.